Taylor Swift and Martin McDonagh discussed "The Banshees of Inisherin" as part of Variety's "Directors on Directors" series. 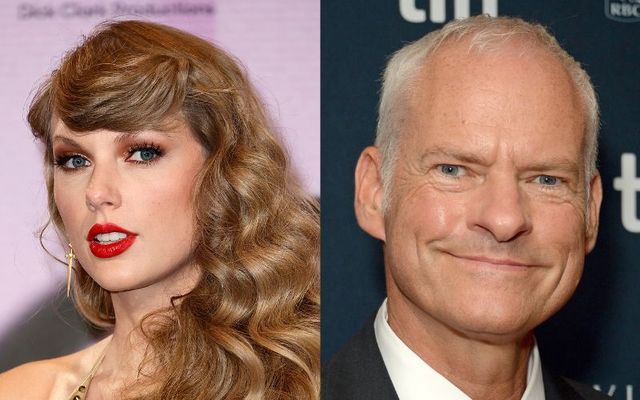 Taylor Swift and Martin McDonagh recently sat down for an hour-long conversation for Variety’s “Directors on Directors” series and discussed all things filmmaking.

Swift had warm words for McDonagh’s latest film, the distinctly Irish “Banshees of Inisherin,” while McDonagh had equally favorable things to say about Swift’s “All Too Well: The Short Film.”

During their conversation, McDonagh revealed he wrote “Banshees” with his cast - Colin Farrell, Brendan Gleeson, Barry Keoghan, and Kerry Condon - in place.

"I guess to write to their strengths," McDonagh told Swift, "but give a little leeway to bring some strange new things to it."

Swift said that she found Farrell to be “remarkable” in “Banshees.”

Elsewhere during their conversation, Swift told McDonagh she thought "Banshees" is a sad film, "but there's a lot of beautiful humanity in it that's very warm."

"Such a beautiful donkey," Swift said in agreement, "there's an incredible donkey in this film."

"She was a little diva actually," McDonagh said, "of all the cast."

(“Banshees” star Colin Farrell previously revealed how he was kicked by his ass of a co-star during filming in Ireland.)

“Yeah, I’ve heard that about asses," Swift said with a smirk, adding, "Directing animals, is that something that you had a lot of experience with before?”

McDonagh replied: “There was some rabbits in 'Seven Psychopaths.' They survived.

"But I love having them around on set. Colin Farrell, he quotes the old adage of, 'You shouldn’t work with children and animals,' but he loves it.

“And I love it too, because they’re just innocent. Everyone on the crew just loves being around them — especially Jenny. Little dreamboat.

"I watch the film now, I’m just looking at the animals. Don’t care what Colin and Brendan are doing.”

You can watch Taylor Swift and Martin McDonagh in Variety's "Directors on Directors" here: