Taylor Swift gave an Irish county a shout out in the song “Sweet Nothing” on her newly released album “Midnights.” 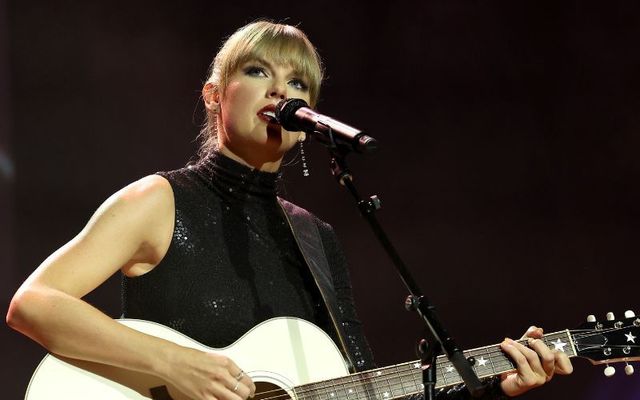 US singer Taylor Swift has referenced a special trip to Ireland in a track on her eagerly-awaited new album "Midnights.”

Released on Friday, the album features a reference to County Wicklow in the love song "Sweet Nothing".

"I spy with my little tired eye, Tiny as a firefly, A pebble that we picked up last July," Swift sings in the song's opening verse.

"Down deep inside your pocket, We almost forgot it, Does it ever miss Wicklow sometimes?"

The line is reportedly a reference to a romantic trip to Ireland that Taylor Swift enjoyed with her boyfriend Joe Alwyn.

Swift and Alwyn visited Ireland in late 2018, staying in the luxurious Glin Castle in County Limerick.

The pair were also rumored to be hiding out in Ireland during the Covid-19 pandemic after Swift posted a cryptic photograph on Twitter in July 2021.

In a post to commemorate the one-year anniversary of the release of her album "Folklore", Swift included a photograph of a distinctive footbridge in the background of one of her photographs.

Many Irish fans believed they recognized the footbridge as a structure located at Ballymastocker Bay in Portsalon. However, Swift never confirmed the rumors.

In September 2021, Swift was photographed in the Tipsy Bird pub in Belfast while the Met Gala was taking place in New York City.

The singer posed for photographs with staff at the Tipsy Bird and also paid compliments to local musician Tiernán Heffron, who was performing a set in the bar when Swift arrived.

"It’s not every day Taylor Swift walks into your gig and stays for your whole three-hour set. She was the most lovely person! She asked how she could follow what I was doing and gave me a tip," Heffron wrote on Twitter alongside two selfies he had taken with the famous singer.