Fans in USA, UK, Australia, Canada, Mexico, Spain, Germany, Austria and Italy can tune in on Amazon to watch these best friends and superstars travel around Ireland. 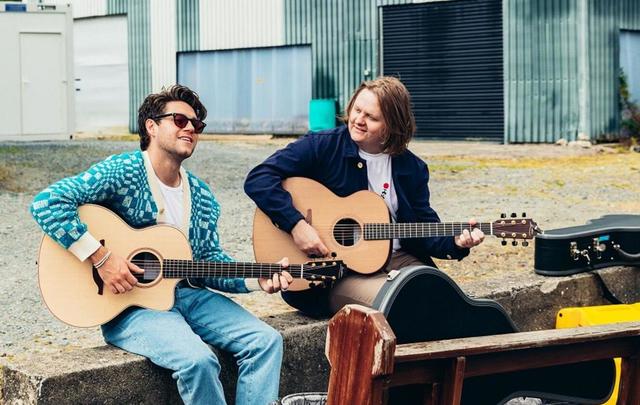 "Niall Horan’s Homecoming: The Road to Mullingar with Lewis Capaldi" initially aired on Virgin TV in Ireland and today, Oct 21, from 8pm it will be available to view on Amazon in the United States, United Kingdom, Australia, Canada, Mexico, Spain, Germany, Austria and Italy.

What happens when two of the biggest names in music embark on a road trip in Ireland? A film that captures the adventure, friendship, storytelling and non-stop laughter. All inspired by Horan’s desire to revisit and reconnect with all that he love of home; to retrace the origins of the exciting life journey he’s on and experience the reality of Ireland today, alongside side his best friend, Lewis Capaldi.

The boys’ journey saw them meet world-class guitar maker George Lowden, up-and-coming Irish artist and Tullamore native Tolu Makay, as well as local Dublin busker, Jacob Koopman. And like many an Irish host, Niall takes his Scottish visitor to the home of the black stuff, the Guinness Storehouse.

Despite leaving home and achieving international superstardom at a young age, Niall’s connection to his homeland home has never been dimmed. “I feel like I’ve never left,” says Horan happily as he sips on a pint of Guinness in Clarke’s, a pub in Mullingar that he has fond memories of. “Every time I come home, I’m just blown away by the creativity here. Not in a Hollywood way, its real authentic talent, people going out there and doing it for the pure love of the craft.”

The film tells a story of friendship and talent while celebrating modern Irish culture through the lens of two global superstars who have an authentic connection to Ireland. Both Niall and Lewis not only embody the values of camaraderie and friendship, but as two global icons grounded in their roots, they never sway away from where they started.

The episode will be available to view on Prime Video in the following countries starting from 20.00hrs BST Oct 21, 2022: USA, UK, Australia, Canada, Mexico, Spain, Germany, Austria and Italy.