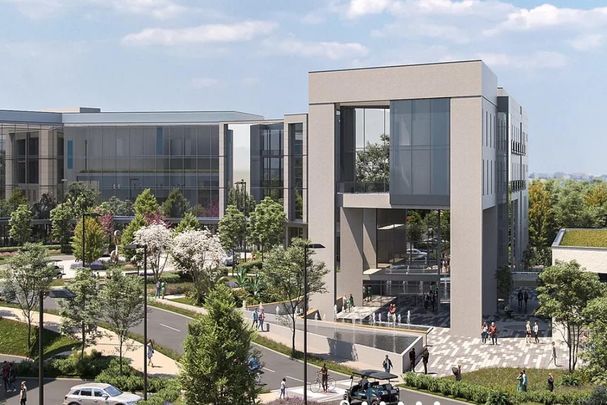 Westmeath County Council have voted to approve the development of what is expected to be one of the largest film studios in Western Europe.

Construction of Hammerlake Studios at the Lough Sheever Corporate Park in Mullingar, in County Westmeath, will be split into two phases, with the first stage set to begin in the coming months.

Phase one of the project will comprise of four sound stages, suitable for large-scale film and television production, an administrative building, workshops, data technology centers, editing rooms, and other amenities.

Construction is estimated to take 12 months with film production operations to begin from the first quarter of 2024. Some 350 production jobs and 300 construction jobs will be created in phase one.

Phase two, which will be submitted for planning approval in summer 2023, will see an additional seven studios added to the campus. When completed, the studios will comprise 11 sound stages and support facilities on 460,000 square feet.

The group behind the plan is made up of executives who have previously worked at Universal Pictures, Disney and Troy studios. They say they selected Mullingar as the location because of its close proximity to Dublin, "which serves as a major international travel hub".

Monday’s vote took place during Westmeath County Council’s monthly meeting, where representatives said the new studio would have a knock-on effect in attracting investment to the county.

Responding to the outcome of the vote, CEO of Hammerlake Studios, Paul Chesney said: “We are extremely grateful for the support of Westmeath Council for their comprehensive vote in favor of a land zoning change which will allow the phase one build of Hammerlake Studios. We greatly appreciate all the enthusiasm from the town and the local community and are committed to building a legacy for Mullingar."