Oscar-winnier Russell Crowe took a break from filming "The Pope's Exorcist" to duck into his favorite pub in Limerick City. 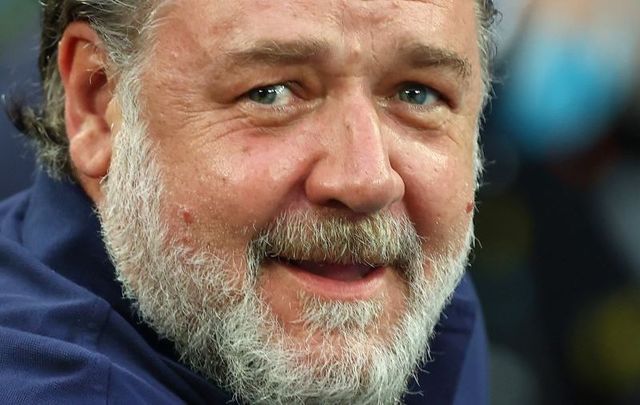 The drinks were on Russell Crowe when he visited his favorite pub in Co Limerick last week.

The Aussie actor Russell Crowe, who has a love for all things Irish, especially rugby, popped into Charlie St. George in Limerick City with a bunch of colleagues from his upcoming movie "The Pope’s Exorcist" which he spent a few weeks filming in Dublin and is now doing the same in Limerick.

"Russell Crowe and three others just walked in and then a short time later the entourage came along. He bought a couple of rounds. He was extremely generous. It was his tab," the manager of the pub, Tom Dore, told the Limerick Leader newspaper.

Crowe drank up, but he wasn’t so confident in his pint-pulling abilities so he let the pros do it.

"He was happy to stand by the tap for a photo. He was drinking Guinness. He said it was a lovely pint. He was extremely quiet and very nice. One of the regulars got his autograph and he was over the moon," Dore added.

Drinks on the house in Limerick pub courtesy of @russellcrowe https://t.co/JsmbJSxkQB

Crowe first visited the pub many moons ago with his best friend Richard Harris, the late Limerick actor who co-starred with Russell in the 2020 monster hit "Gladiator". The friendship was profound, Russell told the Irish Independent in 2015.

"He filled me with a certain type of confidence," Crowe said, "because when I met Richard I was just about to become extremely famous. He just made the decision that he was going to be my mate and he was really happy to find out in his own words that that was a worthwhile pursuit. I used to make him laugh his head off. Every time I got in trouble, he'd say, ‘That's my boy!' He was a hellraiser, but he was also a very deep and spiritual and soulful man."