Walt Disney, the man behind Mickey Mouse and the most magical place on earth, has strong Irish links back in Co Kilkenny! 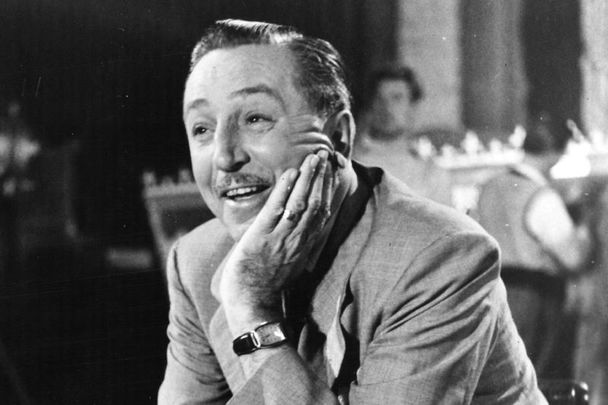 American animator and director Walt Disney (1901-1966), whose name is synonymous all over the world with children's cartoon films, particularly those featuring Mickey Mouse, his first cartoon character. He is pictured during a visit to England for the filming of 'The Sword And The Rose'. Getty Images

You might think that the animation mogul born in Kansas City might have a French background but landed estate court records show that Walt Disney has deep roots in Ireland.

The surname “Disney” doesn’t have a very Irish ring to it, deriving from the Normandy French name D’Isigny, which is probably why Walt Disney’s Irish family history can be easily forgotten. Records on Findmypast, including the exclusive Landed Estates Court Rentals 1850-1885 reveal a little more about the cartoon mogul’s past.

Walt Disney’s great-grandfather Arundel Elias Disney was born in Kilkenny c.1801. In 1832 Arundel Elias married Maria Swan who gave birth to their son Kepple Disney, Walt Disney’s grandfather, on November 2 of the same year. Arundel and Maria would go on to have 16 children, including Kepple. Records on Findmypast including Griffiths Valuation, the Landed Estate Court Rentals, and also the Tithe Deafulters include listings of the Disney family of Clone and Rathbeagh, Co.Kilkenny.

In later years Arundel and his brother Robert, along with their families, reached America via Liverpool. Arundel built a windmill on the Maitland River in Southwestern Ontario, Canada with limited success.

Kepple married another Irish immigrant called Mary Richardson in 1858 and settled in Bluevale, Ontario where Elias, Walt Disney’s father was born in 1859. The family was soon on the move again and in 1878 they eventually settled in Ellis, Kansas.

Elias worked on his father’s farm until 1884 and over the next twenty years would live in Colorado, Denver, Florida and Chicago before eventually settling in Kansas City, Missouri with his wife Flora and their 5 children, one of which was Walter “Walt” Elias Disney, born December 5th 1901.

*This article was originally published in 2014 as part of a partnership with Findmypast. For more click here.