Ireland’s largest film studio,  Hammerlake Studios, gets council approval and will open in 2024. 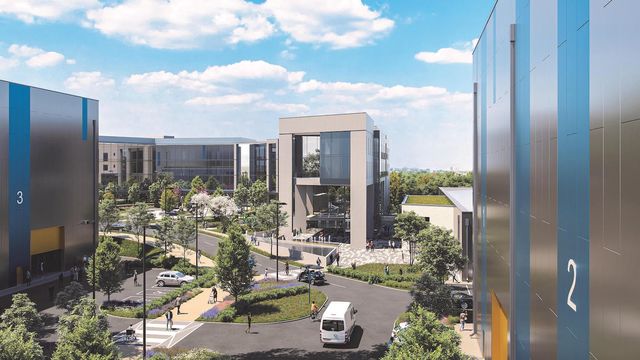 Hammerlake Studios, which will produce movies and shows, will generate €50 million annually in the Mullingar area, it will also create 1,000 jobs, with 300 construction staff to be employed during construction.

Westmeath County Council has granted planning permission for the new Hammerlake Studios project in Mullingar, which is being hailed as "transformative" for the region, should it be given full planning approval.

The planning application took a significant step forward with confirmation of approval "in principle" by Westmeath County Council on July 12th. The decision will now go before the elected councilors to be finalized by a vote in September.

Local media, including Midlands103, state that construction could then begin in October 2022.

The mammoth studio campus is set to be constructed in two phases at Lough Sheever Corporate Park on the outskirts of Mullingar town. The first phase of the project will comprise four sound stages, as well as offices, workshops and editing suites in a development over 236,000sq feet. Phase two will comprise an additional seven stages, bringing the total footprint of the studios to 460,000sq ft.

Once fully operational, the film campus could generate up to €50 million annually for the local economy, the company has estimated. It is expected the first phase of the venture will open in 2024.

Due to the size of the project, the fate of phase one rests with the elected members of the local authority, after the local planning authorities found that the construction of Hammerlake would constitute a material contravention of the county development plan. Agreeing that such a contravention would require the approval of three-quarters of the public representatives in a vote due to take place in September.

When complete, Hammerlake Studios will produce movies and shows for the global market and will contribute to the creation of over 1,000 jobs, with 300 construction staff to be employed during the building phase.

The consortium behind the investment includes Irish and UK film industry experts, who have worked at Universal Pictures, Disney and Troy Studios.