Presented by Guinness, "Niall Horan's Homecoming: The Road to Mullingar with Lewis Capaldi" will debut on Virgin Media One on Sunday, October 16, at 10 p.m. 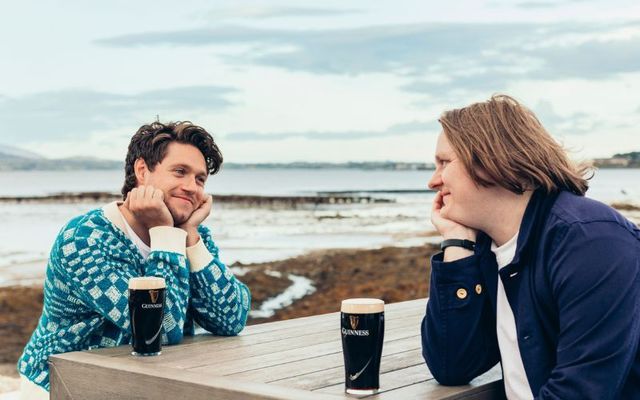 A new documentary following Niall Horan's return home to Westmeath during the Fleadh Cheoil is set to air on Irish television next week.

Presented by Guinness, "Niall Horan's Homecoming: The Road to Mullingar with Lewis Capaldi" will debut on Virgin Media One on Sunday, October 16, at 10 p.m.

The film follows the two world-famous musicians on their three-day Irish road trip filled with "fun, friendship, and laughter".

Inspired by Horan's desire to reconnect with his home, the film follows the two musicians as they travel across Ireland, retracing the origin of Horan's journey and experiencing Ireland today.

The pair stopped by the Guinness Storehouse and explored the Liberties in Dublin before taking a walk down Grafton Street and taking part in an impromptu busking session with up-and-coming musician Jacob Koopman.

The duo then traveled to Mullingar - Horan's hometown - to experience the Fleadh Cheoil.

Enjoying a pint of Guinness in Clarke's Pub, Horan told Capaldi about why Mullingar is so special.

"Every time I come home, I’m just blown away by the creativity here. Not in a Hollywood way, its real authentic talent, people going out there and doing it for the pure love of the craft," Horan said.

The pair then gave an intimate performance in Clarke's pub before enjoying the remainder of the Fleadh.