The Kildare-born star, 26, rocketed to fame a couple of years back in the BBC-Hulu series "Normal People", and his career moves since have been slow and steady.   He had a small but lauded part in Maggie Gyllenhaal’s Oscar-nominated film. 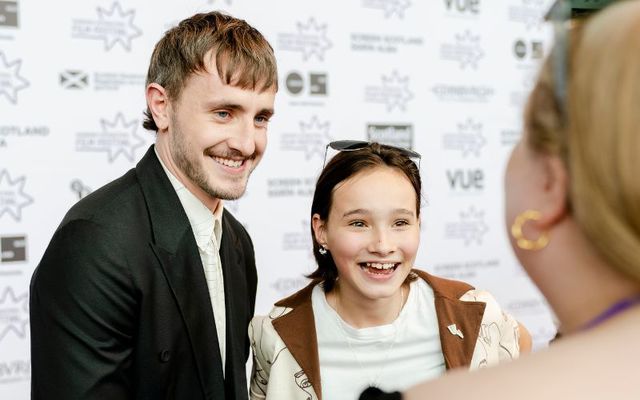 Looks like Paul Mescal has another winner on his hands with "Aftersun", his new film due for release later this year.

Kildare-born Paul, 26, rocketed to fame a couple of years back in the BBC-Hulu series "Normal People", and his career moves since have been slow and steady.   He had a small but lauded part in Maggie Gyllenhaal’s Oscar-nominated film.

"The Lost Daughter", and now he’s getting great notices for "Aftersun", which had its Scottish premiere at the Edinburgh Film Festival last week.

The movie is written and directed by Scotland’s Charlotte Wells and “reflects on the shared joy and private melancholy of a holiday (a young girl) took with her father 20 years earlier. Memories real and imagined fill the gaps between as she tries to reconcile the father she knew with the man she didn't,” says the film synopsis on IMDB.  Paul plays the father, and when Aftersun had its world debut at the Cannes Fest earlier this year, critics were enthralled.

During an interview with The Scotsman newspaper, Paul says he was keen to nail down the part right after reading the script.

“I got sent the script by my agents on a Friday, I read it a couple of times over the weekend and was very keen to meet Charlie as soon as possible,” he says.

"I think it’s important if you’re really enthusiastic about something to let the filmmaker know that you feel passionately about it. It’s one of the only powers you have as an actor. I just really wanted to be in it.  It was very clear to me that this was a beautiful character written with a huge amount of love.”

Aftersun has a November 18 release date in the U.K. It’s down for distribution in the U.S. as well, but so far nothing is set in stone.

Mescal said his trip to Edinburgh was his first time in the lovely Scottish city.

“I don’t really know why I’ve never been to Edinburgh before.  When I was at drama school (in Dublin) I was always threatening to come over and couch surf,” he told The Scotsman.

"I’m only here for a flying visit, but I was able to walk around the city a bit. The atmosphere was just incredible and the fact it is Charlie’s hometown makes it even more special.”

Check out this interview with Paul Mescal at Cannes Film Festival 2022: