It's been quite a couple of years for Irish heartthrob Paul Mescal, who’s got not one but two films premiering at the 2022 Cannes Film Festival, "Aftersun" and "God's Creatures." 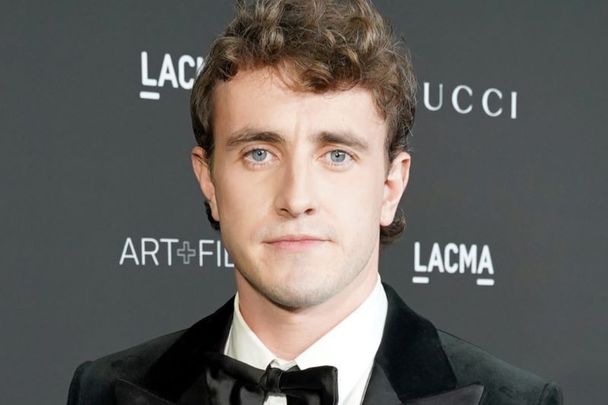 It was around this time in 2020, when the world was sheltering in place thanks to Covid, that Mescal’s star rose as we all watched, enraptured, his portrayal of student Connell in the huge Hulu series "Normal People," adapted from Irish author Sally Rooney's novel.

His early fame was based on Zoom mostly, and the 26-year-old Kildare native says his ascension to the A-list was quite something.

“It was probably all of the above, because it’s the reason I’m sitting here.”

That’s for sure. But he’s hardly resting on his laurels and has completed a number of films since "Normal People," including the critical darling "The Lost Daughter" last year, and his two new Cannes entries, "God’s Creatures" and "Aftersun."

He plays a son in the first and a father in the second, and both earned raves from the critics. "Aftersun," described as one of the “hot” films of Cannes, has a bunch of great reviews ahead of its still to be determined wide release date.

Mescal surely can have his pick of roles these days, but he says he couldn’t be bothered unless he’s moved by the script.

“My first port of call will always be the writing,” he told the Reporter. “Do I feel something? Am I moved when I read this? And that has been true of pretty much all the stuff I’ve chosen. If I read scripts that genuinely make me weep the first time, that’s my happy place.”

Keeping his feet on the ground is greatly helped by his lack of social media. He used to be on Twitter and Instagram and had close to two million followers between both, but he shut the accounts down and feels all the better for it.

“I think I’ve weathered the storm and am out the other side,” he says. “Social media is gone, which is great. And I’ve had a second where I haven’t been promoting anything. So I kind of got to disappear and essentially do the part of my job that I just adore.”

His personal life is ticking along nicely thanks to his romance with the American indie singer Phoebe Bridgers, who he’s been spending lots of time with in LA. They were pictured last week kissing up a storm, holding yoga mats, and wearing Irish GAA shorts, Paul’s go-to attire.