Jessie Buckley and Paul Mescal light up "The Lost Daughter"

Irish stars Jessie Buckley and Paul Mescal return to the silver screen in The Lost Daughter, a wrenching new film about the joys and challenges of motherhood. 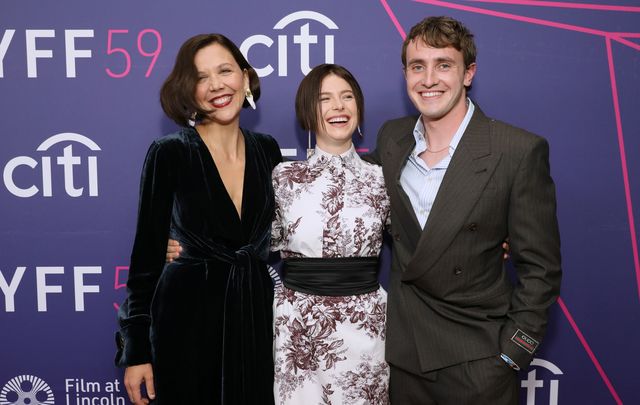 How many films have you seen about motherhood? Terms of Endearment is one, Lady Bird is another, Mermaids comes to mind quickly and so too does Mommie Dearest - reminding us that in tinsel town, bad mommy's tend to win more screen time. This week Olivia Colman, 47, stars a troubled mother in "The Lost Daughter", with Ireland's Jessie Buckley, 31, playing her younger self in a series of dramatic flashbacks.

The film, directed by actress Maggie Gyllenhaal, begins with Colman's character taking a solo Greek island holiday, but things don't go as planned from the outset.

On arrival she meets Lyle (played by Ed Harris) a former hippy who has clearly stayed too long at the party, a marker on land that she soon wants to row away from.

At first, Lyle seems carefree and impressively self-contained, but eventually, she realizes his complacent manner hides a much harsher nature than she first appreciated and a future for herself she doesn't welcome.

This Greek island is full of these foreshadowings. First of all, there's Colman's character's name, Leda. Culled directly from the famous W.B. Yeats poem, it suggests as the poem does, that people can be caught up in forces far beyond their control that can have consequences that echo on throughout their lives and after.

So The Lost Daughter clearly thinks more of itself than lowbrow tearjerkers like Terms of Endearment and it shows from the first scene. Having its origin in the novel of the same name by Elena Ferrante (the mysterious Italian author of the books that inspired HBO series My Brilliant Friend) you can tell right away that this film takes itself very seriously from the opening frame. 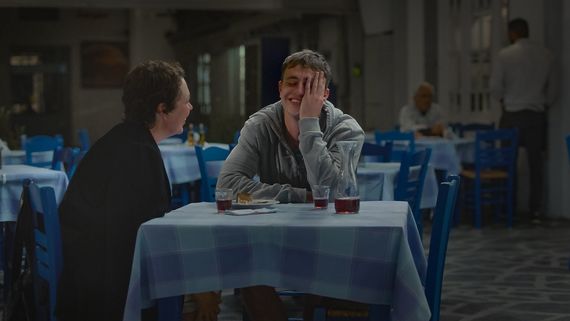 There's no question that the challenges and rewards of motherhood are a fascinating subject, but The Lost Daughter has it eyes more on all the challenges.

First of all the idyllic island is invaded by a bunch of noisy, uncouth tourists. Then out of nowhere Leda is almost felled by a pine cone falling from a tree. Later she wakes up to the sight of a cicada squatting on her pillow, and when she throws it out she discovers it has defecated on her pillowcase.

Trouble in paradise, in other words. More jarring notes follow. The fruit in the basket that her villa's host has gifted her with turns out to be rotten underneath. She wrong foots herself with the locals each time she she steps out.

The Greek resort is overseen by a handsome young Irish student named Will (Paul Mescal, 25) who makes summer cash working as a pool boy. Will is sensitive and attentive and wears very short shorts that show off his sturdy thighs, catching the eye of the women, but he knows how to be discreet.

When Leda refuses to surrender her sun bed to a bunch of ill mannered tourists, Will notices and comes to her aid. Mescal is well cast as a sensitive young man who has enough sense to see the distress in Leda's eyes, joining her when she asks him to have dinner and talking about his life.

Is this some kind of romantic overture we wonder or is Leda simply responding to the first person to be kind to her in this strikingly unfriendly resort?

As the film progresses we catch flashbacks to her earlier life (played by Buckley) as a brilliant but unfulfilled young academic, married with two young very needy daughters to help raise.

In some films this could be seen as having it all, but in The Lost Daughter the camera stays so close to the characters and the complications of parenting that the film takes on a claustrophobic, almost horror film feel.

Motherhood is an awesome responsibility, Leda tells a young mother she has spotted on the beach. It can be crushing in fact, she says. Nina, the young mother she tells this to, is played by the wide eyed Dakota Johnson, 32, who is already feeling overwhelmed by her own hyperactivity daughter and by the possessiveness of her young husband. 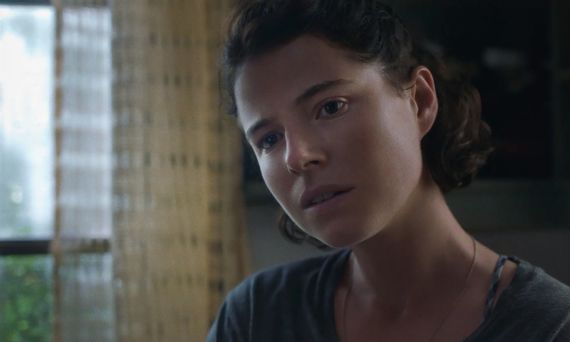 Jessie Buckley plays the younger Leda in The Lost Daughter

But it's Jessie Buckley as the younger Leda who really shines in this film. Gifted in every scene with the ability to inhabit her character so completely, watching her you don't feel like you're watching a movie, you feel like you're eaves dropping.

She's so good that she anchors the film, acting rings around Colman, Johnson et al. She makes The Lost Daughter her own not by stealing scenes but by inhabiting them with an intensity that surpasses everyone else.

What makes this film compelling is its rare honesty about motherhood.  For some women it's not a role it's a life sentence, the film shows us. When Leda has an opportunity to read her academic work overseas she leaps at the chance, leaving husband and kids behind to step into her other life as a brilliant translator and literary critic.

Then she meets Professor Hardy, a great admirer of her work, and an affair begins that forces her to confront the question she has been avoiding. Does she want to begin a new life with him, away from motherhood and her unfulfilling marriage?

When Nina asks her what it felt like to abandon her husband and kids Leda doesn't hesitate. “Amazing,” she replies, with an honesty that Nina bristles at.

Leda stays away for three years, only returning because she finally misses them. In this way her return, which is due to her own needs, is seen to be as selfish as her departure.

Later, when Nina's daughter disappears from the local beach Leda sets out to find her, and when she does she reunites her with her anxious mother - but for reasons she can't explain an impulse takes hold of her and she keeps the girls doll.

Did Leda take the doll because her own daughter once stole one that had belonged to her and mistreated it? Was this some kind of barter with time and fate to keep a part of herself free from the demands of others? 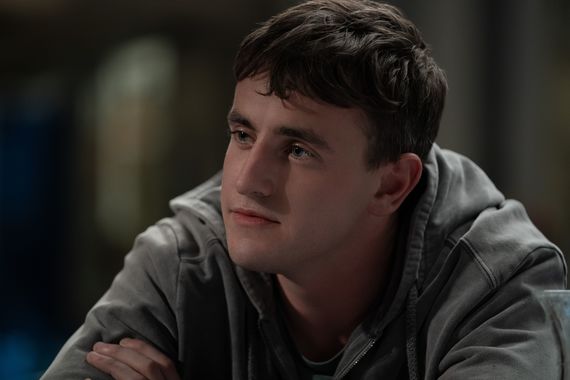 Paul Mescal plays Will, a young Irish student, in The Lost Daughter

There's no question that The Lost Daughter takes us to some unsettling places. It is clear eyed and unsentimental about the selfishness that seems to drive most people (even good old Will turns out to be less than he seemed) but it is also occasionally almost laughable in its severity and sourness.

A pine cone falling on you after an already taxing day isn't out of the question in life or the movies, but it starts to feel like overkill metaphorically. We get it, life's often a vail of tears, motherhood isn't a Hallmark card, most people suck, but the beauty of the landscape in which all these discoveries are being made and remade is among the most beautiful on earth, although we barely see it.

Self absorption is the watch word throughout The Lost Daughter, which presents itself as a refreshingly honest portrait of motherhood and its thousand shocks, but ultimately – apart from Buckley's luminous chapters - comes off as a kind of giant what about me rant.

The Lost Daughter is now showing. It will release on Netflix on December 31.