"Rumble succeeds because it's an insider's view of the sport of wrestling, made with the support and insight of actual wrestlers and the WWE." 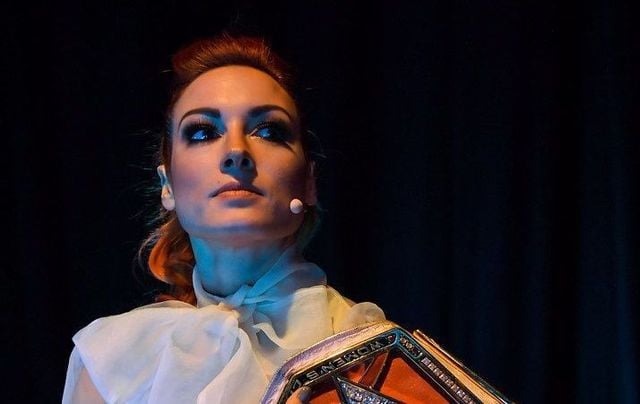 Irish WWE superstar Becky Lynch steps into a whole new arena in "Rumble" (screening on Paramount +) the new animated film about the sport in which she has made her name, but this one comes with a fun twist

Becky Lynch plays Axehammer a wrestler who also happens to be a bit of a monster.  But to fans of WWE wrestling, flame-haired superstar Becky Lynch needs no introduction. The ring name of Irish-born Rebecca Quin, 34, she's a cross between Lady Gaga, Sinead O'Connor and Queen Maedbh (Ireland's ultimate warrior queen) but this latter-day Irish queen takes no bull inside or out of the ring.

Nicknamed the Irish Lass Kicker and also Becky Balboa, the Limerick-born and Dublin raised record-breaking wrestler is now the most famous and highly paid star in the WWE firmament and next week you can catch her in Rumble, the fun new animated feature about giant monsters who – like Quin – also wrestle for fame and fortune.

The story starts in a world where monsters are the ultimate wrestling heroes and stadium title fights involving monsters are the norm. Think of showdowns between scaly monsters in those old Japanese Godzilla movies, only this time the monsters are cute as a button and funny with it and you're getting the idea. Instead of being scary, these big lovable rogues simply want what we all want, a little peace and a place to call home.

Steve is washed up when we meet him, spending his nights fighting fixed matches in an illegal ring setup where he's completely given up on his dreams of stardom, and on every other kind of dream too.

But to save her own community and the soon to be condemned sporting arena in which the biggest wrestling games were once fought the teenage Winne tries to coax Steve back toward real wrestling, a task he believes is now well beyond her ability and his. 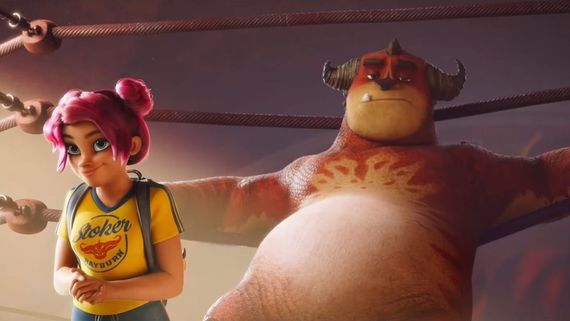 Winnie and monster Steve are the underdog heroes of Rumble.

We have been down this road before in sports films where the hero is the last person to believe in himself, but there is a freshness about Rumble that makes you root for Winnie as she persists. She sees something big in Steve, something of her own departed dad's onetime champion before they were both tragically lost at sea and she's willing to fight for it.

Rumble really understands the atmosphere and fandom of the WWE because it reproduces real-life sporting clashes and the passion that guide them with an animated twist here. We see preening and overconfident champions with their too big to fail illusions, we see arenas full of ardent fans who live or die by their heroes successes and failures and we see a money-grabbing industry whose attention to the bottom line can warp the sport that they claim to love.

These are all themes that Quin can certainly relate to. Given her chosen career, you might think she's been an athletic star all her life but in fact she has admitted she failed Physical Education (PE) in school as a teenager.

So it's a remarkable life and achievement for an unpretentious young Irish girl, who is beloved by her fans. After all you can count on one hand how many Irish wrestlers qualify for the WWE so we should really pay more attention to her unstoppable rise to fame.

Wrestling stardom isn't handed to you, you literally have to fight for it and Quins fans know just how hard she did. Fighting her opponents and her own demons – which have included a few years of alcohol abuse – she rose to fame the hard way, spending years winning the tournaments that paved her way to the big time. 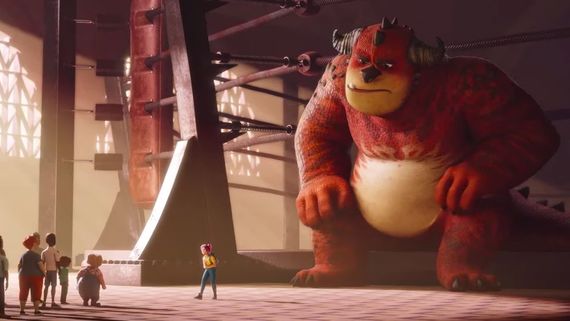 The monster called Steve is the underdog hero of Rumble.

Now she is a four-time Women's Champion, a three-time Smackdown Women's Champion and a one-time Raw Women's Champion but there were some serious injuries along the way to these illustrious achievements. One early in her career head injury was so bad it knocked her out of the game for six years. That's the kind of development that leads to what some Irish people call the professional dumper, but Quin persevered.

Upon return to the game in 2012 she signed a two-year deal with WWE. Right away she found herself on the short end, having to prove herself all over again but this she did steadily.

Dumping her former good girl character for the ass-kicking “The Man” one, the crowds soon took notice and her career took off. But 2019 turned out to be her big crossover year where audiences were wildly entertained by her feud with SmackDown Women's Champion wrestler Charlotte Flair. Then in 2020, Quin took maternity to deliver her first child Roux with her fiance Seth Rollins, one of the biggest stars in WWE.

Perhaps the motherhood, the pandemic and the semi halt in matches has allowed her to take a look at her path forward because her short but funny turn in Rumble suggests she an expansion of her horizons. 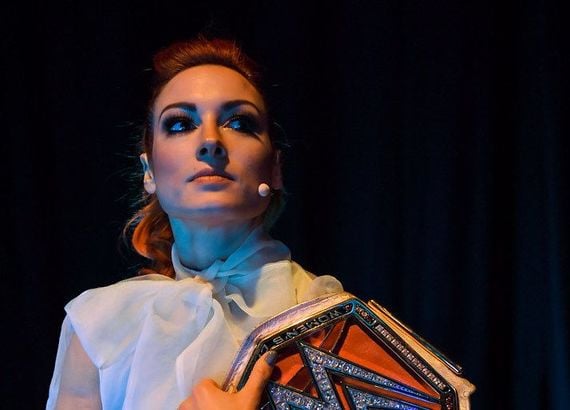 Becky Lynch lines up in Rumble on Parmount +

You can hear Quin's Dublin accent clear as a bell in the mouth of Axehammer, the scaly and sharp-nosed monster that gives Steve a near knockout in Rumble. It's about as far from her WWE persona as it's possible to get apart from the brutal smacking down her opponent part, which Quin excels at.

Rumble succeeds because it's an insider's view of the sport of wrestling, made with the support and insight of actual wrestlers and the WWE. So it's a love letter to the sport and to the wrestlers behind it, and a quiet critique of the cynicism and cronyism that can upend it.

If you don't know anything about the world of WWE this is a good primer for the personalities and professional grudges that can fuel the sport and make it so compelling. But Rumble is also a gentle reminder that it's heart as much as athletic ability that is often the deciding factor in wrestling matches and the thing that can make a good wrestler a great one in the public's eyes.

Rumble opens on Paramount + on December 17.