Irish stars including Nicola Coughlan, Jessie Buckley, and Paul Mescal were all dressed to impress at this year's Met Gala, hosted in New York City last night, May 2. 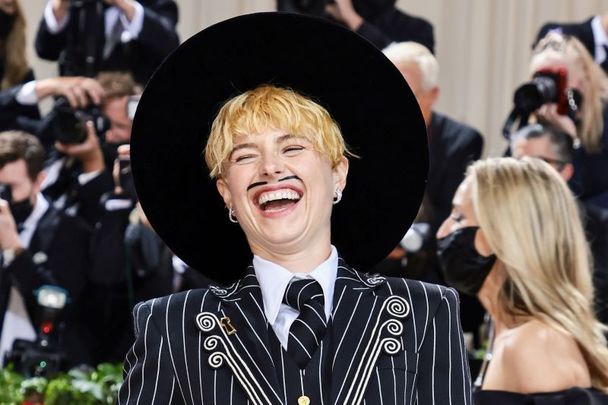 May 2, 2022: Jessie Buckley attends The 2022 Met Gala Celebrating "In America: An Anthology of Fashion" at The Metropolitan Museum of Art in New York City Getty Images

Irish stars were dressed to the nines at Monday night's Met Gala in New York City, often referred to as "fashion's biggest night out."

The theme for this year's Met Gala, the annual fundraising benefit for the Metropolitan Museum of Art in New York, was "gilded glamour and white tie," and complimented the Met's upcoming exhibition “In America: An Anthology of Fashion," which opens on May 5.

Wintour oversees the exclusive guestlist for the Gala, and this year several rising Irish stars landed an invite.

Coughlan, whose gown was from British designer Richard Quinn, said: "The pieces feel amazing to wear, even when I put on the first toile it was beautifully cut.

"Richard and his team are so impressive."

Ahead of hitting the red carpet, Coughlan said: “There [are] too many people that I’m excited to see in their looks.

“I’m excited to have my friends Phoebe Dynevor and Simone Ashley from Bridgeton there, as well. It should be a party!”

Later in the evening while watching Lenny Kravitz perform, Coughlan wrote on her Instagram stories: "Good at times like this to remember I used to work in a Spar."

A post shared by The Metropolitan Museum of Art (@metmuseum)

The day after the soirée, Coughlan gave an Instagram shout-out to none other than Aer Lingus for getting her and her dress safely to The Big Apple.

"Your staff are truly the loveliest people and I’m so grateful to you," she wrote.

Mescal, who became a fashion icon in his own right last year after donning his GAA shorts in GQ magazine, was flanked by his rumored fiancee Phoebe Bridgers at the event.

Ahead of the evening, Mescal, who looked slick in Valentino and Cartier, told GQ: "The Met Gala is the most alien thing I’ve ever done or been to.

"I’m excited to get the red carpet out the way successfully and not fall up those steps."

A post shared by The Metropolitan Museum of Art (@metmuseum)

But it was Kerrywoman Jessie Buckley who may have had the most fun on Monday night. The Oscar-nominee, who opted for a Schiaparelli pinstripe suit and broad-brimmed hat, completed her look with a drawn-on mustache.