Starring opposite Rooney Mara, Claire Foy, and Frances McDormand, Buckley owns the screen in this harrowing new life-or-death tale about abuse and survival. 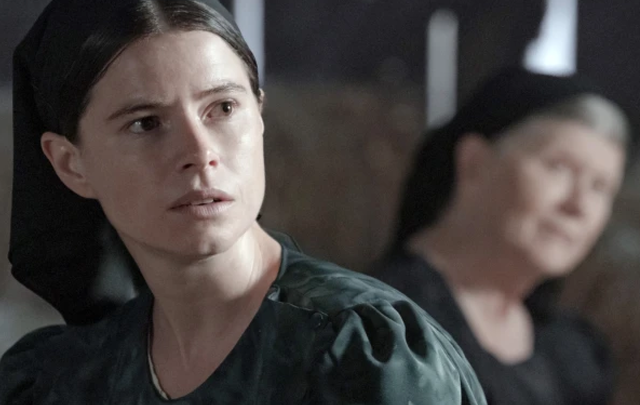 Let's admit this is no one's idea of a seasonal Christmas film because the themes of "Women Talking" are about as hard as any life has to offer, but it is a powerful new film about the impossible bind that religion and patriarchy put women in.

Recall that the Irish religious history of the last century is itself a testament to the ongoing dangers of that bind and we haven't even begun to lift the lid on its long and abusive legacy. So before judging the women in this story as a bunch of backward fundamentalists, we would want to take a hard look at ourselves.

Based on the best-selling book by Miriam Toews, actor and director Sarah Polly has written and directed the screenplay and it's fair to say she has put her heart and soul into what's depicted.

Starring breakthrough Irish actress, Kerry-born Jessie Buckley, 32, and Irish American actress Rooney Mara, 37, as the two sides of a profoundly polarizing debate, the casting of this film is masterful and a strong female ensemble emerges.

The story "Women Talking"  tells is based on real events. One evening, eight Mennonite women – a group of the ultraconservative Anabaptist Christian church who are rather like the Amish - climb into a hay loft to conduct a secret meeting.

They are there because for the past two years each of these women and more than a hundred young girls in their religious colony has been repeatedly raped in the night by what they are told must be Satanic demons coming to punish them for their sins. 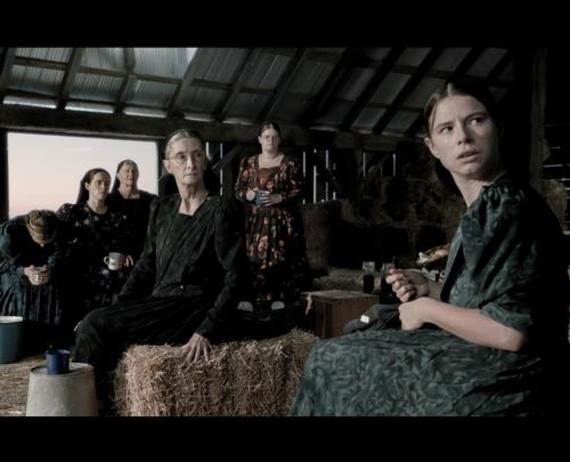 But the violators are not demons, they are merely men of their own faith tradition who drug and then attack unsuspecting women and girls at night until they vow to protect themselves and their daughters from all future harm.

In a way, one of the young women later says, it is worse than these men tried to make us doubt ourselves and our faith after our own rapes. So the question before the women now is simple, stay or go?

Well, in fact, it turns out to be not that simple a question. How do you leave when you have not been educated? If you can't read, as these girls have been forbidden to, then you can't read a map to find a new place to live.

In fact, as one of them puts it, if nothing you had ever thought has ever mattered how do make it matter now? How do make sense of what happened to you and where it all should lead? Answering these thorny questions is why the women have assembled and it takes up most of the screen time.

"Women Talking"  has a distinctly stagey feel to it throughout because much of what happens occurs in a barn where a tense and life-changing debate among the women is being recorded by August Epp (played by the note-perfect Ben Whishaw) the only man who's permitted to be in their presence to record the minutes of what is being said.

Foy, Buckley, and Mara are the heart of the film, playing characters who respond to their abuse in wildly differing ways. Buckley plays Mariche Lowen, a young wife who has been physically and sexually abused by her husband and targeted by attackers. She can barely repress her cold fury and it comes out in ways that could make her character unrelatable in clumsier hands. 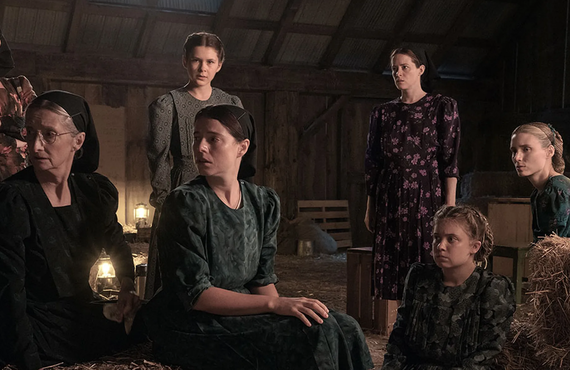 Instead, she plays the most sympathetic and funny person onscreen, whose incredulity undercuts all the windy rhetoric that she hears all around her. Marche is strong enough to stay put but wise enough to want to leave and she wants her friends and neighbors – all women – to come to a final agreement so that they can all move on, in whatever way possible, from the pain of the present.

Buckley is simply sensational as the pragmatist and rock of the community, roles she didn't ask for but nevertheless excels at. It's the kind of all-electric performance that leads to a Best Supporting Actor nod. By turns furious and funny, she is hiding her own pain behind a mask of anger that makes it all the more moving when that mask drops.

Mara plays Ona Freisan who is in many ways Buckley's foil, being the smartest and most self-possessed woman in the room. Others can mistake her sensitivity for weakness until they discover the steely backbone that's supporting all the compassion.

Claire Foy, best known for playing the young Queen Elizabeth in the Netflix series The Crown, plays Salome Friesan, a young mother whose four-year-old daughter is ill from some circumstance that is not immediately explained.

What you might not suspect, given the dark subject matter, is just how much fun "Women Talking"  ends up being. These characters delight in mocking, teasing, and scaring the daylights out of each other in ways that will have you almost jumping out of your seat at times. So if you're thinking you're in for a shrill feminist lecture, well you're in for a few surprises. 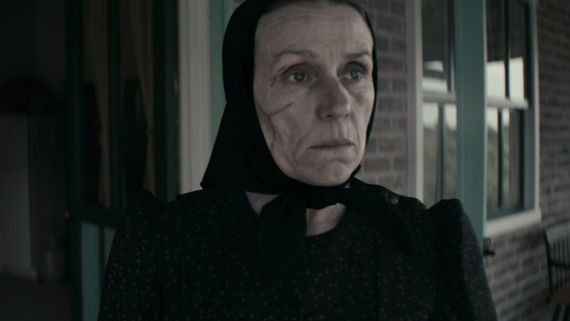 Foy's character Salome is at times so angry she's almost ready to levitate and is sensational as the mother looking for a better life for her children. Eventually, we learn the cause of her deep fury, her daughter is suffering from an STD and is only four years old. Foy burns up the screen with her call for vengeance and her desire to put this place and these men behind her.

Frances McDormand only appears in a few scenes as the scarred woman who is literally referred to as Scarface Janz. She is the only woman in the ensemble who has already decided that forgiveness and staying put are the only courses of action.

Her face is a mask of forbearance and repressed rage, so much so that it makes you and the other women in the drama understand the real cost of living in this place among these men. She doesn't mean to be, but she's the embodiment of all they want to escape.

It's always a risk to make a film with this subject matter. There is a legion of critics already waiting to blast it as typical Hollywood liberal hand-wringing and worse as if the plight of women wasn't worthy of our notice. These gifted actresses remind us that it certainly is, and they explode our expectations in the process.

“Little is taught by contest or dispute, but everything by sympathy and love,” says August, quoting Samuel Taylor Coleridge. That message is the justification not only for the women's dramatic decision to leave but also for the film itself. The world can and should be a better place it reminds us, but the hard work must always start with you.

"Women Talking"  is a timely reminder that its themes are as relevant now as ever. Sexual violence and female exploitation didn't just happen in the olden days and we're all wiser now. If the world really is to change, it reminds us, then we must all change with it.