On This Day: Easter Rising leader William "Willie" Pearse was born in Dublin, 1881

A look at William Pearse's life and his involvement alongside his brother Patrick during the 1916 Easter Rising in Ireland. 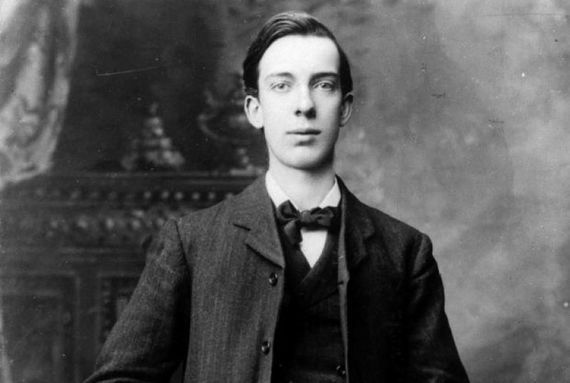 William Pearse, a leader during Ireland's 1916 Easter Rising, was executed in Kilmainham Gaol. Below, a look at the Irish revolutionary's life.

William (Willie) Pearse was born on November 15, 1881, two years after his brother Patrick in the same house on Great Brunswick Street. From his birth to his death Willie was the closest friend his brother ever had.

They were so close that Patrick wrote about Willie: “What greater thing has ever happened to me than the coming of that good comrade? Willie and I have been true brothers. Willie’s companionship has been the one solace of my sorrowful life. As a boy, he has been my only playmate, as a man he has been my only intimate friend.”

While Patrick leaned more to the literary, Willie followed in his father’s footsteps and became an artist. He studied at the Metropolitan School of Art, Kensington School of Art in London, and also in Paris. His most famous work, the Mater Dolorosa, can be viewed in the Mortuary Chapel of St. Andrew’s Church on Westland Row in Dublin (very near Pearse Station).

His other works are also on display at the Pearse Museum in Rathfarnham, the Cathedral of St. Eunan and St. Columba in Letterkenny, Donegal, and Limerick Cathedral. When Patrick opened his new school, St. Enda’s, Willie sold the family business and devoted himself to Patrick’s new venture.

Willie was a bit of a bohemian with long hair and a flair for the stage. With his sister Mary Brigid, he formed the Leinster Stage Society, which put on plays at the Abbey Theatre for the financial benefit of St. Enda’s.

Apparently, he was not a natural. Máire Nic Shiubhlaigh, Cumann na mBan member and stage actress, gave this blunt assessment of Willie’s stage talents: “It seems a hard thing to say that he was never terribly successful as an actor. He never lost his self-consciousness on a stage. He was acutely aware of the unsuitability of his speech… [he spoke slowly, with a lisp]…His voice never completely became his servant. But what he lacked in ability he made up in enthusiasm.”

Willie was a member of the Irish Volunteers and held the rank of Staff Captain. During Easter Week he was the aide-de-camp to his brother and basically served as a courier for his brother, making sure orders were delivered around Dublin.

“He was such a quiet, unassertive, inoffensive individual, one could not associate him with bloodshed,” said T.K. Moylan. “I doubt if he ever fired a gun, even in Easter Week. I could not think of anyone less likely to take the life of a fellow man.”

Willie left the GPO with his brother and the remaining volunteers and took refuge in Moore Street. Upon surrender, he led his men, carrying a white flag.

At Richmond Barracks Liam O’Briain observed: “There was a dreamy-eyed, young man with rather long hair who looked like an artist and was wearing Volunteer uniform … Young Pearse was turning from side to side on my left, very disturbed, though he was fast asleep.”

At his court-martial, he was the only one to enter a plea of “guilty.” He told the court: “I had no authority or say in the arrangements for the starting of the rebellion. I was throughout only a personal attaché to my brother, P.H. Pearse. I had no direct command.” He was condemned to death.

The British tried to bring Willie from Richmond Barracks to visit Patrick before he was shot at Kilmainham, but when he got to the jail he was told he was “Too late.”

Unlike Patrick, he was visited the night before his execution by his mother and sister Margaret. “We talked quietly, calmly [to him] and chiefly about personal matters,” recalled Margaret. “We told him how proud we were of him and Pat, and that we were satisfied they had done right…[Then]…we bade [him] …a last goodbye and left him gazing after us, one longing, sad look till the cell door closed… Though our sorrow and loss are very great indeed, we were resigned. Pat and Willie, so wonderfully united in life, were also united in death.”

He received the sacraments before his execution. Said Father Augustine: “He was beautifully calm, made his confession as if he were doing it on an ordinary occasion and received Holy Communion with great devotion. A few minutes later he stood before the firing squad.”

He was shot between 4-4:30 a.m. His body was removed to Arbour Hill where he was buried between Michael O’Hanrahan and Joseph Plunkett. His biggest crime, it seems, was being the brother of Patrick Pearse.