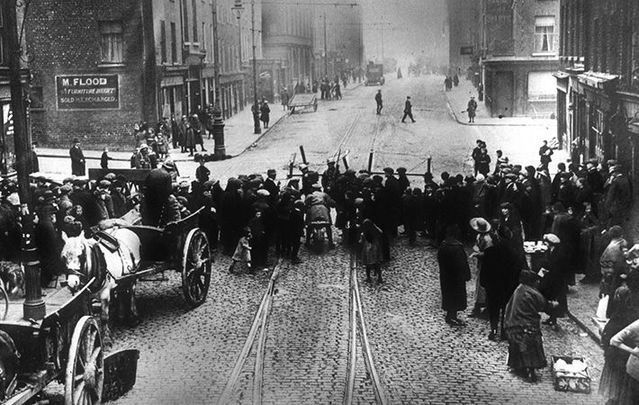 Documents released online at Military Archives reveal details of the lives of pension applications made by Irish republican veterans from before the 1916 Rising to the 1920s.

Anyone interested in Irish history is going to want to check out the documents published online in 2019 from the Military Archives in Dublin (just click here). The release was made up of pension applications made by Irish republican veterans from the period before the Easter Rising through into the 1920s. What makes these particular records so interesting is that the applicants were required to include detailed accounts of their activities, the units they served in, and their commanders in the Irish Republican Army and other Republican organizations.

The applications were mainly made in the 1930s and later, so the applicants’ addresses mirror the spread of the Irish diaspora at the time as can be seen if you scroll around on the map below showing the locations of individuals in the files released this October.

A typical file includes forms recording when they joined the IRA, who their unit commander was, the types of activities they participated in, and any wounds they received or periods of imprisonment. There are also statements from former comrades to support their application.

Davy Mathew's application, see the image below, covers the period from 1914 to 1933. He had served in Fianna Éireann, the Irish Volunteers, and the IRA. He had been arrested in 1917, 1920, and then frequently from 1922 onwards and spent time on the Argenta prison ship, Larne Camp, and jails in Derry and Belfast. You can read his application on the Military Archives website here and read more about his time in the IRA here (in the recently published Belfast Battalion book on the history of the IRA in Belfast from 1922 to 1969).

After the War of Independence and Civil War, the new Irish Free State government had sought to recognize those that had served in the various republican organizations (such as the IRA, Cumann na mBan, and Fianna Éireann) by rewarding them with pension entitlements for their period of service. Later, in the 1930s, various formal and administrative changes made to how that entitlement was defined. Over time this meant that individuals excluded from the scheme, who had fought against the Free State side in the Civil War or who remained active with the IRA into the 1930s and 1940s were gradually encouraged to apply to have their pension entitlement established.

Many of those who had opposed the Free State had refused to accept it had the legitimacy to govern (claiming it was usurping what they regarded as the only legally constituted government the Dáil Éireann it had replaced in 1922). So applying for a pension entitlement from the Free State government was seen as a hugely significant political act. Those that continued to refuse to recognize the legitimacy of the Free State, like the IRA and Cumann na mBan, regarded the whole pension process as a thinly-veiled financial inducement to abandon their hostility to the Free State.

The pension applications are rich in social history as they record details of IRA and Cumann na mBan veterans working lives, family and economic circumstances, and the impact their republican activities had on their later lives, in some cases forcing them to consider emigration. Similarly, they often record how their experience of imprisonment became the source of lingering ill-health. The administrative files for those awarded pensions also create a commentary on the hand-to-mouth existence many leads in the decades after the 1920s.

Republican veterans who lived in the north and made applications to the scheme often found their post being censored and opened by the Unionist authorities. Davy Mathews notes in one letter to the Pensions office in Dublin that the censor had opened correspondence to him but forgotten to put an envelope back in with the letter. Mathew's application for a pension may even have precipitated his own expulsion from the IRA in 1934 (you can read more about that here).

You can search the pension applications at www.militaryarchives.ie.