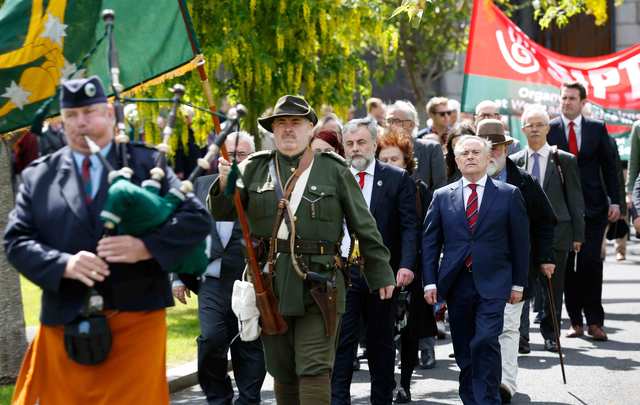 Fourteen of the sixteen executed leaders of the 1916 Easter Rising are buried in Arbour Hill, but it has been almost forgotten by tourists and locals alike.

After the Guinness Brewery, perhaps the most visited Dublin tourist attraction is Kilmainham Gaol, where 14 of the 16 Irish rebels of 1916 were executed. Today Kilmainham is so popular you need to book in advance to view the 18th-century prison, home to men, women, and children who dared to cross British jurisprudence so cruelly aimed at the Irish. 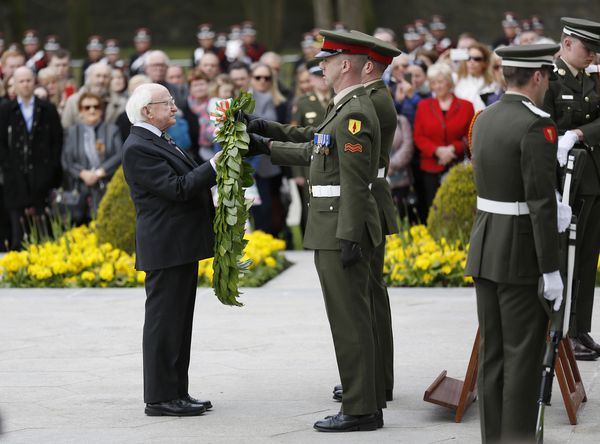 Kilmainham has been “home” to such Irish patriots as Charles Stewart Parnell, Eamon de Valera, and the indomitable Ernie O’Malley, who made a daring escape in 1921. Perhaps the only prominent revolutionary who didn’t do time there was Michael Collins, who had an aversion to British prisons. It is a haunting tour, one that should never be missed on a visit to Dublin.

Included in the guided tour through this gruesome place is a visit to the Catholic chapel where Joseph Mary Plunkett and Grace Gifford were married hours before Plunkett was executed. The highlight of the tour is a walk through the Breakers' Yard where the rebels were shot. Kilmainham is, indeed, Ireland’s chamber of horrors.

What is not discussed much is the burial place of the fourteen rebels executed at Kilmainham. Immediately following their murders, their bodies were rushed across the Liffey River to Arbour Hill, another British barracks and military prison. Brian Barton in his “From Behind Closed Doors: Secret Court Martial Records of the 1916 Easter Rising” (Black Staff Press) remarks about the burials: “The bodies were then taken to Arbour Hill for burial. But clearly, the procedures did not run entirely smoothly…for whatever reason, no labels were affixed to the [first] three bodies [Padraig Pearse, Thomas MacDonagh, Tom Clarke].”

Why were the British in such a rush to bury the rebels? And why didn’t the British want to turn over the bodies to the families for a Christian burial? 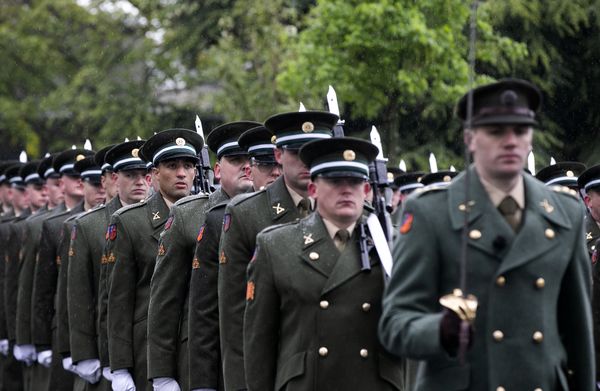 Members of the Defence Forces participate in the annual 1916 Leaders Commemoration Ceremony at Arbour Hill Cemetery in Dublin.RollingNews

It is obvious that the reburial of Jeremiah O’Donovan Rossa the previous August at Glasnevin Cemetery was still stuck in the British craw. Padraig Pearse’s famous speech—“…the fools, the fools, the fools, they have left us our Fenian dead”—had caused a sensation and galvanized nationalist Ireland. The British obviously wanted no more parades of dead rebels cascading through the narrow streets of Dublin. They wanted the 14 martyrs gone and rapidly forgotten. And strangely enough, today, this is what has happened.

I happen to love the old neighbourhood of Arbour Hill, which borders Stoneybatter where my great-uncle Charlie Conway lived for many years, commuting by bicycle across the Liffey to his job as a policeman at the Guinness Brewery. Arbour Hill and Stoneybatter are funky neighbourhoods, two of the oldest in Dublin. With their low-slung buildings and narrow streets, you are brought back to another Dublin, an older, more remote Dublin, although you are only a ten-minute car ride from busy O’Connell Street.

On my last visit to Arbour Hill on a beautiful summer’s day with my cousin Terry O’Neill, I was overcome by two things: the immense quiet and peacefulness of the cemetery, and even more so by the fact it was deserted. We were the only two people there. Maybe the British got their wish, while Kilmainham is remembered for its brutality, Arbour Hill is somehow forgotten although fourteen of the heroes of 1916 rest there.

JFK did not forget

But the men of 1916 were not forgotten by one Irishman. On his visit to Ireland in 1963, President Kennedy, even with a packed schedule, made sure to go to Arbour Hill. He was accompanied by Irish Taoiseach Seán Lemass, a veteran of the 1916 fighting and a man who knew many of the men buried here from his time in the Irish Volunteers. The President laid a wreath, then walked along the graves, starting with Padraig Pearse at the top left, and is seen reading the names of the rebels in front of where they were buried.

So, next time you’re in Dublin, pull a JFK. After visiting Kilmainham, take a quick taxi ride across the Liffey and go to Arbour Hill Memorial Park. Admission is free and they even have a guided tour every Sunday from March through October.

Prove the British wrong—don’t forget the brave martyrs of 1916.

Dermot McEvoy is the author of "The 13th Apostle: A Novel of Michael Collins and the Irish Uprising" and "Our Lady of Greenwich Village", both now available in paperback, Kindl, and Audio from Skyhorse Publishing. He may be reached at dermotmcevoy50@gmail.com. Follow him at www.dermotmcevoy.com. Follow "The 13th Apostle" on Facebook.