On This Day: The first executions of 1916 Easter Rising leaders begin

On May 3, 1916, Rising leaders Padraig Pearse, Thomas MacDonagh and Thomas Clarke were executed for their involvement in the 1916 Easter Rising. 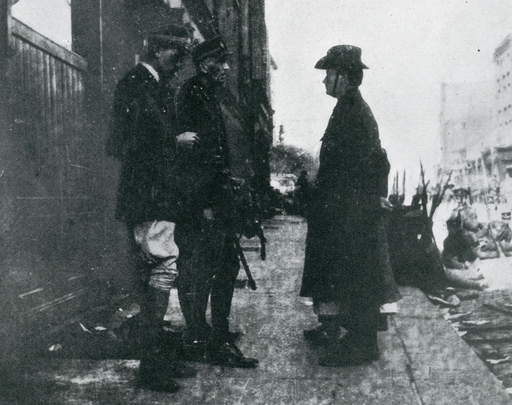 On May 3, 1916, the first of the executions were held for the leaders of the 1916 Easter Rising. Padraig Pearse, Thomas MacDonagh, and Thomas Clarke were executed by firing squad in Kilmainham Jail.

Perhaps the most famous photograph of the 1916 Easter Rising shows Padraig Pearse surrendering to British Major-General William Henry Lowe near the corner of Moore and Parnell Streets on Saturday, April 29. It is a photo that encompasses many things: the receding power of the British Empire and the new indefatigable Ireland. It shows, in several ways, the theatricality of the Rising, and also the role that women would come to play in the coming War of Independence and their struggle for equality for the rest of the 20th century.

On the left is General Lowe and to his is right is his son John Muir Lowe, who, under the stage name of John Loder, went on to act in films ("How Green Was My Valley") and, most famously, to marry Hollywood sex siren, Hedy Lamarr. On the right is Pearse, “President” of the Provisional Government and Commander-in-Chief of the Irish Volunteers. Hidden behind Pearse (except for her shoes) is GPO nurse Elizabeth O’Farrell, who brokered the surrender (in some photos, in a sign of the times, her feet were actually airbrushed out of the photo).

This is the last known photograph of Pearse. It is the beginning of the end of the Easter Rising—the executions are about to begin.

The man sent to Ireland to put down the Rising was General Sir John Grenfell Maxwell, K.C.B., K.C.M.G., C.V.O., D.S.O. He was appointed the military governor and Commander-in-Chief of His Majesty’s Forces in Ireland on Friday, April 28. Apparently, his main qualifications for the job was that he was available and was a friend of Lord Kitchener.

He was not enamored with the Irish: “The majority,” he stated, “seem to be on the verge of madness which finds its outlet in poetry and emotional traits.” He would soon have his chance to pronounce the ultimate chastisement on the leaders of the Rising, several of whom were published, poets. He knew how to handle these people: “I am going to ensure that there will be no treason whispered for 100 years.”

Apparently, Maxwell thought things out methodically: from court-martial to execution, to burial. He knew the funeral parade Tom Clarke had put on for Jeremiah O’Donovan Rossa the previous summer and he was going to have none of it: “Irish sentimentality will turn these graves into martyrs’ shrines to which annual processions will be made.” Thus the bodies would be disposed of without coffin or shroud.

Brigadier J. Young wrote about how it was all to go down at Arbour Hill: “After each prisoner has been shot, a Medical Officer will certify that he is dead, and his body will be immediately removed to an ambulance, with a label pinned on his breast giving his name. When the ambulance is full, it will be sent to Arbour Hill Detention Barracks, entering by the gate at the Garrison Chapel. The party will then put the bodies close alongside one another at the grave (now being dug), cover them quickly with quicklime (ordered) and commence filling in the grave. One of the officers with his party is to keep a note of the position of each body in the grave, taking the name from the label. A priest will attend for the funeral service.”

The British knew exactly what they were going to do with the bodies of the dead rebels, but didn’t have the decency to tell the families. Kathleen Clarke, Tom Clarke's wife, in her "Revolutionary Woman," recalls the run-around she and her sister Madge received when they tried to claim the bodies of Tom Clarke and their brother, Ned Daly: “When we got back to the hall, Madge approached the officer at the desk and made the request for Ned’s dead body for burial.

He made no comment but wrote down her request. Then I approached him to say I had not yet received my husband’s body, though I had made a request for it the previous night. He told me he had no information on the matter; he had forwarded my request. Some weeks later, Madge received a letter which said as the body of her brother was already buried, they could not accede to her request. I got no answer to my request.” 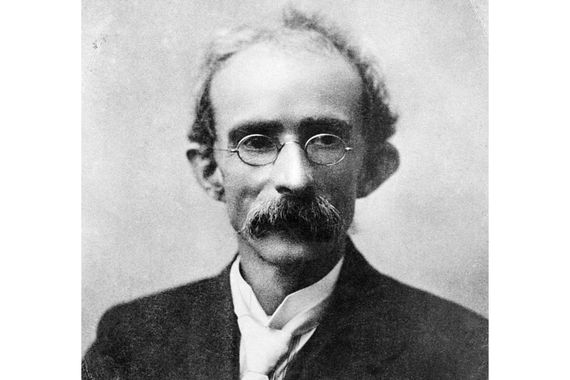 Now all that was needed were bodies to put in the grave/trench over at Arbour Hill. General Maxwell would supply those too.

The Court-martials of Padraig Pearse (Prisoner #1), Thomas MacDonagh (Prisoner #30), and Thomas Clarke (Prisoner #31) at Richmond Barracks, May 2, 1916. All three face the same charge:

PLEA (of all three): Not Guilty

VERDICT: Guilty. Death by being shot

As May 4 dawned, many thought the bloodshed was over, but they were to be disappointed. General Maxwell had just gotten started.

PLEA: William Pearse was the only one of the four here accused to plead guilty. The others pleaded not guilty.

VERDICT: All were found guilty. Death.

Follow the links below to read the full profiles of the 1916 leaders here: