Founder of the Gaelic League he “in his slow, calm and reasoned tone advised surrender” said Elizabeth O’Farrell. 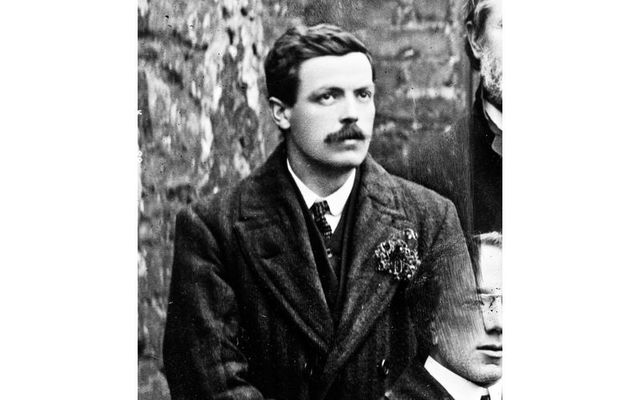 May 4, marks the death of 1916 Easter Rising Leader Micheál O’Hanrahan, among the 15 men court-marshaled by the British for their role in the Rising's organization and operation.

The Easter Rising, the rebellion which took place over the course of five days in Dublin in 1916 and forever changed the course of Irish history, may have led to the execution of its leaders. Now more than ever those who put their lives on the line for Irish independence are regarded as heroes.

Below Dermot McEvoy takes an in-depth look at the life of Micheál O’Hanrahan and his contribution to Irish history:

Micheál O’Hanrahan was born in New Ross, County Wexford, and grew up in Carlow where he founded that county’s first branch of the Gaelic League. With the death of his father in 1903 O’Hanrahan and the whole family moved to Dublin. He found employment in Dublin as a proofreader for an Irish language publisher. He joined Sinn Féin in 1909 and the Irish Volunteers in 1913. Like a lot of the 1916 leaders, he was very interested in literature and was the author of two novels, A Swordsman of the Brigade and When the Norman Came.

O’Hanrahan worked as a clerk for the Irish Volunteers at #2 Dawson Street. This may have been when he first came to the attention of the G-men of the Dublin Metropolitan Police (DMP). He lived in Phibsborough at #67 Connaught Street with his mother, eight sisters, and his brother, Henry, who also worked for the Volunteers. The DMP were suspicious that the Connaught Street address served as an arsenal for Volunteers’ weapons and munitions as well as a meeting place for seditious activities.

On Easter Monday, along with his brother Henry, he was with the force that occupied Jacob’s Biscuit Factory. He was to be quartermaster in charge of supplies of this occupation and the titular number two in command behind Thomas MacDonagh. However, when John MacBride joined up with the rebels he naturally superseded both MacDonagh and O’Hanrahan because of his military experience during the Boer War. Except for some sniping, the week at Jacob’s was relatively quiet.

On Sunday, April 30th, Nurse Elizabeth O’Farrell brought the news of the surrender to Jacob’s. Many of the rebels didn’t want to surrender, but O’Hanrahan, according to one Volunteer, “in his slow, calm and reasoned tone advised surrender.” According to O’Farrell “Micheál O’Hanrahan and his brother…asked me if I would take charge of some silver (about £3 in all) they had in their pockets and convey it to their mother. This I consented to do.” O’Hanrahan then marched the short distance with the rest of the Jacob’s men to St. Patrick’s Park to surrender. Later, at Richmond Barracks the O’Hanrahan brothers were seen “crying together, locked in each other’s arms.” Although devastated by the defeat, O’Hanrahan said: “We may go under and have to suffer the penalty, but in my opinion, Ireland is saved.”

At his court-martial, O’Hanrahan said: “As a soldier of the Republican army acting under the orders of the Provisional Government of that Republic duly constituted I acted under the orders of my superiors.” On basically no evidence, he was found guilty. This is doubly surprising because of all the rebel outposts in Dublin City Jacob’s was probably the quietest, with the least blood being shed.

And this is where the callousness of the British is truly evidenced. They sent a courier to the O’Hanrahan house in Phibsborough with a message that “Michael O’Hanrahan, a prisoner at Kilmainham, wished to see his mother and sisters before his deportation to England.”

Two of his sisters, relieved that they knew of his whereabouts and that he was to be spared execution, went to Kilmainham to visit him. When they got there they ran into Kathleen Clarke who had just visited her condemned brother, Ned.

According to Clarke in her autobiography, Revolutionary Woman: “Before leaving the jail, I saw two sisters of Micheál O’Hanrahan. They were members of the Central Branch, Cumann na mBan. I spoke to them and asked them why they were there. They said they had been sent for to say goodbye to Micheál. They had not the faintest idea he had been sentenced to death; they thought he had been sentenced to imprisonment, and perhaps was being sent to England. They thought that was the reason they had been sent for. ‘Eileen,’ I said, ‘he is being sent into the next world. This is a final goodbye.’ She screamed. I had given her an awful shock, but thought it better she should get it now than in Micheál’s cell. ‘For God’s sake, Eileen,’ I said, ‘control your feelings before you see him or you will unnerve him.’ She did; both sisters did, they were wonderful. They went through the interview with Micheál bravely, but Eileen went down in a dead faint as soon as she was outside the cell. I was so sorry for those girls, as Micheál’s execution was a thing they never anticipated.”

After his sisters left he made his will, received the sacraments, and asked Father Augustine, “Father, I would like [it if] you saw my mother and sisters to console them.” Father Augustine later said that O’Hanrahan “was one of the truest and noblest characters that it has ever been my privilege to meet.”

He was executed on May 4th between 4 and 4:30 a.m. and buried between Ned Daly and Willie Pearse at Arbour Hill. One-hundred years after his death Micheál O’Hanrahan remains one of the least known of the 1916 martyrs. His biggest sin was that he was known to G-men because they kept the Volunteer's headquarters on Dawson Street under surveillance. He will be remembered by his hometown of New Ross on the anniversary of his 140th birthday in January 2017 when a statue of him will be unveiled.