Nobel Peace Prize winner Betty Williams was a co-founder of the Community of Peace People in Northern Ireland. 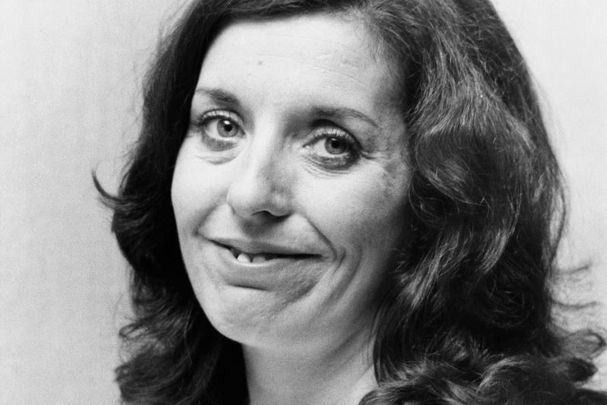 Today, May 22, marks the birthday of Betty Williams, one of the most inspiring figures from the Northern Ireland Peace Process and co-recipient of the 1976 Nobel Peace Prize with Mairead Corrigan.

In the popular imagination, the Nobel Laureates from the island of Ireland are Shaw, Yeats, Heaney, Beckett, Hume, and Trimble.

However, we must not overlook Betty Williams and Mairead Corrigan, who were awarded the Nobel Peace Prize in 1976 for their groundbreaking work on the Northern Ireland Peace Movement (later renamed Community for Peace People), an organization dedicated to finding a peaceful resolution to the Troubles.

to a Catholic mother and a Protestant father - a rarity for the time - and has credited her upbringing with granting her tolerance and perspective.

Yet it was the death of innocent strangers that would inspire Williams into action. Her peace-building work was inspired by a horrible tragedy Williams witnessed on August 10, 1976, when three children, Joanne, John, and Andrew Maguire, were crushed by an out-of-control car. The car was being driven by Danny Lennon, a PIRA fugitive, who was shot by British troops while trying to make an escape, leaving the car to roll forward.

Williams, who was a homemaker and secretary at the time, resolved to do something. She collected thousands of signatures and organized a women's march for peace, in which Protestants and Catholics came together. The first march was interrupted by violence. A second march drew thousands more and concluded successfully.

Mairead Corrigan (nee Maguire), aunt of the Maguire children, partnered with her, and together they founded Community for Peace People.

Williams outlined the following declarations of the Peace People:

Williams and Corrigan are two of 48 women to ever win Nobels, and two of 16 women to win the Nobel Peace Prize.

According to the Nobel site, Williams divorced Ralph Williams, married James T. Perkins in 1982, and moved to Florida. She lectured extensively in the United States, and the International Platform Association granted her the Eleanor Roosevelt Award and named her Speaker of the Year in 1984.

As Visiting Professor in Political Science and History, she taught at Sam Houston State University in Huntsville, Texas, where she worked to unite ethnic and cultural groups on campus and in the local community.

Williams passed away in her native Belfast on March 17, 2020.