John Hume, a hero of the peace process in Northern Ireland, passed away in Derry on August 3, 2020. 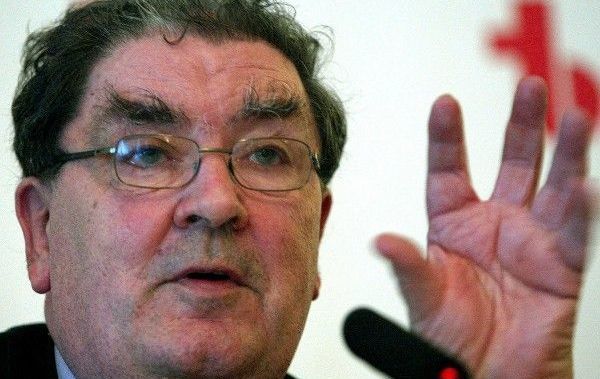 Editor's Note: John Hume, Nobel Peace Prize winner, passed away on August 3, 2020, in Derry, following a battle with dementia. He was 83 years old. Born into an Irish Catholic family in Derry, he went on to be not only the leader of the Northern Ireland SDLP party but also one of the heroes of the Irish peace process. In this article from 2015, IrishCentral founder Niall O'Dowd remembers Hume's incredible legacy and his work for Northern Ireland.

If there is one man we should give thanks for it is Nobel Peace Prize winner and former SDLP leader John Hume. 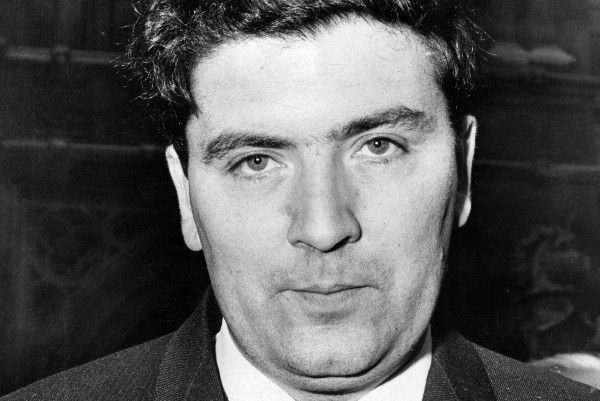 His great accomplishments in Northern Ireland behind him, Hume has been ill since an operation in Europe some years back went wrong and left him with diminished mental faculties.

Back in 2015, tragically, his devoted wife Pat revealed what had become obvious: her husband is suffering from dementia with severe memory problems.

The last time I met him was in 2013 in Donegal and it was evident that the man who made peace in Ireland possible was in decline.

I was one of the honorees at a Donegal diaspora gathering along with Tip O'Neill's family, and it was obvious right away who the star of the evening was, despite his illness. 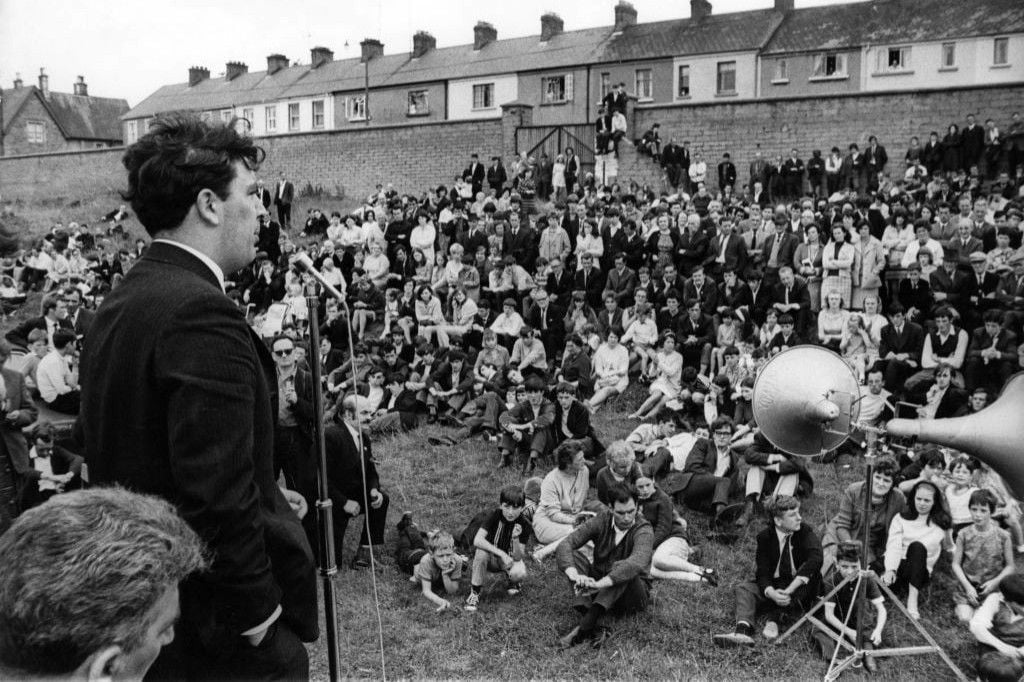 Now Pat and her loving family have taken the next important step, telling the world about John’s illness somewhat as Nancy Reagan did so unselfishly about her husband Ronald in order to make the world more aware.

What I witnessed that night in Donegal, however, was that the locals were only too aware, yet their love for the man continued to shine through.

I heard stories that Hume still went to many of his old haunts in Derry and was always welcomed as an old friend, taken care of and brought home at the end of the evening. 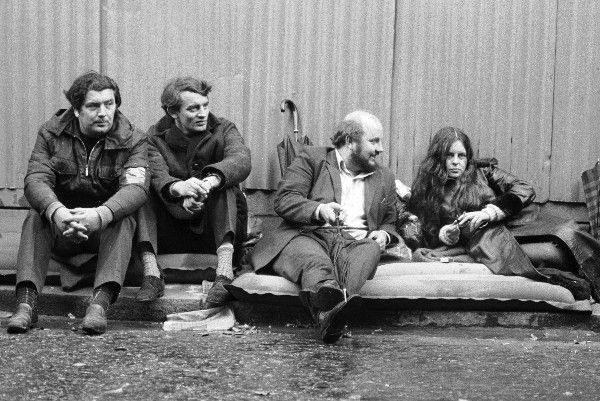 His wife Pat put it most eloquently on the Miriam O’Callaghan show on RTÉ some years back: “Unfortunately John is having severe memory difficulties at the moment. He has a form of dementia ... It hasn’t actually taken away all his quality of life in that Derry is a very dementia-friendly city."

“People love John. He can go out for a walk. Every taxi in the place will stop for him ... I can go for a walk myself. He can do his crosswords. He can enjoy the paper. So it could be worse.

“His memory is very bad. If John was speaking to you now and I said to him in half an hour, ‘It was lovely to see Miriam,’ he would say, ‘Where did we see Miriam?’ He just wouldn’t know that he’d seen you," she added.

"If he was out for a meal, he’d be back for half an hour and I would say, ‘It was lovely food we had tonight’ and he would say, ‘What food?’ So it really is very sad.”

Hume put up with horrific abuse when he crossed the Rubicon and decided to talk to Sinn Féin leader Gerry Adams about creating a path to peace. He was vilified all over, nowhere more so than in the neo-Unionist Sunday Independent newspaper, which one week carried no fewer than 15 articles attacking him. 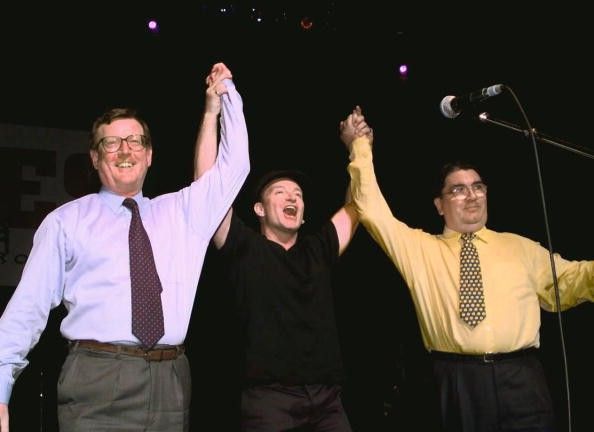 Hume pressed on regardless, but I have no doubt that the horrific attacks and constant pressure contributed to his illness.

The result of his handiwork was an accomplishment for the ages – peace and a political settlement in Northern Ireland which has endured through two decades.

The saddest part is that Hume will hardly know what he helped accomplish. Thankfully he was still well when the Nobel Peace Prize was rightfully awarded to him in 1998 along with former Unionist leader David Trimble. 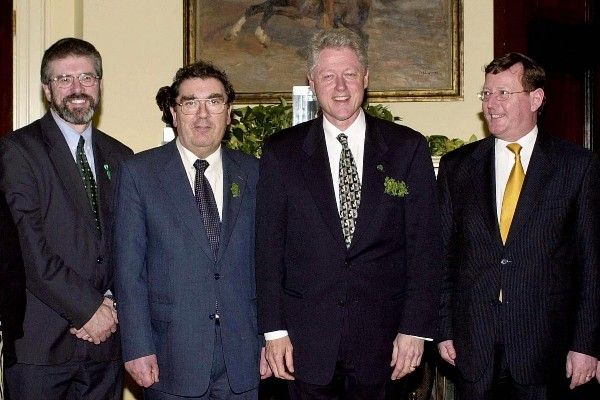 Hume is one of those rare figures who spans the divide all the way back to the outbreak of The Troubles to their resolution 30 years later.

I met him on many occasions at that time; he was a lone wolf, best on his own. I remember an Irish diplomat saying, “Every good idea about conflict resolution in Northern Ireland started and ended with John Hume.”

It was some tribute and despite the hardest days imaginable, when atrocities on both sides threatened to end any hope of peace, Hume continued to cut through the undergrowth to reach his promised land. 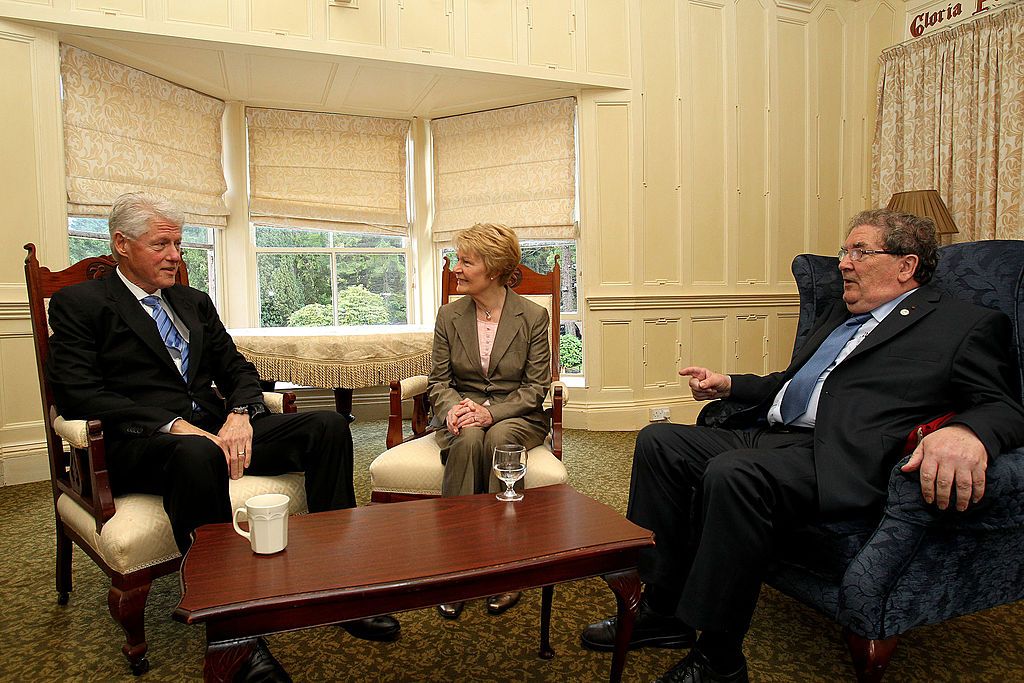 Bill Clinton with Pat and John Hume in 2010 (Getty Images)

Without him, there would be no peace in Ireland. One can offer no higher praise than that.

We will never see his likes again.