Born in Dublin, the Irish novelist and playwright is recognized as one of the greatest Irish writers and was awarded the prestigious Swedish literature prize in 1969. 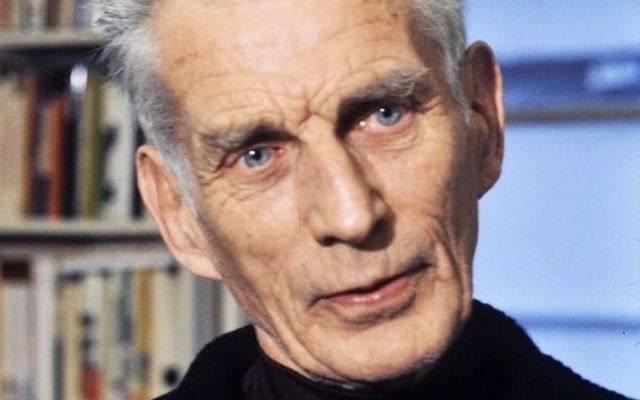 On the 23rd of October 1969, Irish novelist and playwright Samuel Beckett was awarded the Nobel Prize for Literature.

Samuel Beckett was awarded the Nobel Prize for Literature "for his writing, which - in new forms of the novel and drama - in the destitution of modern man acquires its elevation".

Born in a suburb of Dublin, Ireland, Beckett worked as a teacher of French at Trinity College, Dublin, and École Normale Supèrieure in Paris, where he also settled permanently in 1938.

In his writing, he alternated between English and French and translated his own works. During World War II he joined the resistance and was forced to flee to the French countryside. Toward the end of the war, he worked as a volunteer for the Red Cross. Beckett’s major literary breakthrough came during the 1950s when he wrote a series of groundbreaking plays and novels.

Samuel Beckett produced his most important works - four novels, two dramas, a collection of short stories, essays, and art criticism - during an intensely creative period in the late 1940s. Irishman Beckett had settled in France and wrote in both French and English.

His experiences during World War II - insecurity, confusion, exile, hunger, deprivation - came to shape his writing. In his most famous work, the drama Waiting for Godot, he examines the most basic foundations of our lives with strikingly dark humor.

The Nobel Prize in Literature is a Swedish literature prize that is awarded annually, since 1901. The honor goes to an author who has written “the most outstanding work in an ideal direction”. The winner is decided each year by the members of the Swedish Academy, with their deliberations kept secret for 50 years.

A Literature Nobel Prize laureate earns a gold medal, a diploma bearing a citation, and a sum of money.