Can the Irish save civilization again? What the US needs to learn from Ireland

"In the spirit of Saint Patrick, maybe it’s time for us [in the US] to drive the snakes of distrust, anger, and intolerance out of our land." 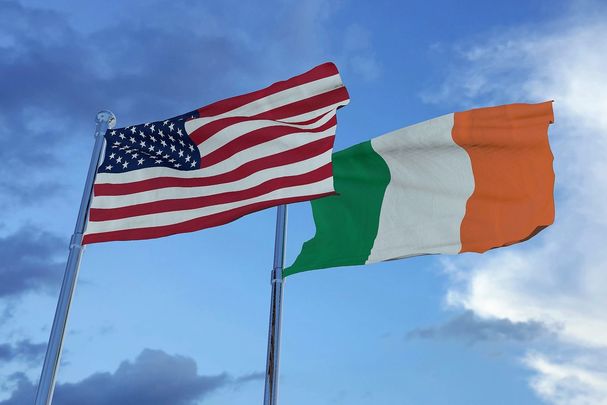 Though he’d left the island half a century before, he would don a shamrock-patterned tie, pour whiskey to anyone within three feet of him, and speak in a brogue conspicuously absent the rest of the year.

As much as he loved Ireland, he had no interest in returning to live there. He’d left it alone as a teenager because it was a closed, conservative place with little future for a young man. He relished the United States’ innovative mindset, its embrace of change and diversity.

On St. Patrick's Day, I began to wonder if my grandfather’s assessment still held true. Like millions of Irish Americans, I raised a glass to Ireland, not in an empty nostalgia, but rather in admiration of a nation that’s getting stronger and more open while my native land gives in to the weakness of polarization, intolerance, and fear.

Ireland is, by every metric, a leader in freedom, happiness, and health. According to the United Nations Human Development Index, Ireland has the second-highest quality of life in the world. The Human Freedom Index declares it one of the freest countries on the planet. In these indices, the United States fails to make the top 10 and is slipping in the rankings.

Ireland has seen these gains and improved its quality of life while experiencing the same destabilizing forces seen in the United States and other western countries – a housing collapse, globalization, pandemic, immigration, as well as cultural and demographic shifts. Why haven’t these factors resulted in the same culture wars, polarization, or anger that we see in the United States and other democracies?

According to Mark Henry, author of the new book, "In Fact: An Optimist's Guide to Ireland at 100," it is Ireland’s commitment to stability, community, education, and openness. These are vital values in a world that increasingly rewards extremism, individuality, fear, and isolation.

Over the last 40 years, Ireland could have embraced the conservative, closed society of my grandfather’s youth. The powerful forces of nationalism, isolation, and extremism were present from their history and geography. Instead, they opened themselves up to the world – to immigration, technology, freedom, and multinational institutions.

Their success in recent decades, Henry argues, starts with trust. Ireland has a history rich with social capital – trust and shared values between common people. This, in turn, helps foster institutional capital, the stable, abiding trust in a society’s institutions.

The strength of their institutions is bolstered by strong political mechanisms, including ranked-choice voting, citizen assemblies, and proportional representation. Political parties and candidates live in and compete for the political center where the majority of voters are.  After votes to allow divorce, same-sex marriage, and abortion – reforms thought to be unimaginable a decade ago – there’s no political party campaigning to the minority who wants to roll back those changes.

The same is true for immigration. Ireland has a higher per-capita immigrant population than the United States. In Ireland, all the political parties agree that welcoming immigrants is a cultural value and positive economic driver.

In the United States, replicating the moderating political structures will be difficult at least at the federal level, but the mindset can be adopted today. In the spirit of Saint Patrick, maybe it’s time for us to drive the snakes of distrust, anger, and intolerance out of our land.

Ireland is not without challenges. Its corporate tax structure, for example, is a haven for unscrupulous multinational companies. The cost of housing and increasing homelessness are a problem. Yet it’s hard to not feel awestruck by the progress made in the 97 years since my grandfather left his home country, as a teenager in search of a better life.

Irish playwright George Bernard Shaw once observed, “The heart of an Irishman is nothing but his imagination.” My grandfather and millions of Irish crossed the sea because they believed America was a place where their imagination for themselves and their families could be realized.

Maybe it’s time for us, their ancestors, to glance back for a glimpse at a better future.

*This column was submitted to IrishCentral by Ryan Coonerty, who teaches law and politics at University of California, Santa Cruz. He is the host of An Honorable Profession podcast. To submit to IrishCentral, sign up for our IrishCentral Storytellers platform here.