An Optimist’s Guide to Ireland at 100: Why there's hope for the future

This year Ireland will celebrate its 100th birthday as an independent nation and a new book examines the benefits of living in modern Ireland. 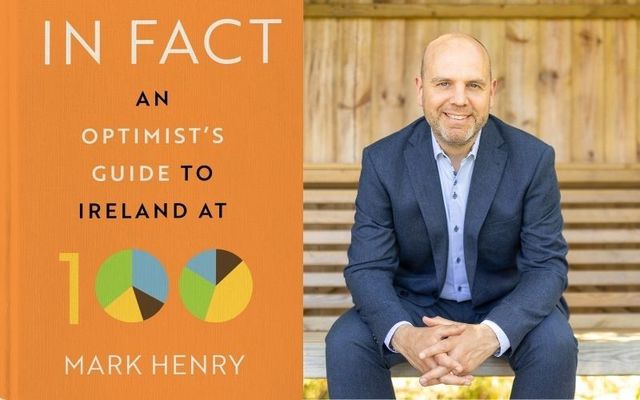 In Fact: An Optimist’s Guide to Ireland at 100, by Mark Henry. Mark Henry

Author Mark Henry has produced a fascinating and beautifully accessible account of Ireland’s development as a nation over the past century since gaining independence.

'In Fact: An Optimist’s Guide to Ireland at 100' contains a hundred charts showing how life has improved for the better and provides readers with an optimistic perspective on all the country has achieved.

Mark chats to IrishCentral about the book and why he thinks there's reason to be optimistic.

Can you tell our readers a little bit about yourself and your new book “In Fact”?

I have spent two decades working in Irish tourism and telling everyone what a great place Ireland is, so I wrote this book to prove it!

Ireland has developed hugely in recent decades. The United Nations reckons that country is the second-best place to live on the planet today, in fact.

The Irish are living longer, living healthier, learning more, and earning more than ever before; and the lives of women and children have been transformed for the better. We have a great story to tell, and my book tells it in a very accessible manner with one hundred charts that highlight one hundred improvements across every aspect of Irish life. 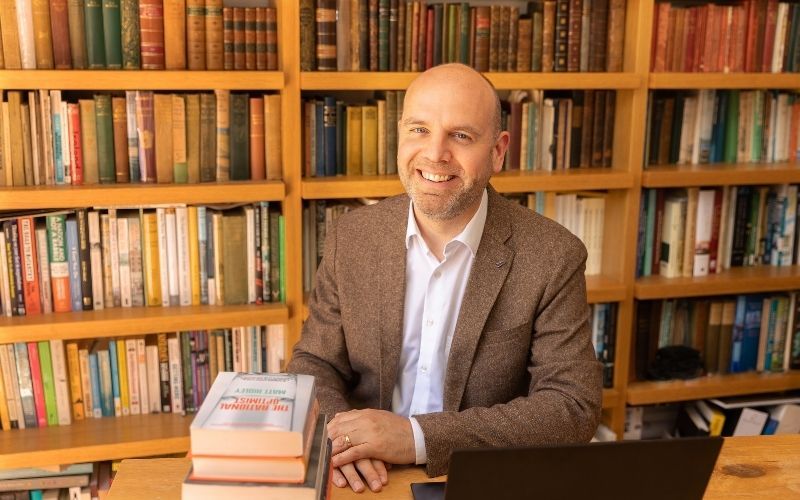 Author Mark Henry has written a new book, 'In Fact: An Optimist’s Guide to Ireland at 100'

Where did the inspiration to write the book come from?

Ireland celebrates its 100th birthday as an independent nation in 2022 so I thought it was the ideal occasion to reflect on what we have achieved. In my experience, we underestimate how far we have come.

The negative news cycle can mislead you into thinking that there’s an increasing number of bad things occurring. I wanted to show that reality is better than people perceive it to be and, as someone who trained to be a psychologist, to explain to readers how our psychological biases mislead us into thinking that things are getting worse.

Today’s reality, in Ireland’s case, is much, much better than people think.

How did you do research for the book?

I first gathered the data that proved our progress. The beautiful graphs in the book bring to life facts and figures from 60 different sources. I then interviewed nearly 50 experts to talk about how Ireland had made such strong progress in their domain. They ranged from historians and economics professors to health experts, regulators, and entrepreneurs.

Finally, it was up to me to bring all those stories together in an engaging manner – which took hours and hours buried away in a darkened room hunched over a laptop! But it was worth it to bring our great story of progress into the light of day.

For anyone considering moving to Ireland, what's the optimistic fact you would share with them?

The Irish people are the happiest in Europe! An amazing 97% of us say that we are fairly or very happy with our lives.

More than eight-in-ten of us are also satisfied with the state of our democracy. You will read lots of negative commentary in the press and on social media, of course, but most of us recognize that we live better lives than any generation of Irish people who have come before us. 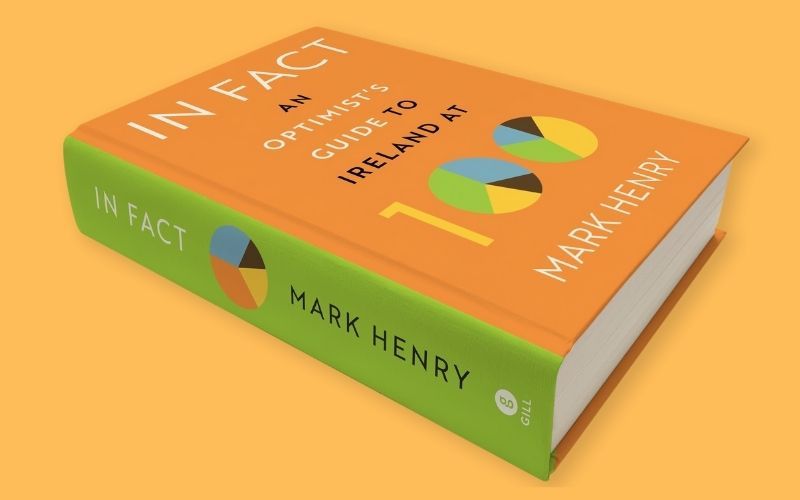 Is there any aspect of Irish life you think needs improving and was difficult to find any optimism with?

Yes, Ireland is not a utopia, of course. I dedicate a chapter at the end of my book to the ten greatest challenges we face as we enter our second century.

For example, we are not building enough houses to meet our needs at the moment. That risks alienating a whole generation of young people who won’t feel the country is delivering for them if their reasonable expectations aren’t met.

Our investment in higher education, furthermore, has been critical to the country’s success. More than half of adults now have a third-level qualification – it’s one of the highest figures in the world. Yet, government investment for each student has halved in the past decade as spending was cut back and student numbers surged. If we don’t reinstate that soon then we will be doing our people a disservice and we’ll lose ground in the global battle for talent.

You trained as a psychologist - could you explain from your understanding why Irish people sometimes tend to be negative about living in modern Ireland?

It’s not unique to the Irish; it’s the way we’ve evolved as human beings. Our ancestors survived by being constantly on the lookout for threats, so we are programmed to give more attention to negative things. That’s why our news cycle is filled with bad news stories – these are the things that we have a genuine preference for hearing.

This ‘negativity bias’ is exacerbated by our short attention spans. Researchers from the University of California and MIT studied 60 million weather-related Tweets and found people only commented on unusual weather in the context of the past five years. We don’t have the natural ability to think much further back than that and to recognize long-term progress. I call this ‘progress attention deficit’ and it’s one of the five big biases that blind us to positive progress that I have explored in the book.

What has the reaction to the book been like and do you have any plans at the moment to write another one?

People are loving the book’s positivity. The past two years have been challenging enough for everybody so providing some perspective on recent events, and a dose of optimism about our future, is precisely what people want to read.

I think there would be another great book idea in looking at Ireland’s future and to its next hundred years. However, I would have to get permission from my family before committing to three more years of writing, so I’ll come back to you on that one!

‘In Fact: An Optimist’s Guide to Ireland at 100’ is available from Amazon, Barnes & Noble, Kenny Books and many other online stores. Find out more here.