IrishCentral’s Book of the Month: “We Don't Know Ourselves” by Fintan O'Toole

For February, join the IrishCentral Book Club as we read the bestseller “We Don't Know Ourselves: A Personal History of Ireland Since 1958” by Fintan O’Toole. 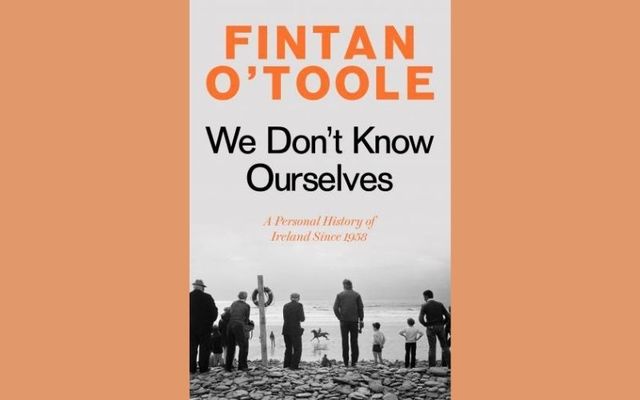 Fintan O'Toole's "We Don't Know Ourselves" is the February selection for the IrishCentral Book Club. Head of Zeus

“We Don't Know Ourselves: A Personal History of Ireland Since 1958” by Fintan O’Toole is the February selection for the IrishCentral Book Club.

Throughout February, we’ll be reading the best-seller “We Don't Know Ourselves: A Personal History of Ireland Since 1958” by Irish columnist and author Fintan O’Toole. The book was named the 2021 An Post Irish Book of the Year:

And the winner of the 2021 An Post Irish Book of the Year goes to...@fotoole for his title 'We Don’t Know Ourselves'.

Synopsis for “We Don't Know Ourselves: A Personal History of Ireland Since 1958” by Fintan O’Toole

"We Don't Know Ourselves" is a very personal vision of recent Irish history from the year of O'Toole's birth, 1958, down to the present. Ireland has changed almost out of recognition during those decades, and Fintan O'Toole's life coincides with that arc of transformation. The book is a brilliant interweaving of memories (though this is emphatically not a memoir) and engrossing social and historical narrative.

This was the era of Eamon de Valera, Jack Lynch, Charles Haughey and John Charles McQuaid, of sectarian civil war in the North and the Pope's triumphant visit in 1979, but also of those who began to speak out against the ruling consensus – feminists, advocates for the rights of children, gay men and women coming out of the shadows. "We Don't Know Ourselves" is an essential book for anyone who wishes to understand modern Ireland.

Reviews for “We Don't Know Ourselves: A Personal History of Ireland Since 1958” by Fintan O’Toole

"With the pace and twists of an enthralling novel and the edge of a fine sword" - Diarmaid Ferriter, Irish Times

"Essential reading for anyone who wants to understand modern Ireland" - Herald

"A sweeping thesis about Irish identity... May well be the best thing O'Toole's ever written" - Business Post

About the author Fintan O’Toole

Fintan O'Toole is the author of "Heroic Failure," "Ship of Fools," "A Traitor's Kiss," "White Savage," and other acclaimed books. He is a columnist for the Irish Times and the Milberg Professor of Irish Letters at Princeton University. He writes regularly for the Guardian, New York Review of Books, New York Times and other British and American journals. You can follow him on Twitter @fotoole.