IrishCentral’s Book of the Month: “Irish Lives in America” by Liz Evers and Niav Gallagher

For December, join the IrishCentral Book Club as we read the “Irish Lives in America,” by Liz Evers and Niav Gallagher and featuring a foreword from Ambassador Dan Mulhall. 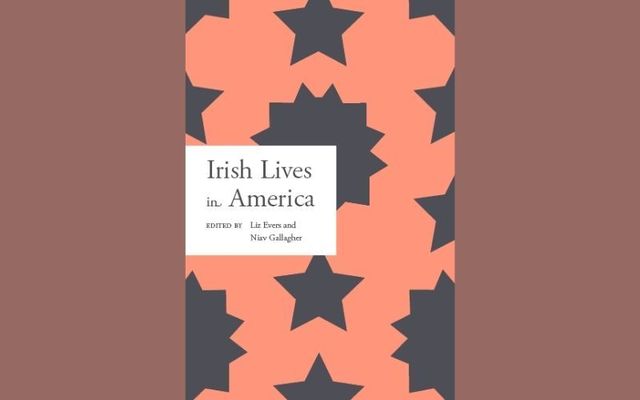 "Irish Lives in America" is the December selection for the IrishCentral Book Club. Royal Irish Academy

“Irish Lives in America” by Liz Evers and Niav Gallagher is the December selection for the IrishCentral Book Club.

Throughout December, we’ll be reading “Irish Lives in America,” edited by Liz Evers and Niav Gallagher and published by the Royal Irish Academy (RIA). The new title features a foreword from Dan Mulhall, Ireland's Ambassador to the US.

“Irish Lives in America” was launched during a special event on November 24 by Irish man Neville Isdell, former CEO of the Coca-Cola Company. The event featured a panel discussion 'Irish Lives in America: underdogs or overlords?' chaired by Patrick Geoghegan and featuring Miriam Nyhan Grey, Diane Negra, Neville Isdell, and Liz Evers. You can watch the launch event, which was hosted at EPIC the Irish Emigration Museum, here:

“Irish Lives in America” documents fifty Irish people featured in the Dictionary of Irish Biography who made an indelible mark on American society, politics, and culture.

A new collection of biographical essays, "Irish Lives in America" spans 300 years of history and seeks to illustrate the breadth of the Irish experience of, and impact on, American culture, politics, and society.

The 50 biographies featured in "Irish Lives in America" encompass political figures and artists, entertainers and soldiers, slaveholders and abolitionists; they range from scouts who opened up the western frontier to the religious who established congregations across the country and from those who spent their lives fighting for the rights of workers to the industry titans who capitalised on the labour of others to become the country’s first millionaires.

Two new biographies were specially commissioned for the book:

It is fitting that this volume, with its stories of first-generation Irish immigrants who made their mark on America, should appear at a time in which a proud Irish American, President Joe Biden, has ascended to the highest office in the land. He is the twenty-third person of Irish descent to occupy the White House, a building designed by an Irish architect, James Hoban.

The fifty biographies collected here are representative of the multitudes of Irish immigrants whose contributions to America were less notable, but no less important. Their descendants, now thirty-five million in number, are to be found in every walk of American life.

The editors are to be applauded for casting light on the lesser-known aspects of the story.

As I wrote this piece with the coronavirus pandemic still raging across America and around the world, I was glad to be reminded of the contribution of Irish immigrants in the field of medicine, represented here by Gertrude Brice Kelly, one of New York’s first female surgeons who was also a staunch advocate of Irish independence and president of Cumann na mBan in New York, and Limerick-woman Mary O’Connell, described as America’s Florence Nightingale. It is also timely to recall that an Irish immigrant, John Crawford from County Antrim, was one of the first doctors to introduce smallpox vaccination into America.

Their descendants, while proudly and thoroughly American, have continually displayed an affinity with, and an affection for, Ireland. This remains an invaluable asset to our country to this day. This collection throws light on the fascinating history of Irish America, a community that, in different ways, played its part in shaping America—and Ireland.

About the editors Liz Evers and Niav Gallagher

Liz Evers is a writer and editor who has worked in the publishing industry in the UK and Ireland for many years and is the author of several popular reference books on diverse subjects, from Shakespeare to horology. She is a graduate of University College Dublin (BA English) and Dublin City University (MA Film). She joined the Dictionary of Irish Biography as researcher and project copy editor in 2018.

Niav Gallagher is a medieval historian, specialising in the links between religion and politics in thirteenth- to fifteenth-century Ireland, Scotland, and Wales. Among other roles, she has worked as a lecturer and as a researcher for genealogical and historical research company Eneclann, on several collaborative projects, including the National Archives Millennium Project and the Irish Battlefields Project. Niav is a graduate of University College Dublin (M.Litt.) and Trinity College Dublin (Ph.D.). She joined the Dictionary of Irish Biography as a researcher in 2018.

"Irish Lives in America" is available for purchase directly from the Royal Irish Academy, from Amazon, as well as other outlets.