An excerpt from 'Lincoln and the Irish: The Untold Story' tells the amazing story of Co Louth native Albert Cashier, born Jennie Hodgers, and his call to duty in the US Civil War. 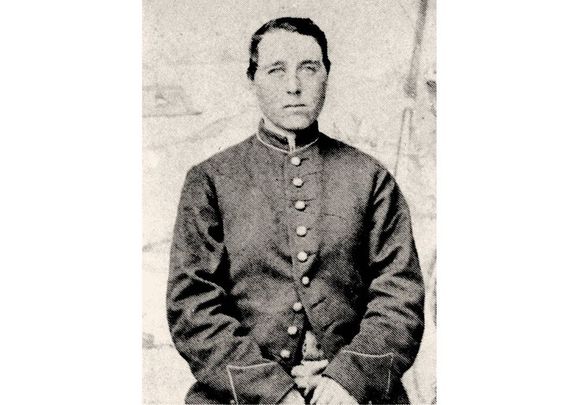 One-hundred-and-six years ago this month on Oct 11, 1915, Albert Cashier, aka Jenny Hodgers died. She had spent her life as a man and fought heroically against slavery and for the Union in the American Civil War. Her story was truly an extraordinary one.

Clogherhead, County Louth, seems an unlikely place for an incredible aspect of American Civil War history to come from.

Abraham Lincoln’s most famous transgender soldier and supporter hailed from the little hamlet. An estimated 400 women served as male soldiers in the Civil War, but only one, it seems, Albert Cashier, a.k.a. Jennie Hodgers from Clogherhead, spent her entire life as a man, unlike the others, who stepped back into their old identities.

Jennie/Albert's story, from immigrant to hero soldier, to a life as a man, would be unbelievable even as a Hollywood fable.

Jennie was the most exotic person to ever emerge from the little Irish fishing village which, while quaint, is not well known as a popular destination. Indeed, the nearby town of Drogheda, which Oliver Cromwell sacked, carries most of the weight of local history.

But something extraordinary did happen in Clogherhead with the birth of Jennie Hodgers on Christmas Day, 1843.

From an early age, though illiterate, Jennie planned a life away from grim pre-Famine Ireland.

She left the Old World behind and shed her old identity to sail as a stowaway dressed in man’s clothes to America. When she reached America, it seems that a male relative dressed her as a boy to get her a job working in a shoe factory, where the workforce was all male.

Jennie arrived just as the Civil War broke out, and Abraham Lincoln had recently called for three-hundred thousand volunteers. Jennie became Albert Cashier and volunteered for the 95th Infantry Illinois. The medical exam merely looked at hands and feet, and an illiterate person could sign up. 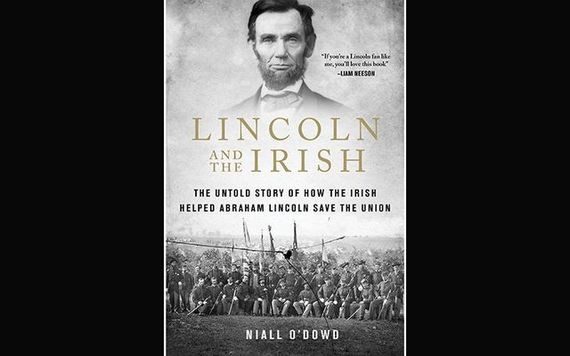 Niall O'Dowd's "Lincoln and the Irish".

Albert joined the Union army on August 6, 1862. At five foot three and slight in build, he ran the risk of discovery. Somehow he passed, and obviously whatever medical examination occurred was cursory.

He was soon in the thick of the fight. His regiment took part in forty engagements, including the critical siege at Vicksburg masterminded by General Ulysses S. Grant, which proved a turning point in the war. He also took part in the battle of Guntown, Mississippi, where they suffered heavy losses.

He was captured while on a reconnaissance mission in Vicksburg. He managed to grab his captor’s gun and knock him out and escape. On another occasion, he rescued his company’s flag, an incredibly important symbol for every regiment. After the flag had been torn down, he rescued it, climbed a tree, and hung it from the highest branch.

His bravery was unquestionable, but he was fortunate never to be injured or suffer any wound that would have necessitated a medical examination.

As for toilet facilities, there were none. Woods, trees, and forests provided enough privacy. Quoting Illinois Historical Society records, historian Jean Freedman wrote in The New York Times that “Hodgers’s fellow soldiers recalled her as a modest young man who kept his shirt buttoned to the chin, hiding the place where an Adam’s apple should be. Her comrades teased her because she had no beard, but this was an army of boys as well as men, and she was not the only beardless recruit in her company. She resisted sharing a tent with anyone, but made close friends among her fellow soldiers; with one of them, she briefly owned a business after the war. Despite her diminutive size, she could ‘do as much work as anyone in the Company.’”

On August 17, 1865, Albert was mustered out of the army, having served his full three years.

As the County Louth genealogical records of his life noted, he witnessed some of the worst fighting in the war. “Starting from Camp Fuller, Rockford, near Chicago City in the north, her regiment would have moved south into enemy territory, through various States along the Mississippi River, to New Orleans along the Gulf of Mexico. At one point, in the Battle of Guntown, the whole regiment was nearly annihilated. Further recruiting took place at Memphis. In all, the regiment marched 1,800 miles, and moved, by rail and water, another 8,160 miles.”

Albert returned to Illinois after the war, still living as a man. He claimed his army pension and lived for forty years in the tiny town of Saunemin. Census records show several Irish families nearby. His status as a man was never questioned. He lived alone and worked at various manual labor jobs. A local woman remembers Cashier rushing to his house during storms allegedly to calm down the kids, but the woman felt it was Cashier who needed comforting.

Every Memorial Day until 1910, he marched proudly with his fellow Civil War veterans in the military parade.

In 1910, Albert's secret was first revealed after he was struck by an automobile and broke his leg. The doctor at the local hospital agreed to keep his secret safe, but advancing age and the leg injury meant he had to enter a veterans’ hospital. His mental health began to suffer, though he did manage to keep his secret for two years in the old veterans’ home.

However, dementia and removal to a state hospital resulted in his secret becoming known. On March 29, 1914, The Washington Post reported on the woman who had posed as a man in the army. It went on to state the sad fact that Jennie was committed to an insane asylum, but reported how "she’d participated in some of the bloodiest battles of the war and behaved with gallantry.”

At the asylum, he was forced to wear female clothing and came under investigation from the Pension Bureau, who wanted to remove his pension. It was then that his old comrades came to her rescue and saved his meager income.

Albert Cashier/Jennie Hodgers passed away on October 11, 1915, at the age of seventy-two. He was buried in her old uniform of the 95th Illinois Infantry and with full military honors in Sunny Slope Cemetery in Saunemin.

Back in his hometown, plans are still in motion to honor him, including a statue and a local event every year to remember him. Abraham Lincoln's most surprising soldier will not be forgotten. He answered the call from Lincoln and remains one of the most fascinating stories of the entire Civil War. In 1977, the people of Saunemin replaced the standard military marker on Jennie’s grave with a much bigger one bearing the following inscription:

* Niall O’Dowd’s book “Lincoln and the Irish: The Untold Story of How the Irish Helped Abraham Lincoln Save the Union” is now available to buy on Amazon.