Looking back on perhaps Ireland’s greatest achievement in America - the number of Medals of Honor won by the Irish. 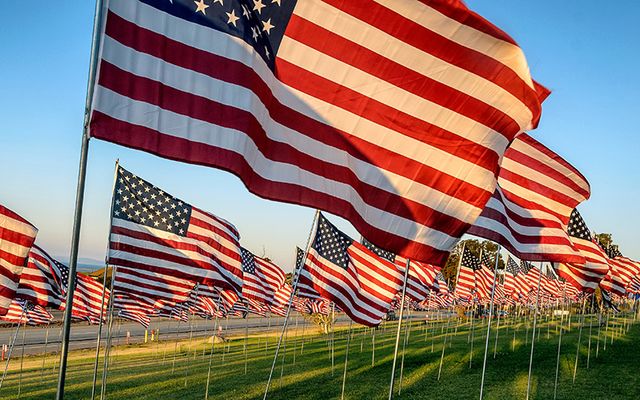 Memorial Day presents an ideal opportunity to look back on perhaps Ireland’s greatest achievement in America. That is the extraordinary number of Medals of Honor won by Irish natives in the toughest arena of all – fighting for their adopted country in the Civil War.

The correct title for the military award often called the “Congressional Medal of Honor” is simply “Medal of Honor,” and those who receive it prefer to be called “recipients” rather than “winners.”

As John Concannon, who contributed to the research for the book Medal of Honor Recipients 1863-1994, noted in an article for TheWildGeese.irish "Perhaps the most  remarkable was 'super survivor' Michael Dougherty, from Falcarragh, County Donegal, a private in the 13th Pennsylvania Cavalry."
He received it for routing a Confederate detachment at Jefferson, Virginia, which saved 2,500 lives by prohibiting the Confederates from flanking the Union forces.

Further Ancient Order of the Hibernians divisions are also named after Medal of Honor recipients. The Col. James Quinlan Division #3 of Warwick, in Orange County, NY, for example, is named for Col. James Quinlan, who, also during The Civil War, led the Irish Brigade’s 88th New York in the battle of Savage Station, Virginia.

To date, 3,459 Medals of Honor have been awarded, and 19 individuals have received it twice.

Thirty-three countries are listed as the birthplace of the recipients, and Ireland, with 258, has the most by far.

Some of those 258 listed Ireland as their place of birth and even included their county of origin: Cork has 19 Medal of Honor recipients, Tipperary and Dublin each have 11, Limerick has 10, Kerry 8, Galway 7, Antrim and Tyrone 6 each, while Sligo and Kilkenny each have 5.

Out of the 19 men to receive a second Medal of Honor, 5 were born in Ireland. They are, according to Concannon, "Henry Hogan from Clare, John Laverty from Tyrone, Dublin’s John Cooper, whose name at birth was John Laver Mather, John King, and Patrick Mullen. Three double recipients were Irish-Americans: U.S. Marines Daniel Daly and John Joseph Kelly, and the U.S. Navy’s John McCloy."
Some modern-day recipients are: