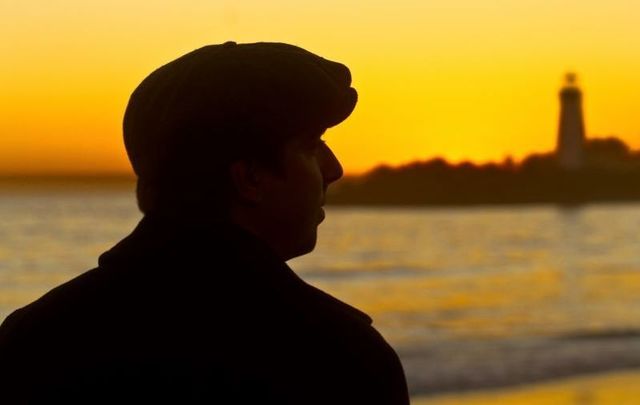 My neighbors have stopped making eye contact. I don’t blame them. I’d do the same if I suspected that I was living next to a lunatic. Little do they know that it is quite the opposite. I’m mostly sane; I’m just living Irishly.

This year, my world, like most, has sucked. The pandemic hit as did the subsequent economic crisis. My family’s small businesses were rocked. My kids’ lives were disrupted which caused first their tears, then ours.

My country began a painful reckoning over racial injustice. This summer, my friend was killed. And then, two months later, a devastating forest fire destroyed hundreds of homes in my community, took a life, and rained down ash on the survivors in what felt like the end of days.

I’m a local elected official. This means that as all these crises raged, I am the person who people can most easily call, email, or stop on the street to complain, cry or vent. On a trip to the market, while I picked out apples, I’d hear that I was irresponsibly risking lives by allowing shops to be open. Minutes later, by the carrots, I’d be told that I was irresponsibly risking livelihoods by requiring shops to be closed. All day and night, I was on calls and in meetings that were a mixture of pain, fear, and unimaginable decisions.

In these moments, I’m almost always calm and rational. It is perhaps my best, if only, leadership trait. But, as the year went on, with each call and meeting, I’d feel a twinge of anxiety. Those twinges would turn to jolts as the day progressed. By sundown, I’d have trouble breathing and my thinking was jumbled and frenzied.

Eventually, I’d compose myself but the underlying tension never went away. As the months passed, the residual trauma mixing with new worries multiplied like unpaid interest on a credit card. I felt the emotional bill coming due.

I tried journaling, breathing exercises and real exercise, a therapist, and copious amounts of food composed almost entirely of salt, sugar, and grease. None of it worked. It was then, in desperation, that I began my walks and slowly, unexpectedly living Irishly.

As I walked, I put on earbuds to discourage constituents from approaching me with questions or commentary on my latest failing. I downloaded Donal Ryan’s audiobook From a Low and Quiet Sea. I was immediately hooked as I am by all Ryan’s writing. He captures the vulnerability inherent in the human experience -- a vulnerability magnified globally by the pandemic.

But more than the story, it was the Irishness that gave me solace. The accents’ lilt and pace were, of course, lyrical. The conversations between the characters felt different as well. They lived in the present, engaging each other authentically, if not always kindly. There were failings and disappointment, but it was almost always moderated with the uniquely Irish humility and humor.

The tone is so different from the American podcasts with their self-righteous, over-simplified arguments or relentless self-improvement striving. I was hooked on anything Irish. It felt like a miracle cure.

Soon I adopted a routine. Mysteries from Adrian McKinty, Tara French, and Jon Banville for my morning walk. Murders and mayhem to start the day in a reminder that things could be worse. After work, to counteract the day’s bad news, was Doireann Garrihy’s Laughs of Your Life podcast. Listening to her banter with guests had the same joyful effect as eating a giant bowl of ice cream in the middle of the afternoon. Late-night strolls were reserved for exploring the Irish condition with Donal Ryan, Patrick Raden Keefe, Kevin Barry, Roddy Doyle, and Anne Griffin.

As a result, my neighbors see me walking by their house several times a day with tears in my eyes. Other days I’m laughing out loud. Sometimes both on the same day. I imagine them whispering about poor Coonerty finally losing it.

Other Irish habits soon developed. Tea all day. Beer at night. An appreciation of soft weather days, devilment, slagging, and craic. My children make fun of the Irish folk music I play in the morning and have no interest in the All-Ireland matches I try to show them at night.

I recognize that there is a too-easy unearned nostalgia in my daily escapes. It’s a cultural appropriation no different than wearing green and a ‘Kiss Me I’m Irish’ t-shirt on St. Patrick’s Day.  These Irish stories are not my own. Yet, they have become essential to me.

With Irish voices dancing in my brain, I’m immersed in the lives of people in a faraway land who are living, it seems, more humanely and authentically. I also am transported back decades, standing next to my teenage grandfather admiring the stream in Sixmilebridge one last time before he emigrated to America and altered his family’s destiny. I’m along for the ride as my parents spend their first date bicycling out from Sligo to the strand increasing the possibility of my existence with every pedal. I’m on one knee on the shores of Muckross Lake asking my wife to marry me when our world was simple and we committed to times, good and bad.

As I walk and laugh and cry with these Irish voices, my soul is restored. And, for a short while, on the shores of the Pacific Ocean, I live Irishly, facing the sun and believing the shadows will fall behind.

*Ryan Coonerty (@ryancoonerty) is a County Supervisor and former two-time Mayor of Santa Cruz, California. He is the co-host of An Honorable Profession podcast. Email him at ryan@ryancoonerty.com to tell him how you live Irishly.