What people in Ireland misunderstand about Irish Americans

We know we’re American. But we also know that we wouldn’t be unless our ancestors had left Ireland, and we want to honor that. 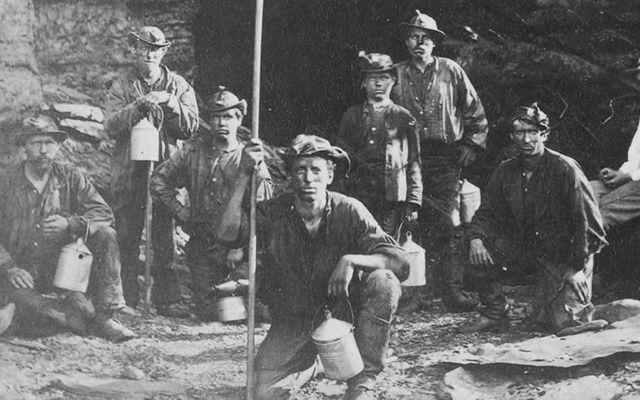 We know we’re American. But we also know that we wouldn’t be here unless our ancestors had left Ireland, and we want to honor that

I know there are many Americans who don't care one bit about their Irish roots, just as I also know that there are probably many people in Ireland who do not consider Americans with Irish roots to be Irish. I understand both perspectives, but I would like to tell you how I feel.

I was born in America, served my country during the Vietnam War, and I know that I am an American. However, what has always stayed with me is that I am only an American because all of my great-great-grandparents were forced to choose between leaving Ireland or starving.

They were Holohans, Brennans, Currans, Ryans, Hogans from Kilkenny. Their Clans may have been in Leinster for thousands of years until the Great Hunger forced them to leave. I believe that if they could, they would probably have stayed in Ireland.

Instead, they came to work in the coal mines of Schuylkill County, Pennsylvania. This area was the home of the so-called Molly Maguires, whose story, which is still a story of unproven questions, is probably one of America's best-ignored labor fights in history. It's a long tale so I'll sum it up by saying that in the 19th century the filthy rich coal barons in the county needed labor desperately and when the Famine occurred, they went to Ireland and recruited the starving, promising them a great life.

But life was not great. Pay was minimal, hours were unending, and conditions exceedingly dangerous. Within a decade the Irish started demanding better conditions. The owners realized that the Irish were trying to unionize.

Soon there was much sabotage, mine explosions, and several murders. The wealthy coal barons blamed everything on the Mollies, and, over time, used very questionable trials which ended with the hanging of 22 Irish Catholics over a two year period. On June 21, 1877, a day we call Black Thursday, six were hanged in Schuylkill County, and four in neighboring Carbon County. To this very day it remains one of the largest legal mass executions of American citizens on record, and yet it’s rarely taught in our schools.

After they crushed the Irish spirit, people wouldn't even admit to being Irish, or talk anything Irish for fear of losing their jobs and company homes. As a result, many people in this region, including my family, knew nothing of our ancestors, because two generations kept silent.

My great-great-grandfather was Jeremiah Curran, who came to Schuylkill County in 1848 from Moneenroe, near Castlecomer, and he was very involved in trying to unionize. He spent 30 days in jail for keeping scabs from entering a local mine.

When I visited Castlecomer in 1999, I dug up a bag of Irish soil and took it home to spread it on my great-great-grandfather's grave. It might sound crazy, but I felt that he would have liked his great-great-grandson remembering him.

So all I'm trying to explain to the people of Ireland who become upset or even ridicule Americans when they say they're Irish, is this: please try to understand that for many of us, we know we're Americans, but in our hearts, we also know that our ancestors, just like your ancestors, were from the greatest land of all… Ireland.

Gary Martin was born and raised in Minersville, Pennsylvania. He joined the Navy at 17 and served four years as an aircrewman on C-130 during Vietnam War. He later became a union Ironworker and worked 24 years in the field, erecting structural steel. He was elected Business Manager of Local 420, Reading Pa., and served six terms until retiring in September 2015. A history buff, he’s been to Ireland twice and hopes to return to spend some time studying Medieval Irish history at Trinity College Dublin.