Stand in awe of all Mná na hÉireann, in the words of Taoiseach Leo Varadkar - they've just made history. 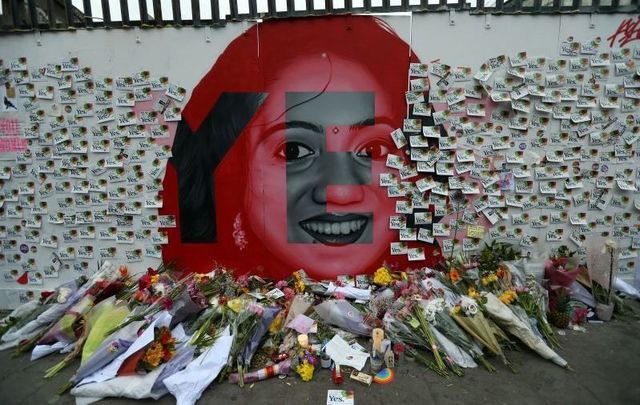 A mural of Savita Halappanavar with 'Together For Yes' flyers in Dublin. RollingNews.ie

Ireland waited 35 years for this day to come - but the last 24 hours have seemed the longest of all. As exit polls point to an overwhelming near-70% vote in favor to Repeal the Eighth, we get a sense of the monumental impact May 25th 2018 has already had on modern Ireland.

While the official referendum result is yet to be called - initial exit polls have the pro-choice side and its tireless campaigners veritably leaping for joy after a divisive few months. In classic Irish fashion, "Repeal pints?!" was the phrase on many people's lips as the sun shone down on a changing country.

It was believed that a high turn out of young voters and Dublin residents would make up the majority of the 'repealers' - but  the Irish Times exit polls point to a much broader base of Yes voters. The outlet reports that "most age groups" actually voted in favor, but also acknowledged that an astounding "87% of those aged 18- 24 voting in favor of repeal, compared with 40 per cent of those aged 65 and older."

As journalist Miriam Lord wrote in her emotive Irish Times color piece, "On Friday, with steely assurance, a new generation of all the generations faced down the suffocating old certainties and swept them aside. On Friday, May 25th, 2018, they stood up and were not afraid to be counted. Because those days are gone now."

On Twitter, some called for women like Ailbhe Smyth, a relentless campaigner since 1983, to be sent on vacation now that her life's dedication to the introduction of free, safe, legal abortion is on the cusp of coming to fruition. It's a reminder to everyone that this historic vote has been a long, long time coming.

Lord even mentioned meeting President Michael D. Higgins at the polling station, emotionally recalling the powerful speeches he made opposing the "callous" referendum on the Eighth Amendment in 1983 when he was president of the Labour Party.

Stand in awe of all Mná na hÉireann, in the words of Taoiseach Leo Varadkar - they've just made history.

I can’t stop thinking about the women who have worked towards Repeal and bodily autonomy for years, who might actually get their reward tomorrow. Can we have a Gals Day in the Phoenix Park for them or something? WITH FREE WINE.

Ailbhe Smyth, wherever you are, thank you for your decades of work to liberate us, and our daughters and our grand daughters #repealthe8th #Together4Yes pic.twitter.com/Tk2un9svPU

The Earth has shifted on its axis. I am
so proud of every voice who stood up for compassion and equality. Cry, shake, breathe, repeat. #RepealThe8th

Not much would get me out of bed after having a homebirth 24 hours ago but my son wanted to get in some historic suffrage. we voted together for yes to pregnany/birth autonomy and consent, yes to a more equal society, yes to the 36th amendment. pic.twitter.com/5KoP1jQjeW

I was cycling on the canal and @KittyHollandIT called and she said “well done” & that’s two words for every single one of us who cared enough to go out there and make this country a better place. My heart is bursting. We did it. We repealed the 8th! #repealthe8th #repealed pic.twitter.com/P0ldEqGeXO

Thank you to everyone who voted today. Democracy in action. It’s looking like we will make history tomorrow.... #Together4Yes

People are leaving flowers, YES badges and their “I’ve voted” stickers at the Savita mural at the Bernard Shaw in Dublin. My heart. 💚

Tomorrow night has been upgraded from Out to Out Out. Dust off your jeans and a nice tops #omgwaca

Tara Flynn can never be thanked enough for what she did. The abuse she took for standing up and speaking out should never be forgotten. She is the kindest woman in the land. My hero. I love you @TaraFlynn ❤️#Repealthe8h #NotAFunnyWord pic.twitter.com/lAkEpJ990N

Lovin my repeal pints with my birthday girl in @kehoesdub Great craic 😆 pic.twitter.com/3dkQM4ub77

Here, what about how Ireland is fast becoming one of the most progressive countries in the world? Imagine what we could do if the church didn't run our schools & hospitals?
We are a risen people now ✊✊

Jesus lads, what do we do with the jumpers now? #repealthe8th

Whatever the outcome, I want to say thank you to those women who have been fighting this fight publicly from so early on - @roisiningle, @TaraFlynn, @AnaCosgrave, @AndreaHoran, @UnaMullally, @MarianKeyes and all the others. We wouldn’t have got here without you 💚

Just voted Yes for a more compassionate & caring Ireland with the stories & experiences of all those I have met and chatted with to the fore of my mind. Please keep working to get out the vote #togetherforyes #together2vote #hometovote pic.twitter.com/C6TYESHXMS

As a full-time broadcaster, I have had to remain 🤐 But today is the day ❤️ My CHOICE is to take MY BODY to the polling station to vote. Take from that what you will. #letsdothis #finally #hometovote (Yes I live in Dublin but have FOMO and want in on that epic thread)

Heatmap of the some of the places in the world people traveled from to come #hometovote ... if this doesn't set you off you're broken and in need of urgent repair. Irish people are a class bunch #legends #TogetherForYes #repealthe8th pic.twitter.com/78j3lzeRaA

Reading tweets from No side saying a new generation of pro-lifers was 'forged' during this campaign.

Everything is still the same but EVERYTHING has changed.

If my superpower was being able to experience someone else's life, tomorrow I'd be @ailbhes. After so many years fighting for women, thru victories, setbacks, and defeats, and then pull this off... Tomorrow is going to be an AMAZING day to be Ailbhe Smith.
And she deserves it ❤