There’s little unique or new about John Crawley, "The Yank" who left the US Marines and went straight to Ireland to fight the Brits. 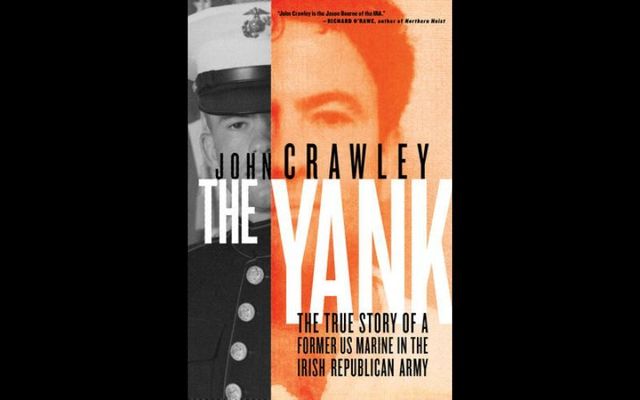 The cover of "The Yank: The True Story of a Former US Marine in the Irish Republican Army" by John Crawley. Penguin Random House

As politicians in the American south squabble with politicians in the north, a bunch of immigrants are caught in the middle, just trying to make a better life for themselves and their children. Or trying to get tax-free welfare, even if they spent time in prison for committing all sorts of heinous crimes.

One or the other. It kind of depends who you ask when it comes to all those people at the border.

But Republicans in Texas and Florida are having a blast, loading up planes and buses and sending migrants to Massachusetts and New York.

And Democrats there are getting a little antsy, possibly because it’s occurring to them that it’s one thing to righteously proclaim you stand with the tired, poor, huddled masses. It’s another thing entirely to actually stand next to them. And provide them with costly municipal services.

Either way, if you’re an Irish American, it’s easy to feel detached from this mess because it seems as if things have not affected your family since Millard P. Fillmore was in the White House.

But the death of Queen Elizabeth earlier this month might have reminded a few folks of a summer day in 1979, when the Irish Republican Army killed the Queen’s cousin, Louis “Dickie” Mountbatten, while he vacationed in Co. Sligo.

At the exact same moment, a young American in Ireland was thinking, “I had done my bit for the American Republic. Now, I would do what I could for the Irish Republic.”

If that was a threat to more of the Queen’s relatives, well, it was a war wasn’t it? As it had been for centuries.

His name was John Crawley. He was born on Long Island. And he went into the US Marines right out of high school. There, he learned lots of things that might come in handy, whether he was fighting in Beirut or Belfast.

“Perhaps where I differed from most was that I was prepared to risk life and take life,” he writes in a fascinating new book "The Yank: The True Story of a Former U.S. Marine in the Irish Republican Army."

Crawley left the Marines in May 1979 and went straight to Ireland to fight the Brits. Weeks later, Mountbatten was dead.

One can only imagine the rage and bile certain people would expectorate if a migrant today fessed up to signing on with the US military, only to then use those skills to fight and perhaps kill America’s diplomatic allies.

One could make the argument, as many folks have, that this is what happens to a great nation when you harbor violent specimens with roots in “s***hole” countries.

But don’t pass judgment just yet. Let’s hear about some of “Yank” Crawley’s pals. Such as one best known by his nickname.

“I got to know Whitey (Bulger) and began to hear stories about him from some of his men. He could be impulsively generous but just as impulsively deadly,” Crawley writes.

“One story I heard was that he needed a man killed but didn’t want any suspicion to rebound on him. So he entered the man’s apartment, placed a blow torch, sleeping pills and a bottle of whiskey on a coffee table and told the man to choose his method of murder.”

Crawley goes on, “Whitey made it clear there was no way out – it was going to be one way or the other. After a few hours of crying and begging, the man eventually downed the pills and whiskey. His death was classed as suicide. The story may be apocryphal, but something about Jim Bulger made me believe he was capable of it.”

The destructive Fenian dynamite campaign in 1880s London was plotted and financed extensively by immigrants on US soil. A few years before that, a bunch of proud Fenians fought in the US Civil War as a warmup to overthrow the Brits. And in 1867 they even crossed the border – Canada’s – to start the fight.

Does this mean we should lay out the welcome mat for every needy migrant who shows up in Texas?

Of course not. But don’t kid yourself. Don’t think the Irish were so much better behaved than any other desperate soul at the border.