Lord Louis Mountbatten was assassinated by the IRA in 1979. 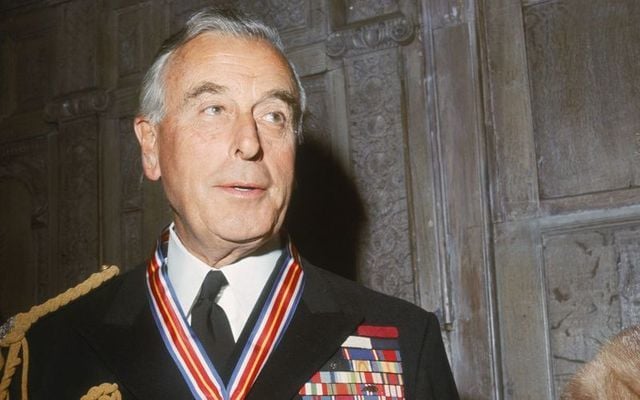 Lord Louis Mountbatten was infamously assassinated by the IRA on this day in 1979 when his boat was blown up off the coast of Sligo. but who was the British statesman? And why was he a target for Irish republicans?

An uncle of Prince Philip and a second cousin once removed of Queen Elizabeth II, Mountbatten was a man of monstrous vanity and had reportedly been a target of the Provisional IRA long before his assassination in 1979.

The IRA, for instance, allegedly planned to shoot Mountbatten aboard his boat a year earlier, but fog prevented the sniper from taking the shot.

Mountbatten's exploits in the British Navy, coupled with his ties to the British monarchy and British politics, made him a somewhat obvious target for a terrorist group desperate to send a message to the British Government.

Mountbatten was a war hero during the Second World War, rising to the rank of Supreme Allied Commander in the Southeast Asia Theater and overseeing the recapture of Burma and Singapore from Japanese forces.

His experience and his exploits in Southeast Asia led him to become Viceroy of India in 1947. As Viceroy, Mountbatten was charged with running India in the name of the British Monarchy and overseeing the transition from British rule to Indian independence by June 30, 1948.

Mountbatten sought to grant India independence more quickly, arguing that the situation was too volatile to wait a year and concluding that a united India was additionally unachievable.

The Viceroy was instructed to create a unified India without partition, but he concluded that a united India was unachievable and so, he set about planning for two independent nations; Hindu-dominated India and Muslim-dominated Pakistan.

India and Pakistan gain independence on August 15, 1947, almost one year before the British had initially planned and Mountbatten thus went into the history books as the last Viceroy of India.

He remained in New Delhi for ten months as Governor-General before returning to the British Navy to serve as Vice-Admiral.

After a long career in the Navy, Mountbatten became Chief of the Defence Staff, the professional head of the British armed forces and the most senior military advisor in uniform to the British Secretary of Defence.

He served in the position for six years and was later allegedly involved in a plot to undermine Labour Prime Minister Harold Wilson in 1968. Mountbatten allegedly met with British press baron Cecil King and Solly Zuckerman, the British Government's chief scientific adviser, as part of a secret campaign to undermine the Labour Government. The campaign reportedly involved up to 30 secret service agents.

Although he was married to Edwina Cynthia Annette Ashley, Mountbatten faced allegations of homosexuality with his former driver alleging that he frequently visited a gay brothel in Rabat, Morocco, in 1948.

Far more serious were the allegations of sexual abuse with an FBI file on Mountbatten containing a report from American author Elizabeth Wharton Drexler that Mountbatten "had a perversion for young boys."

Norman Nield, meanwhile, Mountbatten's driver from 1942 to 1943, told the New Zealand Herald that he regularly transported 12-year-old boys to Mountbatten and was paid to keep quiet.

Several former residents of Kincora Boys Home in Belfast have additionally claimed that they were sent to Mountbatten's residence at Mullaghmore, County Sligo as part of a sex-trafficking ring.

It was at Mullaghmore that Mountbatten met his death in the summer of 1979.

On August 27, Mountbatten was lobster-potting aboard his boat, Shadow V, when an IRA bomb exploded, killing Mountbatten, his grandson Nicholas, and Paul Maxwell, a 15-year-old crew member from Enniskillen in County Fermanagh.

The IRA claimed responsibility for the attack and Thomas McMahon, who planted the bomb, was arrested at a Garda checkpoint in County Longford.

Mountbatten was buried after a ceremonial funeral at Westminster Abbey on September 5, 1979, in an event watched by thousands and attended by diplomats from all over the world.

On the same day that Mountbatten was killed, the IRA ambushed a British Army convoy with two roadside bombs outside Warrenpoint in Northern Ireland in an incident that became known as the Warrenpoint Massacre.

The attack, which killed 18 members of the Parachute Regiment and wounded 20 more, was the deadliest attack on British soldiers during the Troubles. An English civilian was also killed by the British Army after they opened fire following the explosion, while an Irish civilian also suffered injuries.

The IRA claimed the attack was revenge for Bloody Sunday, which was carried out in Derry in 1972 by the Parachute Regiment.

The regiment suffered the largest number of casualties since the Second World War during the attack at Warrenpoint, for which no one has ever been successfully charged.