Three men have been charged with conspiracy to commit first-degree murder in relation to the death of Irish American mob boss James 'Whitey' Bulger in prison in October 2018. 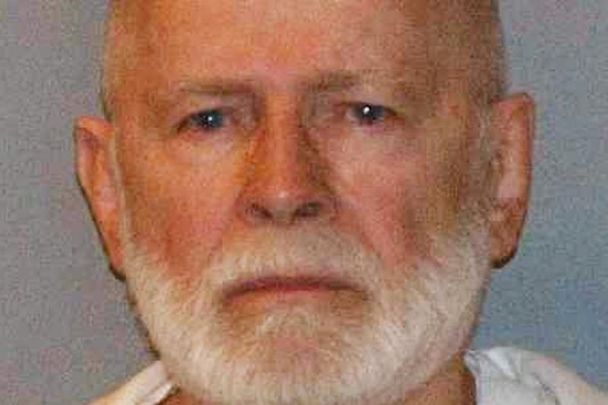 Three men have been indicted in connection with the beating death of James “Whitey” Bulger, the US Attorney’s Office in the Northern District of West Virginia announced on Thursday, August 18.

Geas and DeCologero are accused of striking Bulger in the head multiple times and causing his death in October of 2018 while all were incarcerated at United States Penitentiary Hazleton in Bruceton Mills, West Virginia.

In addition to the conspiracy charge, Geas and DeCologero have been charged with aiding and abetting first-degree murder, along with assault resulting in serious bodily injury.

Geas faces a separate charge for murder by a federal inmate serving a life sentence.

McKinnon faces a separate charge of making false statements to a federal agent.

Geas is still incarcerated at USP Hazelton. DeCologero is no longer being held at USP Hazelton but remains housed in the federal prison system. McKinnon was on federal supervised release at the time of the indictment and was arrested today in Florida.

Bulger was 89 years old when he died.

Assistant US Attorneys Brandon S. Flower and Randolph J. Bernard are prosecuting the case on behalf of the government. The FBI and the Bureau of Prisons Special Investigative Services investigated.

An indictment is merely an accusation, the US Attorney's Office noted. The defendants are presumed innocent unless and until proven guilty.

Who was James "Whitey" Bulger?

James Joseph "Whitey" Bulger Jr., whose mother's parents were both from Co Cork in Ireland, was the boss of the "largely Irish" Winter Hill Gang outside of Boston, Massachusetts.

On August 12, 2013, Bulger was convicted by a federal jury for the murder of 11 people, as well as numerous counts of extortion, money laundering, drug dealing, and firearms possession.

After 32 hours of deliberations, the jury found Bulger guilty of racketeering conspiracy and numerous racketeering acts of murder, extortion, narcotics distribution, money laundering, and possession of firearms, including machine guns.

Bulger, the former leader of the Winter Hill Gang, ran a vast criminal network that emanated from South Boston and controlled much of the city and the surrounding areas during the 1970s and 1980s.

In order to generate money and maintain dominance among other criminal enterprises, Bulger and his associates engaged in numerous illegal activities such as loansharking, extortion of local business owners and bookmakers, trafficking of narcotics and firearms, and murder. Bulger, and associates under his direction, used violence, threats, and intimidation to carry out these illegal activities.

In late 1994, upon learning of his impending indictment, Bulger fled Massachusetts.

On June 22, 2011, Bulger and his companion, Catherine Greig, were arrested in Santa Monica, California, after 16 years on the run.

On November 14, 2013, US District Court Judge Denise J. Casper sentenced Bulger to two consecutive life terms plus five years and $19.5 million in restitution. During the sentencing hearing this morning, Judge Casper told Bulger: “The scope, the callousness, the depravity of your crimes, is almost unfathomable.”

In October 2018, Bulger was beaten to death at USP Hazelton just hours after he was transferred from a prison in Florida. Afterward, the US Attorney’s Office and the FBI said they were investigating the death of Bulger as a homicide.