Last week, an angry young man seemed to decide that a book released more than 30 years ago was such a threat to civilization that he attended a literary event featuring author Salman Rushdie. 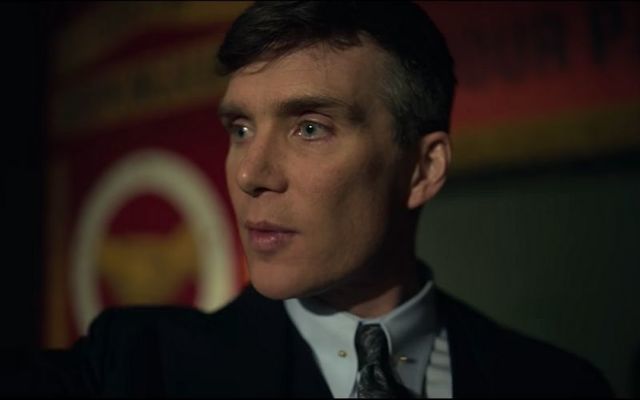 They say August is always a slow news month.  Which makes me a little nervous about the fall.

Last week, an angry young man seemed to decide that a book released more than 30 years ago was such a threat to civilization that he attended a literary event featuring author Salman Rushdie, who became an international figure in the late 1980s when his novel The Satanic Verses was deemed blasphemous by certain Islamic religious authorities. All manner of death threats followed.

And here’s a fanatical young man not even born when Rushdie’s novel first caused such a fuss who decided that this was the best way to spend his time and energy.

Another fanatic spent his time last week storming an “FBI building in Cincinnati before being shot dead by officers following a car chase, gun battle, and standoff in a cornfield northeast of town,” as Reuters put it.

If you don’t see the connections here, there’s a chance at some point you’ve cheered on folks like one or both of our fanatics.

It’s always important to avoid implying that violence is so terrible because we Americans have always been so innocent and pure and – gosh darnit – who are these bad apples to go and mess up our Garden of Eden?

If you need a reminder of just how many snakes have always slithered about our national garden, check out the latest season of Peaky Blinders on Netflix.  It’s a fictional series, but it’s rooted in history.

Besides, Rushdie’s attacker was motivated by fiction.  Come to think of it, so are many armed, angry right-wing kooks.

Peaky Blinders is mainly about (as the show refers to them) “gypsy” gangsters in England, but they have intimate ties to the Irish. In the most recent and final season, troubled kingpin Tommy Shelby (Cillian Murphy) has been double-crossed by (among others) the IRA.

“Steven Knight, creator of Peaky Blinders, confirmed…that (Joe) Kennedy was an inspiration,” Esquire noted last month, and as the magazine added, “It doesn't take too much digging to see how much the two figures have in common.”

And Esquire doesn’t even get into both characters’, um, troubling opinions about fascists.  And Jews.

There are two reasons why Peaky Blinders is highly relevant to what’s going on in America right now, especially this bloody week.

First, the show obliterates any suggestion that the good old days were much better.  Many 20th-century immigrants and their children violently exploited America’s lust for booze, drugs, prostitutes, and more.

We can talk about whether things are a little better or worse now, but we have to start from the idea that it’s simply a matter of degrees, the number of bullet-ridden bodies strewn about the streets.

Then there is this more unsettling issue.  In a better world, we could offer up the likes of Joe Kennedy and admire how he thrived in Boston amidst what really was terrible, systemic, anti-Irish, anti-Catholic discrimination.

And yet, like so many others, then and now, here was a victim who resented when others saw him as inferior. And then went out into the world and explained why certain other people are, in fact, inferior.

This brings us back to our FBI cornfield killer.  People like him look at the fellow who stabbed Rushdie and think that it’s those people who are destroying America.

And then he goes out and acts just like that (alleged) attacker.

There is a great moment in this final season of Peaky Blinders when Tommy Shelby is asked about the contradictory company he keeps – rabid right-wingers and left-wingers.  Tommy makes a speech about how such ideas are better understood not as a straight line with distant opposite ends, but instead as a circle where the extremes, more often than not, meet. Since they have an awful lot in common. Even though they hate each other.

Which, these days, is what counts as a celebration of American diversity.