As Greg Abbott continues to bus asylum seekers from Texas to New York and DC, we are reminded that immigration is a complicated attempt to solve people's complicated problems. 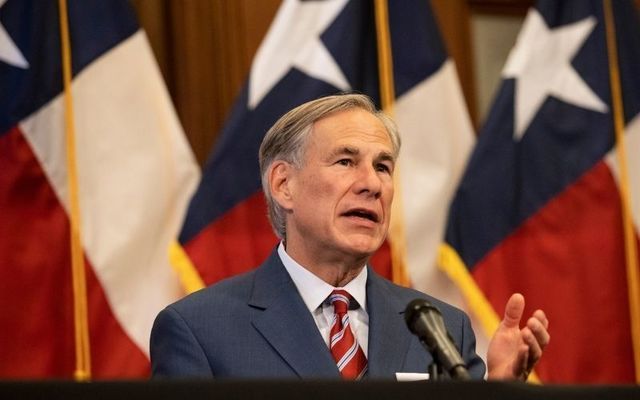 Whatever you feel about immigration, if you pulled New York City or Washington, DC officials aside, and asked them about the buses arriving from Texas filled with migrants, they might speak eloquently about treating all humans with compassion. They might talk about America as a land of immigrants and opportunity.

But if they’re being honest they would also say: “We did NOT see this coming.”

That statement also said the busing “mission” provides “much-needed relief to our overwhelmed border communities,” and “continues to fill the dangerous gaps left by the Biden Administration’s refusal to secure the border.”

Since the Biden administration has also “refused” to solve various other problems – like death and taxes – I guess this is going to go on for a bit.

The wheels on the bus will go round and round.

Everyone looks bad here. Obviously, Abbott is exploiting these desperate souls, using them to score points with angry Texas voters.

But the folks in New York and DC who offer themselves up as righteous defenders of the vulnerable and marginalized don’t look too great either. It can seem as if they love the huddled masses only when they are thousands of miles away.

To be fair, it’s not as if America’s cities need another problem.

Crime wave? How about a crime problem that’s been going on for well over a century?

“Eight alleged mobsters and a crooked Long Island cop were busted…in a wide-ranging gambling scheme that prosecutors pointed to as proof that the Mafia hasn’t gone anywhere,” the New York Post recently reported.

These days, when people worry about crime, they are generally not worried about Tony Soprano-style misdeeds, though one law official did say the recent arrests “demonstrate that the Mafia continues to pollute our communities with…extortion and violence.”

Without picking on any one particular group of people, it’s fair to point out that these (alleged) criminals would not be in New York or anywhere else without America’s much-celebrated tradition of mass immigration.

Andrew Maloney knew a thing or two about that. His mother was an Irish immigrant, his father a World War I veteran, who raised Andrew in Greenpoint, Brooklyn.

Maloney, who died last week at the age of 90, served in the Army before attending Fordham and going to become one of the nation’s top crime fighters.

Maloney was the “United States attorney in Brooklyn who shattered the myth of the Teflon Don with the successful prosecution of the flamboyant Mafia boss John J. Gotti,” reads the New York Times obituary.

Maloney’s office “also won convictions of the reputed bosses of the Lucchese and Bonanno crime families, and of Asian American gang members who committed murders and extorted businesses.”

Lest I be accused of making one group seem more heroic than another, be aware that another of Maloney’s fellow crime fighters was Rudolph Giuliani.

And that Gotti’s Gambino crew had a tight relationship with the notorious Irish American Westies.

But as the bus wheels keep rolling in from Texas, as the yelling gets louder, it seems everyone could use a reminder that immigration is neither a heavenly blessing nor a hellish curse.

It’s a complicated attempt to solve some peoples’ complicated problems. And, yes, it can create new problems.

Which can be managed. We know that because many of our grandparents and great-grandparents had the same problems.

Ireland has no choice but to overhaul its asylum system