A brief look at The Westies, an Irish American gang in New York City. 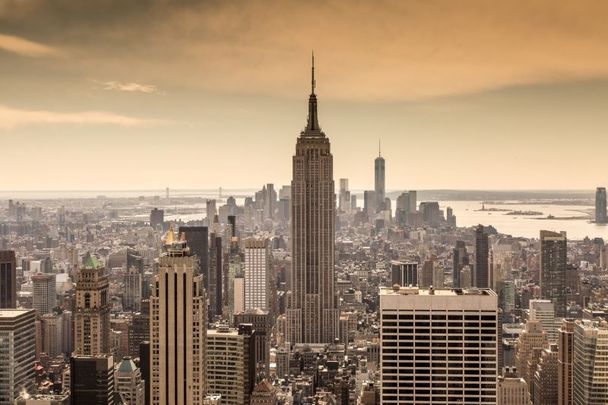 A few days before St. Patrick’s Day in 2020, most of us were wondering just how bad this virus thing was going to get. And the big parade on Fifth Avenue was on its way to being downsized, just like Irish parades all over the country.

But Irish American union bigwig James Cahill had other things on his mind. While chatting with an unidentified business associate, Cahill crossed his fingers to make a point about his brother, Mickey, and brother-in-law Buddy, and Gambino family crime boss John Gotti.

“John was like this with my brother and brother-in-law and this guy, Bosko,” Cahill allegedly said. “That was his Irish crew.”

As the New York Post later put it, “Cahill appeared to be referencing his brother Mickey Cahill, a member of the Westies -- an Irish American crime gang that operated out of Hell’s Kitchen -- his brother-in-law Buddy Leahy, and former head of the Westies Bosko Radonjic.

“In recorded conversations, Cahill allegedly called himself the last of the Westies.”

All of this has emerged during an ongoing investigation into bribery charges leveled at a number of organized labor figures including Cahill, head of the New York State Building and Construction Trades Council.

All these years later, the legend of the wild, wild Westies -- the Gaelic gangsters of the ‘80s and ‘90s, led by the likes of Jimmy Coonan and Mickey Featherstone -- lives on.

Author T.J. English brought their escapades to vivid life in his legendary book The Westies.

There was that summer night in 1978, when Mickey Cahill and Buddy Leahy met with Coonan, “now firmly established as the premier gangster on the West Side.”

Seems Buddy and Mickey were “having trouble” with a guy named James Maher from the Metallic Lathers Union, after they’d backed another guy for a top job Local 46. Now, this Maher was pushing a bum collective bargaining deal.

Mickey and Buddy, according to English, offered “$10,000 if Coonan and Featherstone killed Maher, and $20,000 more if they made the body disappear.”

But wait -- as the commercials say -- there’s more.

Or did you forget James Cahill’s reference to “this guy, Bosko” who was part of the “Irish crew”?

He was actually Serbian. And his nickname was “The Yugo.”

Anyhow, around when West Side Irishers like Mickey and Buddy were proposing an, um, change in union leadership, The Yugo was part of an Eastern European crew out of Chicago “who were convicted or pleaded guilty in 1979 in the bombing of the Yugoslav consul’s home…as well as a plot to bomb a Yugoslavian club in Chicago,” according to The New York Times.

And did we mention the whole thing led to a fateful showdown at Shannon Airport?

One of The Yugo’s partners was on a flight back to Chicago for his court case when he barged his way into the plane’s cockpit and announced that he’d smuggled a homemade bomb through LaGuardia Airport.

He later claimed he was hoping to get to Chicago, pick up another Serbian prisoner whose release he demanded, and fly the plane into the building which housed the offices of the Communist Party in the former Yugoslavia.

But he’d also mentioned something about going to Peru. And South Africa.

Shockingly, the whole thing fell apart. Law enforcement had a clear shot at the hijacker, but worried he had other explosives. Then the prisoner claimed he wanted nothing to do with getting on a plane with this fellow.

By the time the plane left Chicago and crossed the Atlantic, it required refueling in Shannon. The Serbian would-be terrorist then surrendered.

Yeah, it’s also been reported that James “last of the Westies” Cahill is tight with New York Governor Mario Cuomo. But is that really the most interesting part of all of this?

Because by my count -- and Wikipedia confirms this -- Mickey Featherstone is also out there roaming the world, in the witness protection program.

Who knows? Maybe that’s the “unidentified” guy Cahill met with.

And maybe he’s got some of his own final Westies stories to tell.