New York City St. Patrick’s Day parade has warned that 2021 will be a scaled-back version of the usual event. 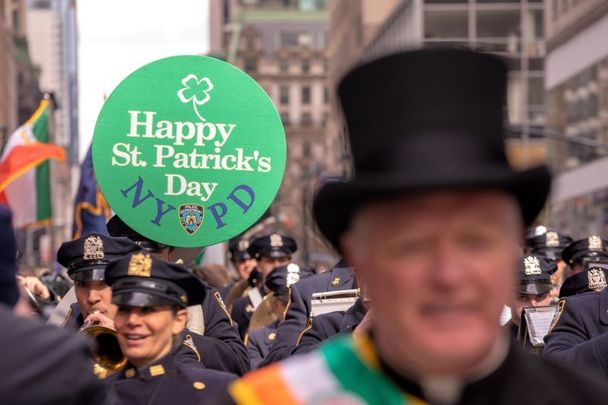 The 2020 New York City St. Patrick’s Day parade was the first major public event to fall victim to COVID-19 restrictions and the 2021 march will be similarly impacted, parade organizers said during a meeting last week.

“We’re being told…that at this point at least, and also by the governor and the mayor, that it’s very unlikely we are going to have a full parade next year.  All other parades are shut down,” the parade’s chairman Sean Lane said during a Zoom call with delegates last Thursday evening.

“We are hoping for better but we are preparing for the worst.”

Reilly Dundon, the parade board member who liaises with the New York City Police Department, was blunt in his assessment of the 2021 Irish takeover of Fifth Avenue.

“Bottom line is that it’s pretty grim in terms of the prospects of having a parade,” he told delegates.  “What I’ve gathered from speaking to everybody, the outlook at this point is frankly not good.  I’m in regular touch with the NYPD.  We will have to keep following up with the mayor’s office to see what changes might come down.”

This year’s parade was miniaturized and held in the pre-dawn hours of March 17, with a handful of marchers setting off from the 69th Regiment Armory on East 25th Street and up Madison Avenue to St. Patrick’s Cathedral with a police escort, and then proceeding on the sidewalk of Fifth Avenue with a few rain-soaked participants who made their way to the American Irish Historical Society on 80th Street, holding the parade’s banner throughout, determined that the usual route would be completed despite the circumstances.

For 2021, with an expected winter spike in Covid-19 cases and vaccines that will take some months to have a widespread impact, St. Patrick’s Day parades all over America will likely be postponed or significantly downsized.

If some version of the New York City march proceeds, participants would need to undergo a number of health checks.  Hilary Beirne, the parade’s chief administrative officer, said that any sized gathering would require participants to submit two Covid negative tests, the first taken during the week before March 17, and the second a rapid test completed within two days of the 17th.

Beirne also spoke of this year’s Macy’s Thanksgiving parade, which was held virtually with minimal participants and no fans on the sidelines.

“Macy’s had Covid ambassadors whose job was to ensure that everybody wore masks, practiced social distancing.  At this point we don’t know if they were employees of Macy’s or whether they were city or third party contracted.  We would have to get people to ensure the rules were followed,” Beirne said.

McGinn, a parade board member and former executive at Northwell Health who is now executive vice president at CommonSpirit Health, told delegates that widespread vaccine distribution won’t come in time to salvage a usual 2021 march up Fifth Avenue.

“It is a long haul where we get enough people vaccinated that communities are dampening down the spread of the virus.  That’s not good news for the parade…I don’t think we are going to be close to have enough community vaccinations to have large gatherings at that point.  Having a small version with the precautions…is the strategy,” McGinn said.

Though the 2021 parade is navigating uncertain times as the pandemic continues, Lane said TV production plans are proceeding apace and will pay tribute to first responders.

“We’ve got over 10,000 first responders in the parade,” he said.  “We have essential workers, union workers, sanitation, police, fire departments, Emerald organization members…we are extraordinarily thankful for them.”

“If we don’t have a parade NBC will do some filming.  If it’s a very small march in the morning with about 20 people…they will also run some sort of special just to commemorate all the years of the parade,” he added.

The annual February party at Antun’s in Queens Village in honor of the grand marshal and aides has been postponed.  The 2020 parade grand marshal, International Union of Operating Engineers President James Callahan, has again been named to lead whatever 2021 march transpires.

“We hope to get together next summer with everybody at Antun’s.  As soon as things open up and we get better clarification…we will be holding an event at Antun’s just to get everybody together,” Lane said.