The battle for Irish access to unused E3 non-immigrant visas in the US continues as Congressmen Richie Neal and Mike Kelly introduce a new bill in the US House of Representatives. 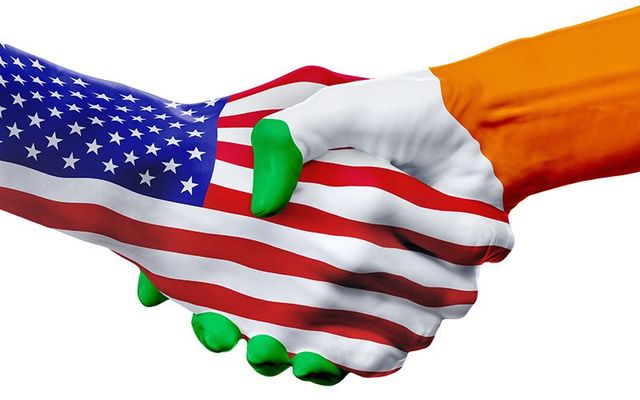 New visas for the Irish? E3 visas are limited to professionals visiting the United States to perform services in “specialty occupations” in a confirmed job from a US employer. iStock

Legislation to add Ireland to the E3 non-immigrant visa program was introduced by Congressman Richard E. Neal (D-MA-01) and Congressman Mike Kelly (R-PA-16) in the US House of Representatives on Tuesday, August 30.

The E3 visa program, introduced in 2005 as part of the US – Australian trade agreement, makes 10,500 visas available to skilled Australian nationals annually.

However, Australians use only roughly half of the available visas during the past decade. In broad strokes, the new bill introduced on Tuesday, H.R.8761, would enable qualified Irish workers to access the unused Australian E3 visas going forward.

E3 visas are limited to professionals visiting the United States to perform services in “specialty occupations” in a confirmed job from a US employer. Under the agreement reached with the Australians, the applicant must have a university degree, or its equivalent, as a minimum for entry into the United States. The E3 visa allows the holder to stay in America for two years with an option to renew.

Congressman Neal, who led a US congressional delegation to Ireland and Northern Ireland earlier this year, said on Wednesday: “The E3 visas, combined with these reciprocal arrangements, would provide welcome and long overdue movement of citizens between Ireland and the United States in both directions, which is so important to Irish America, the US, and Ireland.”

Neal further said that E3 visas would provide a “long overdue movement of citizens between Ireland and the US in both directions.”

.@MikeKellyPA and I introduced bipartisan legislation to add Ireland to the E3 non-immigrant visa program. The E3 visas would provide welcome and long overdue movement of citizens between Ireland & the U.S. in both directions. https://t.co/1mB0DaGBfr

This is not the first time Congressman Neal, who sits on the Friends of Ireland Caucus, has pushed for Irish access to the E3 visa program. In May 2019, he reintroduced legislation to grant Irish access to the E3 visa program after it was narrowly defeated in the US Senate in 2018. In March 2020, Neal's legislation unanimously passed the House but was never voted upon in the US Senate.

Congressman Kelly, who was part of the delegation led by Congressman Neal to visit Ireland this year, said: “With generations of Irish Americans contributing to our country including helping to build and shape my home state of Pennsylvania, it is deeply important to me that we continue to reaffirm the strong relationship between our people and countries.

“Recognizing the numerous contributions Irish-Americans have made to the educational, political, and cultural life of America, it is important that we honor their many contributions and continue to support the unique relationship between our shared history and people. I’m glad to join Congressman Richard Neal, Co-Chair of the Friends of Ireland, to ensure this strong relationship continues for the next generation of American.”

At the time, Senator Toomey said: “With this legislation, highly-skilled Irish workers can apply for the E-3 nonimmigrant visa program to continue this tradition. I appreciate Senator Durbin working with me on this bipartisan immigration bill, which will strengthen America’s relationship with Ireland.”

Senator Durbin said at the time: “The United States and Ireland have long championed the ideals of liberty and freedom, which has allowed our nations to form an unshakeable bond that nurtures these ideals.

“I thank Senator Toomey for again partnering with me on this bipartisan bill, which is a vital reiteration of not only our commitment to these principles, but also to our invaluable friendship with Ireland and its citizens. I remain committed to working to quickly pass this bipartisan legislation, as well as other critically-needed fixes to our broken immigration system.”