"Democracy is a fragile flower that is coming under increased pressure these days as charlatans and racists try and hijack the country’s institutions." 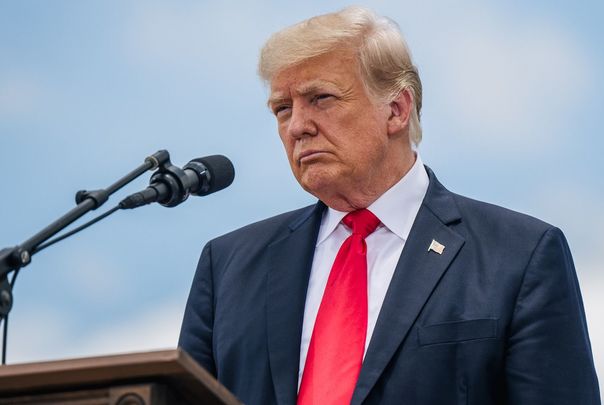 This year’s July 4th celebrations are a very timely reminder of the fragility of our democracy founded on that day 245 years ago.

Editor's note: This article was published on June 30, 2021, as the Editorial in the newspaper, the Irish Voice.

When George Washington was informed he had been elected president by the Irish-born secretary of the Continental Congress, Charles Thomson, he is said to have reluctantly accepted, knowing the rocky road ahead and the drastic change in his own life taking the position would bring about.

Luckily for America, he persevered, and when the time came he began the honored tradition of passing on the presidency to the next elected leader.

Throughout our history, Washington’s extraordinary decision not to become king, as many wanted, but to begin a new tradition called democracy, has been vital to the success of the United States of America.

The tradition has always been that the departing president buries the hatchet with his incoming rival for at least the day of the inauguration, and the great American system of governance continues.

But now there is a dark cloud on the horizon, a former president who just last weekend made clear in his first big public appearance since he was defeated that he will never accept that he lost the 2020 election to Joe Biden.

If Donald Trump were around in 1776 there’s no doubt that we would be living in a corrupt monarchy now and a completely different America.

There is imminent danger in what Trump is attempting to do.  He’s trying mightily to delegitimize the presidency and tumble the greatest transfer of power in world history by refusing to accept defeat.

This is not some passing issue that will fade with time but one that Washington himself would recognize as being of severe and critical importance for the institution he loved and cared for.

Trump does not believe in government of the people, by the people, for the people. He is currently having lackeys conduct phony election counts on a contest that ended last November and is, apparently, seriously promoting the insane QAnon notion that he should be back in office in August.

He is certainly delusional but he is also seriously dangerous.  His followers have created a cult-like atmosphere around him where whatever he says is taken as gospel, even though he spouts untruths and outright lies.

The fact that a narrow majority of Republicans believe the election was stolen from Trump is almost incomprehensible given that Trump’s own attorney general, and the person in charge of security for the elections, both confirmed there was no fraud. Recount after recount in Pennsylvania and Georgia showed minimal differentiation of vote totals.

Despite all that, about 30 million Americans have chosen to suspend belief and accept Trump’s outrageous attempt to hijack the most sacred office in the country.

We should pause and consider that this July 4th, the birth date of the modern democratic movement which later swept many countries in Europe and around the world.

Yes it is faulty, yes it can be frustrating, yes it can allow outrageous allegations to be made, but no one yet has come up with a better system.

Make no mistake, what Trump is seeking is not democracy but autocracy where he could rule by pretending to be democratic but controlling all the institutions and likely seeking to jail his opponents, as he promised to do with Hillary Clinton and Biden.

These are dangerous times.  We should remember the greatness of what was achieved back in 1776.

We should also remember democracy is a fragile flower that is coming under increased pressure these days as charlatans and racists try and hijack the country’s institutions from within.

It is time for all Americans to pledge to keep this country free and democratic and open, and free of autocrats like Trump.