Democracy is on the line in post-Trump chaos

It is such a dangerous period that we cannot forecast with any certainty how this battle will pan out and whether we are on the verge of losing our democratic system or not. 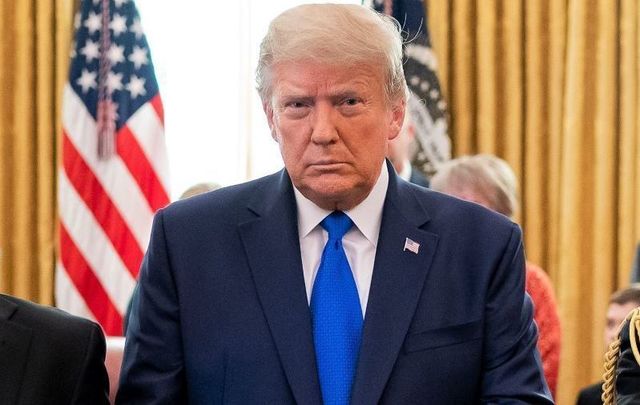 When the history of this era is written, it will focus on the greatest threat to democracy in America since the U.S. Civil War.

It is such a dangerous period that we cannot forecast with any certainty how this battle will pan out and whether we are on the verge of losing our democratic system or not.

We are so busy arguing the spin on the main stories of the day that we miss the historical moment we are living through which could change America forever.

The very notion of democracy is being undermined and a determined effort to replace it with fake democracy is underway. Autocratic democracy where leaders like Putin in Russia or Orban in Hungary pretend to hold elections.

Holding all the cards has become the aim of the Republican Party, Fox News, and a slew of right-wing, sometimes fascist groups like the Proud Boys who want to be the army of the right.

What Donald Trump and his cohorts are attempting is no less than the destruction of what George Washington fought for, what Abraham Lincoln died for, and what countless millions of Americans lost their lives fighting for either at Normandy or Gettysburg or Yorktown.

The Trumpers want to hold elections that are neither free nor fair, but ones where the scales are heavily tipped in their direction.

Once in power, they will unleash endless investigations against perceived enemies (we already have seen how they corrupted the Justice Department) and they will have the shills at Fox News run by the biggest turd in publishing history, Rupert Murdoch, defending and approving everyone of these tactics.

As Matthew Dowd, a former top aide to George W. Bush stated recently, there is no shaming the GOP anymore. They have gone past that point.

Viewed from 30,000 feet, the reality is obvious: There is an unprecedented and skillfully led effort to end democracy as we know it. New voting bills severely limiting access to minority voters are passing through scores of Republican state legislative bodies.

Likewise, any officials who defied Trump are being replaced in droves, as are African Americans who are being thrown off election boards all over the country.

The propaganda machine at Fox is churning out a daily diet of outrage, lying blatantly about what happened on January 6 and perpetuating the Big Lie that Trump actually won the election.

There is no Republican Party anymore, no John McCain or Bush or any moderate, business-oriented traditional Republicans, all of whom have been obliterated by the Trump hate machine.

But the Trump handmaidens like Mitch McConnell and Kevin McCarthy, minority leaders of the Senate and House respectively, refused to stand by the courts, refused to accept the verdict of Trump’s own cybersecurity experts that the election was fair, and decided to keep their snouts in the Trump trough.

Meanwhile, on the Democratic side, useful fools like Senator Joe Manchin continue to hold out hope for what Mister Magoo would even see is a foolish mirage -- working across the aisle with the party of Trump.

These are fateful days and the future of democracy is on the line, insane as that might seem. Even crazier is the fact that there is a reasonable expectation that Trump and his acolytes will win out.

*This editorial first appeared in the June 23 edition of the weekly Irish Voice newspaper, sister publication to IrishCentral.