QAnon conspiracy theorists are convinced that there was a hidden message in the decision to bathe the White House in green light on St. Patrick's Day. 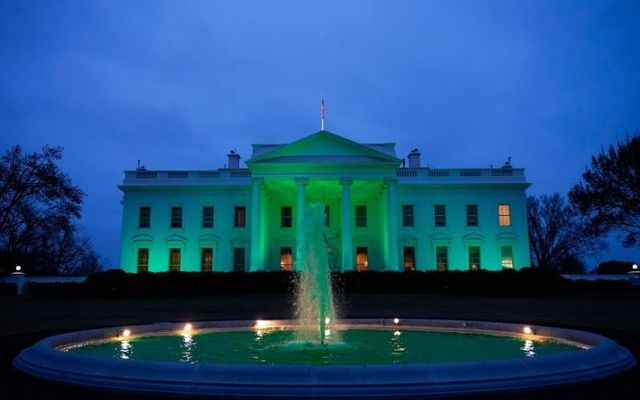 QAnon conspiracy theorists believe that the decision to bathe the White House in green light on March 17 had little to do with St. Patrick's Day and instead believe that the US Government was subtly justifying their beliefs.

The White House is traditionally bathed in green light on St. Patrick's Day along with dozens of iconic monuments around the world, but QAnon conspiracy theorists are convinced that this year was different.

Telegram channel QNews TV, which has more than 53,000 subscribers, posted a picture of the White House bathed in green light on Wednesday alongside the caption "we are winning big".

Some QAnon supporters now believe that the traditional St. Patrick's Day message was actually a signal that their "plan" is still going ahead.

QAnon supporters often interpret the color green as a "go" sign and hoped that the next phase of their plan would take place on Wednesday night.

Meanwhile, We The Media - a hugely popular Telegram channel with more than 200,000 subscribers - interpreted a St. Patrick's Day discount sale at Trump Winery in Virginia as a cryptic message that gave their "plan" the go-ahead.

The Telegram channel pointed to the fact that Trump Winery "just happens to be having a 17% off deal on wines on the day associated with the color green".

QAnon supporters place deep significance on the number 17 as "Q" is the 17th letter of the alphabet, but the St. Patrick's Day discount was more likely a reference to Ireland's national holiday, which takes place on March 17.