Irish Americans across the US have welcomed President Biden's nomination of Claire Cronin as the next US Ambassador to Ireland. 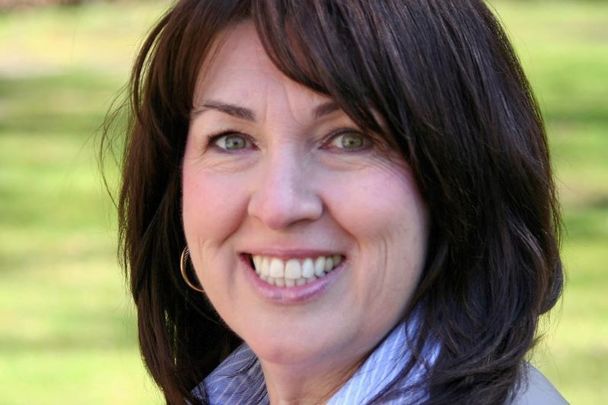 Claire Cronin as been nominated by President Joe Biden to be the next US Ambassador to Ireland. Facebook

The Ancient Order of Hibernians has welcomed President Biden’s appointment last week of Massachusetts State Representative Claire Cronin to be the next ambassador to Ireland.

Biden named Cronin, one of his top supporters in Massachusetts, to the Dublin post last Wednesday, June 23.

“The alacrity in making this nomination shows an appreciation by the administration of the very ‘special relationship’ that the U.S. and Ireland enjoy, a relationship that predates America's independence,” the AOH said in a statement.

“The importance of the role that Ms. Cronin has been put forward for cannot be overstated, specifically given the turmoil which the United Kingdom's decision to pursue Brexit has and continues to cause. With its large English-speaking population, Ireland has now become the natural gateway for American business to the European Union, not to mention Ireland in its own right being at the forefront in the key technologies of the 21st century.

“Sadly, we have seen increasing resistance by the United Kingdom to honor the commitments they agreed to under the Brexit Withdrawal Agreement including the Northern Irish Protocol designed to protect Ireland's open border. America needs to renew and make clear that the peace of the island of Ireland is a U.S. priority, and that it expects that all parties honor their commitments under both the Good Friday Agreement and the Brexit withdrawal agreement. A strong U.S. presence is key to that end; we are confident that as ambassador, Ms. Cronin is up to the task.”

Cronin, 61, was a key figure in Biden’s Massachusetts primary win when he succeeded in defeating hometown candidate Senator Elizabeth Warren for the state’s nomination.  She was also given the major perk of appearing on national television during the Democratic National Convention announcing Biden’s primary victory in her state.

“I am deeply honored to be nominated by President Biden for ambassador to Ireland, especially given the President’s and my own Irish roots,” Cronin said in a statement released by the White House on Wednesday.

“If confirmed, I look forward to serving as ambassador and working with our partners in Ireland on both the challenges and opportunities ahead of us.”

The White House said in a statement, "During her service as a legislator, Cronin was also vice chair, and then chair, of the Committee on the Judiciary. As chair of the committee, Cronin was the architect of significant pieces of legislation, including major criminal justice reform and police reform.

“Before that, she worked in Liaison and Constituent Services in the Office of Massachusetts Governor, Edward King.  Cronin earned her B.A. from Stonehill College and her J.D. degree from Suffolk University.”

Congressman Richard Neal of Massachusetts, co-chair of the Friends of Ireland in Congress, applauded Cronin’s nomination.

“She made history by being the first woman to serve as majority leader in the Massachusetts Legislature, and once confirmed by the Senate, will play a significant role in helping to strengthen the bonds between the United States and Ireland," Neal said in a statement Wednesday.

"This is an important posting and that is why I look forward to working closely with the ambassador-designate on a range of issues to reinforce and expand our unique transatlantic partnership."

Very welcome news: US President @JoeBiden has announced Massachusetts state representative & lawyer Claire Cronin as his nominee for Ambassador to Ireland. We look forward to welcoming her to #Ireland.
🇺🇸🇮🇪🇺🇸🇮🇪🇺🇸🇮🇪🇺🇸🇮🇪