Boston columnist lashes out at Claire Cronin, a possible Biden pick for US Ambassador role. 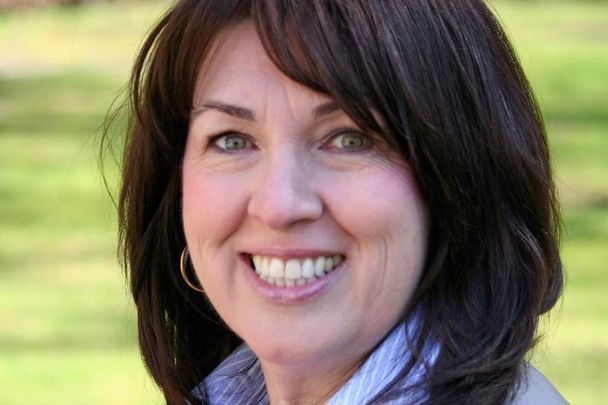 A Boston Herald columnist and former Fox editor has not even waited to see who President Joe Biden appoints as US Ambassador to Ireland but has launched a vicious attack on the leading candidate.

Columnist Joe Battenfeld, at the Boston Herald, went ahead and slammed Claire Cronin, a Massachusetts state legislator and lawyer, even though she has not been named as yet by President Joe Biden but is considered the favorite. (We were first to predict she is the top choice).

It is a new low in political journalism by Battenfeld attacking someone not even officially announced simply because she's not a filthy rich millionaire, as most Republican choices have been.

He wrote: “President Joe Biden is reportedly about to lower the bar by plucking out of obscurity an Easton state rep to become the next ambassador to Ireland.

“State Rep. Claire Cronin, whose only national exposure is standing in front of a convention of Democratic hacks to pledge her state’s delegates to Biden, is reportedly in line to take a job that has previously been filled by multimillionaire philanthropists, former politicians, and political royalty.”

Does Battenfeld really think being a multi-millionaire helps to be a better ambassador?

He skipped Cronin’s role in fighting for justice for abused children and helping expose cover-ups in the Boston hierarchy, led by Cardinal Bernard Law.

Having a political fighter who is also a human rights lawyer and determined advocate for the underdog sure feels a better choice to me than another billionaire boyo like departing  Donald Trump ambassador Edward Crawford who left very little stamp on the place.

Battenfeld gets to the  heart of his argument by writing: ”But Cronin has something not many Massachusetts Democrats can claim to have — a longstanding and undying loyalty to Biden.”

So? Is that what an ambassador is expected to have for the president who picks him or her?

Battenfeld says “The president in fact picked her for the plum assignment of announcing how many delegates he won at the Democratic National Convention. Biden won the state — including beating home-state favorite Elizabeth Warren — in the state’s presidential primary, and Cronin stuck by Biden even when it looked like he was down and out.”

With all due respect Battenfeld, all that seems like a perfect reason to pick her.

He says “Among the other competitors she beat out is former Lt. Gov. Thomas P. O’Neill, son of former Speaker “Tip” O’Neill, who no doubt coveted the Irish posting as a capper to a long, successful career in lobbying and politics, and former U.S. Sen. Chris Dodd of Connecticut.” (Dodd did not compete for the job,)

He’s right about the competition. It seemed like at one point there were ten or so serious contenders and it looks like a human rights lawyer and an able politician is Biden’s choice.

At least wait until that’s confirmed Battenfeld before sliming a very worthy woman. Or was it just a slow day?