Rep. Kevin Boyle believes "Irish Americans would be well-served if we better understood the incredible contribution Ulster Scots culture has had" on the US. 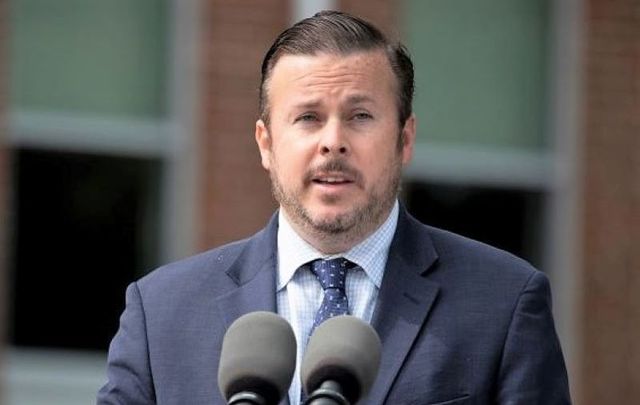 Kevin Boyle of the Pennsylvania House of Representatives has confirmed that his resolution to designate July as Ulster Scots Heritage Month in the state of Pennsylvania has been passed.

“July will be 'Ulster Scots Heritage Month' in Pennsylvania after the resolution I introduced in the House," Kevin Boyle said in a tweet on June 24.

"As an Irish American I am committed to building stronger ties with the British Protestant unionist community in the north of Ireland."

Introducing his resolution earlier this month, Representative Boyle said: “I am proud to rise today to honor the heritage and legacy of Ulster Scots here in the United States, Ireland, the United Kingdom, and the world.”

He continued: “While the people of Ulster and its descendants across the world are a proud and accomplished people, any discussion of Ulster heritage would be off mark if it did not acknowledge suffering from conflict that has occurred over the last 400 or 800 years, depending on your perspective.

“This legacy of hurt so many families have experienced was well captured by Prince Charles as he graciously described the hurt his family experienced during The Troubles.

“Prince Charles was also on point when he discussed the necessity for all of us to do all we can to prevent conflict in the future.

“Recently, tensions have increased due to the United Kingdom’s decision to leave the European Union. There have been riots in Belfast and Derry - or Londonderry, depending on your perspective - and across the north of Ireland.

“There have also been attacks on police and masked men parading through the streets of Portadown just this week.

“These images have brought back horrible memories of The Troubles which the landmark Good Friday Agreement ended.

“At a time like this, as an Irish American, I thought we here in the Pennsylvania House could show a united front for progress, peace, tolerance, and mutual understanding.

“Personally, I believe Irish Americans can be a force for peace like they were with the peace process.

“To that, I believe Irish Americans would be well-served if we better understood the incredible contribution Ulster Scots culture has had on the country that we are proud to call home today, America.

“From the very beginnings of our American republic, no group has fought harder or sacrificed more to maintain American freedom than Ulster Scots. From Ulysses S. Grant, commanding general of the Union army during the Civil War which ended the slavery of African Americans, to John McCain, who nobly honored his oath of fidelity to the US Constitution by refusing to be released early by his captors ahead of fellow prisoners of war, all Americans owe a great debt of gratitude to this proud tradition which has always put a premium on Christian faith, fidelity to the US Constitution, military service, and family.

Notably, Kevin Boyle is brothers with Congressman Brendan Boyle who has emerged at the forefront of the Irish American effort to protect the Good Friday Agreement.

Kevin Boyle first revealed that he was introducing his Ulster Scots Heritage Month resolution back in January, noting that it had "unanimous support from the PA House Irish Caucus."

In the wake of Boyle's resolution, Sir Jeffrey Donaldson, the next head of the Democratic Unionist Party (DUP) in Northern Ireland, said he looks forward to engaging with Boyle to "build those stronger ties:"

As a proud Ulster Scot, this is very welcome from @RepKevinBoyle and I look forward to engaging with you and your colleagues on the Hill as we seek to build those stronger ties. https://t.co/kAjmTM4lvs

This is a great move, very proud of my Ulster Scots Heritage, a key part of my Irish identity. https://t.co/gFNGMbps0b