The US and Ireland "have always shared a deep spark," President Biden said while marking the start of Irish-American Heritage Month 2021. 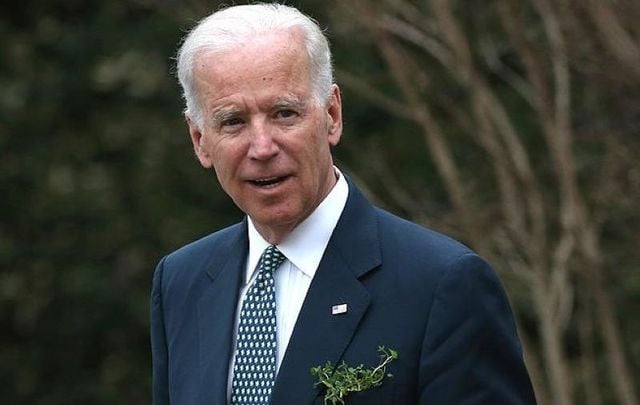 President Joe Biden, himself a proud Irish American, has officially launched Irish American Heritage Month by way of a proclamation issued on March 1.

According to information gathered in 2019, 30.4 million or 9.2% of US residents claim Irish ancestry, and 111,886 foreign-born U.S. residents reported Ireland as their birthplace, so there's sure to be a lot of Irish celebrations across the US this month!

Since before the founding of our Nation, Irish immigrants have arrived on our shores with an unyielding spirit of determination that has helped define America’s soul and shape our success across generations. Driven by the same dreams that still beckon people the world over to America today, so many crossed the Atlantic with nothing but the hope in their hearts and their faith in the possibility of a better life.

That’s what brought the Blewitts from County Mayo and the Finnegans of County Louth to the United States. For years, they brought Ireland into their homes in America. Working hard. Raising families. Remembering always where they came from. By 1909, my grandparents Ambrose Finnegan and Geraldine Blewitt met and married in Scranton, Pennsylvania, and passed on to my mother, Catherine Eugenia Finnegan Biden, a pride and a passion that runs through the bloodstream of all Irish-Americans.

The story of the Irish the world over is one of people who have weathered their fair share of hard times, but have always come out strong on the other side. From often humble beginnings, Irish Americans became the farmers, servants, miners, factory workers, and laborers who fed our Nation, kept our homes, and built our industry and infrastructure. They became the soldiers who won American independence, died to preserve our Union, and fought in every battle since to defend America and its values.

Irish Americans became the firefighters and police officers who have protected us. They are the activists who organized unions to give voice and strength to America’s workers. They are the educators who taught generations of American students and the public servants who have answered the call to service in the halls of the Congress, the Supreme Court, and the White House.

We owe a debt of gratitude to the Irish-American inventors and entrepreneurs who helped define America as the land of opportunity. Irish-American writers pollinated America’s literary landscape with their love of language and storytelling, while Irish lyricism has brought poetry, art, music, and dance to nourish our hearts and souls.

As I said when I visited Dublin in 2016, our nations have always shared a deep spark — linked in memory and imagination, joined by our histories and our futures. Everything between us runs deep:  literature, poetry, sadness, joy, and, most of all, resilience. Through every trial and tempest, we never stop dreaming.

The fabric of modern America is woven through with the green of the Emerald Isle. This month, we celebrate the sacrifices and contributions that generations of Irish Americans have made to build a better America, and we renew the bonds of friendship that will forever tie Ireland and the United States.

NOW, THEREFORE, I, JOSEPH R. BIDEN JR., President of the United States of America, by virtue of the authority vested in me by the Constitution and the laws of the United States, do hereby proclaim March 2021 as Irish-American Heritage Month. I call upon all Americans to celebrate the achievements and contributions of Irish Americans to our Nation with appropriate ceremonies, activities, and programs.

IN WITNESS WHEREOF, I have hereunto set my hand this first day of March, in the year of our Lord two thousand twenty-one, and of the Independence of the United States of America the two hundred and forty-fifth.