Ireland’s infection rate is the worst in the world, it’s time to get jabbing 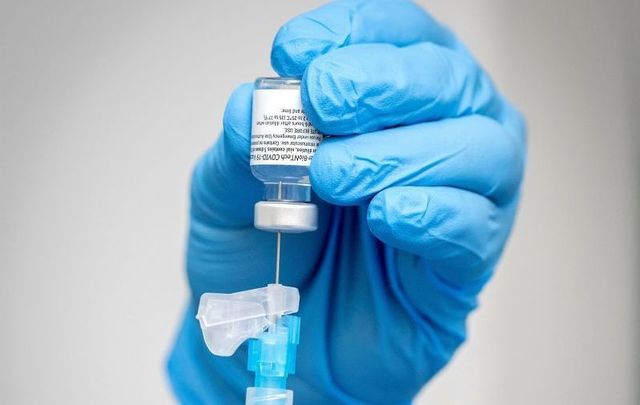 We're now paying the price for the loosening of Covid-19 restrictions here in Ireland in the weeks before Christmas.  Infection rates are soaring, with 6,000-7,000 new cases a day last week in comparison with the 200 a day we were down to a month ago.

That had been achieved by the six week lockdown we went through from mid-October until the start of December. At that point, we were one of the best countries in Europe at controlling Covid.

So, despite warnings that they were playing with fire, the government decided people here should be allowed to have as normal a Christmas as possible. There was a partial reopening from the start of December. There were still restrictions -- only bars serving full meals could open, for example.

But as Christmas approached there was a general feeling that we could ease up a bit. The more flexible rules meant that all shops were open, more households could mix together and people could travel around the country instead of having to stay in their own county. It all meant more meeting and socializing.

Although most people tried to behave responsibly and almost everyone wore a mask when shopping, there was a noticeable relaxation in attitudes in the 10 days before Christmas. There was less social distancing as people did their Christmas shopping, more alcohol as people gathered together. And we are now paying the price.

We are back in full lockdown since Christmas Eve, the third lockdown here since the Covid crisis hit. It's due to last until the end of this month, but the way case numbers here have soared no one will be surprised if it is extended far into February.

There has been some criticism of the government for this, with accusations that they ignored warnings from the experts that opening up in December would inevitably lead to another lockdown in January. Which is exactly what has happened.

This third wave we are now going through is worse than before, with real fears that our hospitals will not be able to cope in the coming weeks. Already ICU capacity, ventilators, etc. are being pushed further than at the first peak early last year.

In fairness to the government, the relaxation before Christmas was a recognition that failure to do so would lead to a lot of people ignoring the rules and doing what they wanted anyway. So the decision was made to give people a bit of a break for the holiday.

If the wave we are going through now does not overwhelm the system the political damage to the government may be limited. But if we run out of ICU beds in the coming weeks, hospitals are full and deaths start to climb, that could change very quickly.

What the government -- and everyone else here -- is hoping is that we will be saved by the vaccines. That makes the slow rollout of the jab program here all the more incomprehensible.

The government and the health authorities have been talking up their plans but the implementation so far is poor. By last weekend we had vaccinated a total of 35,000 people here. The U.K. had vaccinated close to 1.5 million. We are also well behind many other countries in Europe.

There are reasons for this, but it does not look good. As the saying goes, when you're explaining you're losing, and that was never more true than it is now as we face into this virus crisis. People don't want excuses, they don't want promises, they want jabs in their arms.

The first problem has been supply. Most countries in Europe agreed to give the EU the task of sourcing, approving, and bulk buying vaccines, which would then be distributed to the member states proportional to populations. The logic was that it would avoid competition between countries, get better deals because of the size of the market, and make fast and safe distribution possible.

That sounds fine in theory. In practice, the EU has covered itself in red tape (as usual) and is taking far too long to approve vaccines (they still have not approved the Oxford-AstraZeneca jab) and to distribute supplies across Europe. Even politicians in EU stalwart countries like Germany and France are complaining.

The AstraZeneca vaccine is particularly important because it can be stored at normal fridge temperature (unlike the minus 70 required by the Pfizer/BioNtech vaccine) and for that reason is seen as the real game-changer. The U.K. has been using it for the past two weeks yet the EU is unlikely to approve it before the end of the month.

It's not just supply problems that are delaying things here. So far (up to last weekend) Ireland has got 82,000 doses of the Pfizer vaccine and there are a few thousand doses of the Moderna vaccine on the way (the only two approved by the EU so far). But it's taking too long to get them out there into people's arms.

Up to the weekend, we had vaccinated a total of 35,000 people here and almost all of them were frontline staff in our hospitals. Last week, our Health Service Executive (HSE) also started the program to vaccinate the old folk and staff in the 580 care homes around the country.

So far that is going slowly, with the HSE laying down rules about who can vaccinate, the consent forms that are needed, and so on. The program should speed up this week, but they are still saying that all the care homes will not be done until the end of February.

It always seems to be the way here  -- officials talking and covering their behinds and no real sense of urgency. There are still no detailed arrangements for getting all the GP doctors and nurses and the chemists in pharmacies around the country lined up to do the jabs when the AstraZeneca vaccine arrives here in large quantities.

These people give around a million flu shots a year so they know what they are doing. Why the HSE wants to complicate this is hard to understand.

Meanwhile, promises are being made to reassure an increasingly disgruntled public. Taoiseach Micheál Martin said a few days ago that he expects that 135,000 people here will be vaccinated by the end of February. At that rate, we would be at this for years!

But the intention is to ramp up the program from March onwards, according to the Vaccine Task Force set up to oversee the rollout. They are saying that we should be getting delivery of over one million doses in March and that by the end of the summer we should have got up to five million doses.

That would be enough to do up to 70 percent of the population, the point at which herd immunity is supposed to kick in. But getting delivery of the vaccines into the country and getting them into people's arms are not the same thing. Everything depends not only on delivery by the EU but on a fast and efficient rollout of the vaccine program by the health authorities here.

The HSE says it is organizing 65 vaccination teams made up of health workers and the health minister is saying they will work seven days a week and into the night. That will be a start. But it's unlikely to be enough.

The U.K. is now opening vast vaccination centers around Britain, each one capable of doing thousands of vaccinations a day. We need to be thinking along those lines, preparing for a 24/7operation on a massive scale. We need to involve every GP doctor and nurse in the country.

The goal should a walk-in service for anyone who wants a shot, as with the flu jab. Instead, the HSE has spent days, probably weeks, setting up a computerized national database to keep track of who gets the jab. And we still seem to be uncertain about whether we're going to give one or two shots to people here, one of the main reasons for having this data.

If we do manage to vaccinate 70 percent of the population by September or October, we will be over the worst of this and can return to something approaching normal at the end of the year, or early next year.

That is the hope. But our ability here to make a mess of things in the health sector means that nothing is guaranteed. For once it would be great if officialdom is not allowed to do that.