The Republic of Ireland reported the highest number of confirmed cases per million people in the last seven days, according to Bloomberg. 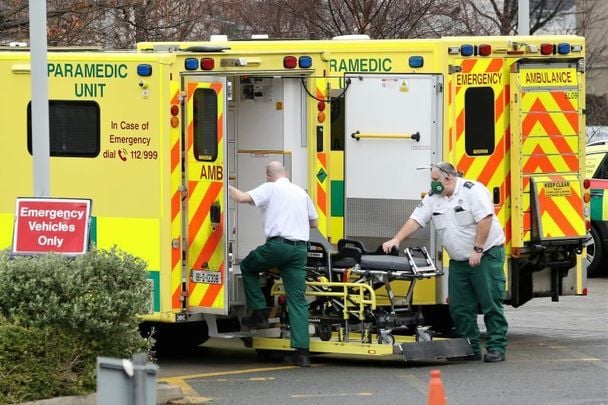 January 11, 2021: Staff at an ambulance outside the Emergency Department of St Vincents Hospital in Dublin. RollingNews.ie

More than 10,000 people per million people in the Republic of Ireland have tested positive in the last week.

The Republic of Ireland has had 10,100 confirmed cases per million people in the last seven days, according to information compiled by Johns Hopkins University, the World Health Organization, and others, and published by Bloomberg on January 11.

Ireland reported more cases per capita than any other country in the past week. @DaraDoy pic.twitter.com/AW8Yye15p9

Our World in Data, based at the University of Oxford, also reports that the Republic of Ireland has the highest seven-day rolling average of daily new confirmed cases per million people in the world as of January 11. 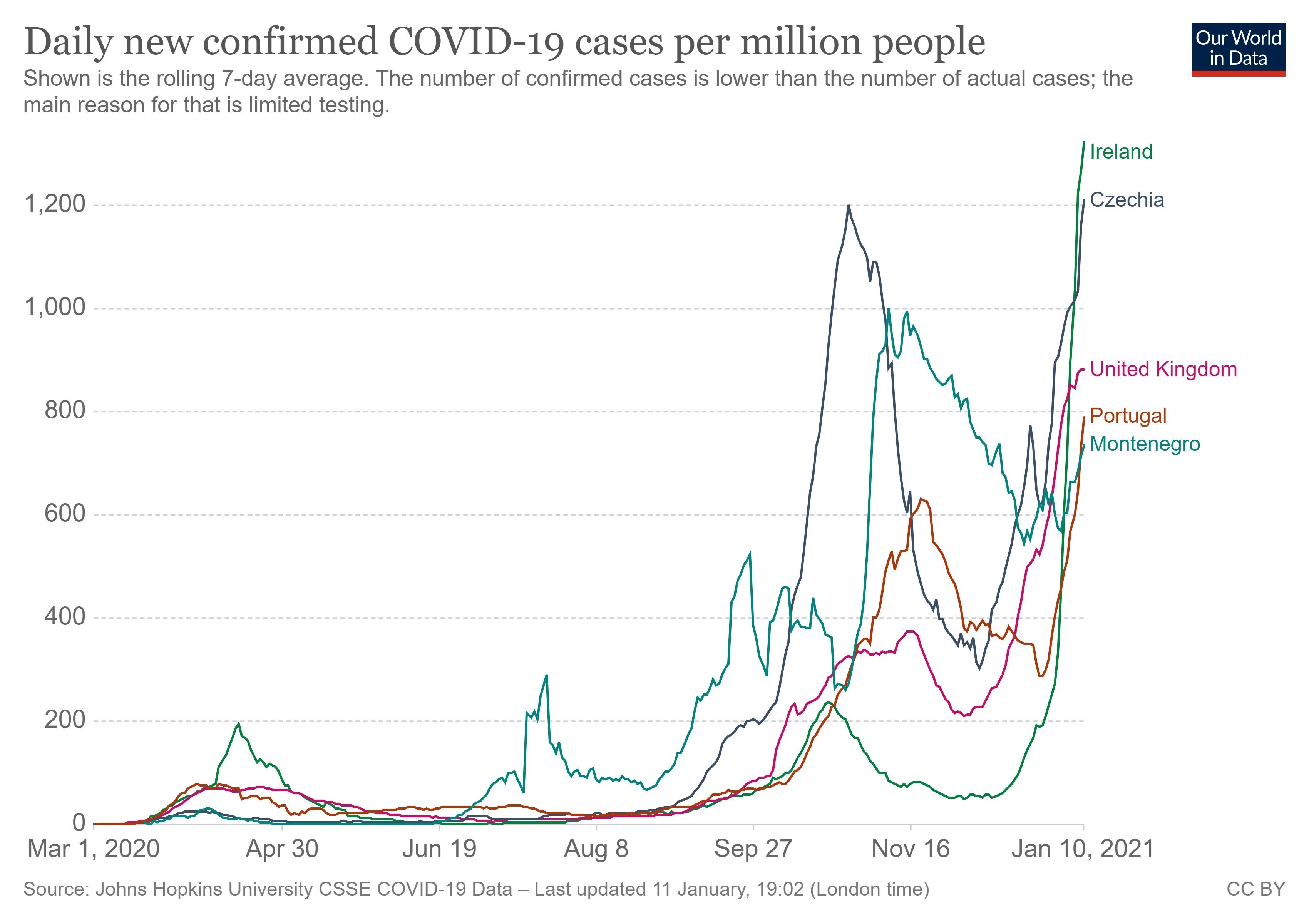 Daily new confirmed COVID-19 cases per million people as of January 11. (Our World in Data)

According to Reuters, the 10-fold increase in the 14-day infection rate over the past three weeks in the Republic of Ireland is attributed to the new variant as well as the relaxation of restrictions ahead of Christmas.

According to The Irish Independent on Monday, the latest sample of 92 positive tests examined by the National Virus Reference Lab shows that 45 percent of positive cases are of the UK variant, showing the strain’s ever-growing presence in Ireland.

Epidemiologist and health economist Dr. Eric Feigl-Ding highlighted the drastic increase in the country on Twitter on Monday:

BREAKING—Ireland 🇮🇪 says the B117 #SARSCoV2 variant now accounts for 45% of all 92 samples sequences. Up from 25% last week, and up from 9% 2 weeks before that. Ireland also loosens restrictions & cases up 10x from last month & seeing surge surpassing even England 🏴󠁧󠁢󠁥󠁮󠁧󠁿. #COVID19 pic.twitter.com/INTF1yewhm

Earlier, on January 8, Mike Bird, a reporter with the Wall Street Journal, said Ireland's surge was "like basically nothing anywhere else in Europe during the second wave:"

The Irish Covid case surge is like basically nothing anywhere else in Europe during the second wave. Hungary posted similar growth in early September, but because it was going from almost no daily cases to around 30 per million. Ireland logging >1,200 per million pic.twitter.com/LETQJa2HWj

On January 10, Newstalk reporter Ben Finnegan highlighted the Republic of Ireland's downturn by comparing these statistics;

In the past two weeks alone, Ireland reported 61,484 cases.