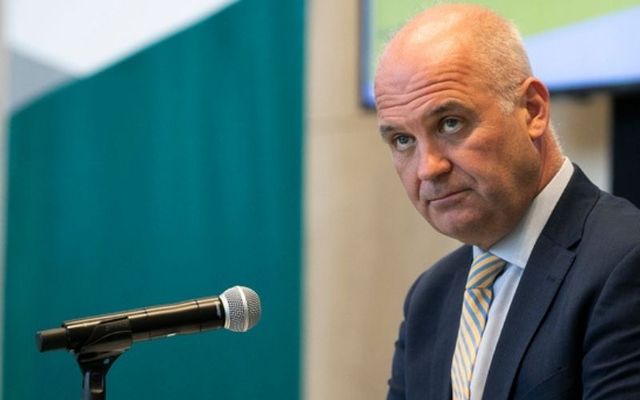 The leaders of the three governing parties - Micheál Martin, Leo Varadkar, and Eamon Ryan - are to meet Chief Medical Officer Dr. Tony Holohan on Monday to discuss the recommendations.

NPHET's recommendations will first come before the COVID-19 oversight group, which is made up of top civil servants, and the final decision on the recommendations rests with the cabinet.

However, the cabinet is not due to meet until Tuesday to discuss the recommendations.

Senior government source tells me level 5 recommendation unlikely to be approved. Dublin likely to go to level 4, the rest to level 3.

NPHET's recommendations were met with widespread anger and shock on Sunday night since a move to Level 5 would effectively place Ireland under a second lockdown.

Placing Ireland on Level 5 would once again confine Irish people to within 5km of their own home and introduce a ban on interactions with people outside their household.

All non-essential retail would close again while bars and restaurants would move to take away only.

All sport, including the rescheduled All Ireland football and hurling championships, would be canceled. Ireland's soccer international against Wales on Sunday would also become a doubt.

All gyms and leisure centers would close, while schools and playgrounds would remain open with increased safety measures.

The recommendations have been met by considerable pushback within the Government.

HSE Chief Executive Paul Reid additionally said that other considerations must be seriously taken into account before contemplating a move to Level 5, including people's mental health and the economic risk of the recommendations.

There's obvious concerns about the trends on #COVID19. But we also know the impacts of severe & regular restrictions in society on the public health, wellbeing, mental health and the economy. Level 5 recommendation to Government has to be considered in this context too. @HSELive

The Restaurants Association of Ireland (RAI) has condemned NPHET's recommendations, warning that "180,000 jobs will be gone" if Ireland moves to Level 5.

Meanwhile, Padraig Cribben, Chief Executive of the Vintners Federation of Ireland, told Newstalk that the move would cripple the bar and restaurant industry.

"This is not living with COVID. This is death by COVID, it’s death by COVID for the businesses certainly that I represent, a big percentage," Cribben said.

Most of the country is currently on Level 2 of the Irish Government's Living With COVID plan, meaning that the majority of counties would jump three levels in one day if the Government accepts NPHET's recommendations.

If the majority of the country is moved to Level 3, as some journalists report, then they will still be placed under further restrictions, albeit far less severe.

Restaurants and bars would be able to remain open with further safety measures in place, while gyms and leisure centers could also continue to operate.

People would also be able to welcome visitors from one other household into their home.

Non-essential retail, such as clothes shops, can continue to remain open, while elite sports can also continue.

Residents would be unable to leave their own county under the Level 3 restrictions, while cinemas and museums would close.

If Dublin is placed under Level 4 restrictions, all home visits will be banned and gyms and leisure centers will close.

Restaurants and bars can only operate outdoor services under Level 4, although this was already the case in Dublin.

Religious services will be moved online under both Level 3 and Level 4, except for weddings and funerals.

Dr. Mary Favier, a member of NPHET, told RTÉ's Morning Ireland that something has to be done to stop the recent spread of the virus to take the strain off the Irish healthcare system in November and December.

There are currently 150 confirmed cases of the virus in Irish hospitals with 20 patients requiring intensive care.

She said that there is "a dread and a fear of the winter" across the healthcare services as COVID-19 cases escalate and said that there could soon be more than 1,500 cases a day if things didn't change. She said that an increase in cases would put Irish hospitals and intensive care units under significant pressure.

However, she conceded that most GPs would only accept a move to Level 5 with "absolute reluctance."