Taoiseach Micheál Martin announced that Ireland would be moving to Level 3 COVID-19 restrictions from next Tuesday. 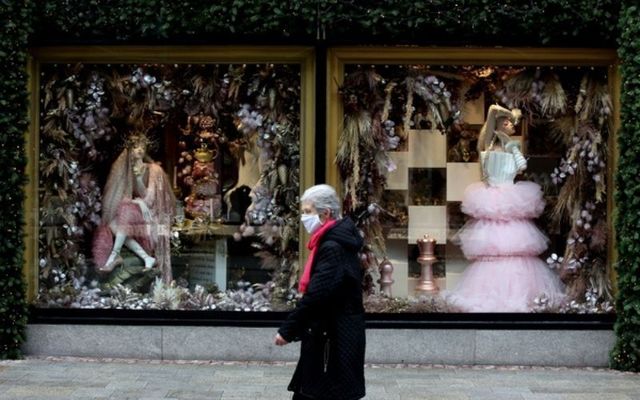 Taoiseach Michéal Martin announced on Friday that Ireland would be moving to Level 3 on the Living With COVID Plan ahead of the Christmas period; here's everything you need to know about the eased restrictions.

After spending six weeks under the Irish Government's strictest COVID-19 restrictions at Level 5, Ireland will move to more relaxed restrictions on December 1 when it moves to Level 3.

The move will allow non-essential retailers, libraries, gyms and leisure centers, and hairdressers and barbers to reopen across the country after six weeks of uncertainty and closures. Museums, cinemas, art galleries, tennis courts, and golf courses will additionally be able to reopen from Tuesday, December 1.

Places of worship will also be permitted to open for up to 50 people from next Tuesday, while the Government has issued updated advice on face masks by asking people to wear face coverings on crowded outdoor streets and in places of worship.

Up to 25 people will be permitted to attend funerals and weddings under the new restrictions, while hotels and guesthouses can reopen with services limited to residents only.

People will also be allowed to travel anywhere within their county having been confined to within 5km of their own home for the past six weeks.

From December 4, restaurants and pubs that serve food will be permitted to reopen for indoor dining with additional restrictions in place. Restaurants and gastropubs will be allowed to serve a maximum of six customers per table from next Friday, provided they prepare the meals on-site.

Hotels will also be able to reopen their restaurants to non-residents from next Friday, but pubs that don't serve food will be forced to remain closed, Micheál Martin confirmed.

Some "wet pubs" had previously circumvented the Irish Government's "substantial meal" requirement by collaborating with local takeaways to serve food, but they will no longer be able to do this due to the new restriction that requires establishments to prepare meals on-site.

Wet pubs will still be permitted to operate takeaway and delivery, however, while Martin confirmed that additional financial support will be made available to pubs that are forced to remain closed over the Christmas period.

People will be allowed to travel outside their own county for a two-week period until January 6 to allow families to reunite over Christmas.

A total of three different households will also be permitted to gather indoors in a home setting from December 18 until January 6.